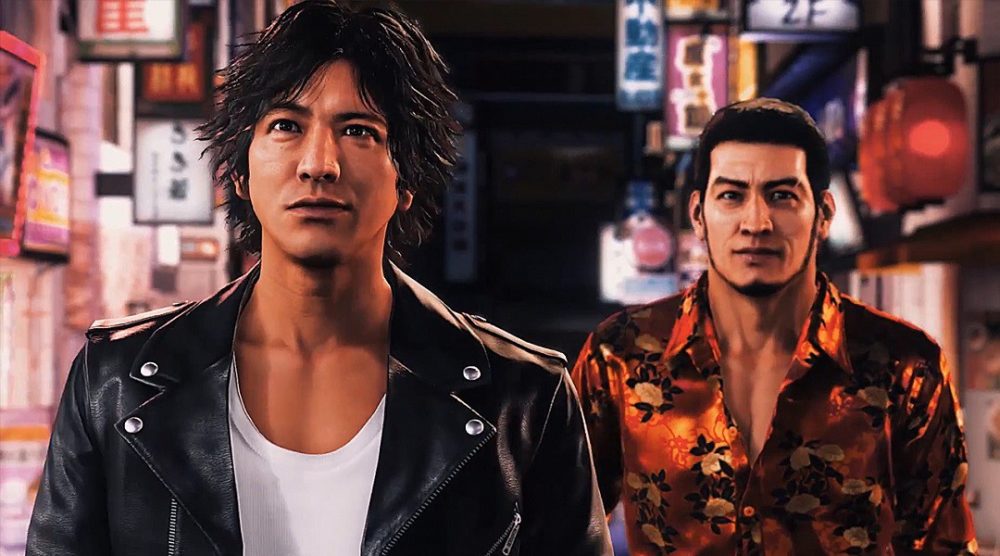 Judgment presents a rare opportunity for Ryu Ga Gotoku Studio to bring in new fans, ones that don’t need to worry about being lost in the history and many sequels of the Yakuza series. Even though it sports a different name, so much about Judgment still appeals to the Yakuza experience, and that’s a good thing.

After playing through the first chapter of the game, I can say that Judgment feels like a wholly new chapter in the Yakuza series, even though its a brand new story. It uses many of the same ideas of the latter series, but it’s the first game in the Dragon Engine that feels fully realized, and you can tell Ryu Ga Gotoku is experimenting and trying new things.

Judgment tells the story of Takayuki Yagami, a disgraced lawyer who now works as a Private Investigator in Kamurocho. Yes, the same Kamurocho as Yakuza. The game opens with Yagami and his partner Masaharu Kaito, an ex-Yakuza, trailing a target for one of their clients.

Before long, Judgment introduces you to its “unique” gameplay elements. These include trailing a target and hiding behind objects to avoid being seen, a lockpicking mini-game to open doors, controlling a surveillance drone, and searching areas in first-person to look for clues.

The best part is that Ryu Ga Gotoku knows that these systems shouldn’t take center stage, and don’t put a huge emphasis on them. Lockpicking is one of the least frustrating lockpicking mini-games I’ve ever played, tailing is simple and generally plays out quickly, and examining clues liberally rewards you with experience for searching around.

Judgment lets you run around Kamurocho as you see fit, meeting new friends, playing mini-games, dining at restaurants and much more. The city feels a bit more lively and bustling than the past two Dragon Engine games, and a couple of quality of life improvements really help.

You can now simply press the X button to have Yagami run, and you don’t have to jam on it GTA style; just one press and he runs until you stop. Pressing the touchpad will bring up the map, where you can search a list of locations for mini-game stops, restaurants and more, making it much easier to find specific locations you need.

Much of the formula present is still Yakuza-inspired, and anyone that played the previous couple of entries will feel right at home.

Judgment’s combat also feels like a step forward. Yakuza 6 brought a whole new combat engine with the Dragon Engine that while visceral felt a bit underdeveloped. Yakuza Kiwami 2 then improve on that by tightening controls and animations, while bringing back more weapons and Heat Actions.

In Judgment, Yagami can switch between two different combat styles, Crane and Tiger, which are built for different situations. Crane has sweeping attacks that hit multiple enemies at once and knock them back, while Tiger more focuses on a specific enemy and taking them down quickly.

You can realistically do any fight with either one, but the variety is nice, and Yagami is a much more agile fighter than Kazuma Kiryu, although he lacks the raw power. Yagami can also jump off of walls to surprise enemies, or climb up on cars to get a height advantage.

Judgment’s combat feels quick and dynamic, and while the first chapter’s combat felt a bit limited, one quick looks at the Skills menu showed me a ton of unlockable moves and abilities. Like every Yakuza game, I expect the combat will grow and evolve as you progress.

Right off the bat, however, what is outstanding is the dynamic between Yagami and Kaito. The two instantly feel like best buds, and play off of each other so well, even with just an hour or two of playtime under my belt.

Yagami is a bit more personable than Kiryu, and while he’s incredibly overconfident, there are clearly scars of his past that still haunt him to this day.

To add onto that, Judgment has phenomenal motion capture and voice acting, whether you’re playing the game on English or Japanese. The famed actor Takuya Kimura does a great job with the character and the English voice actor, Greg Chun, brings his own style and interpretation as well.

Considering all my experience with Yakuza I still found myself preferring to play Judgment in Japanese, but I also played through the first chapter in English and found it worked surprisingly well.

The biggest strength of the localization is that they still keep all the wackiness of Judgment intact, and it still feels like a uniquely Japanese game despite English voices.

Judgment quickly moves things ahead in the story to present a larger conflict, a mysterious serial killer known as The Mole is murdering Yakuza members and gouging their eyes out, leaving the grisly scenes for all to see in Kamurocho.

The first chapter has you solving a murder case, and one that opens up the door to many more questions and possibilities. It honestly feels like the first episode of a drama, and it wildly succeeds in that way.

There are some great improvements over the last couple Yakuza games that I really appreciate, and as a whole the animation just feels much smoother.

The Dragon Engine still looks fantastic, and Judgment constantly uses moody lighting to help set that noir detective tone. Only one chapter in and the characters already have me hooked. Whether or not the story goes satisfying places, I know that I’m already interested in seeing the lives of Yagami, Kaito, and others play out.