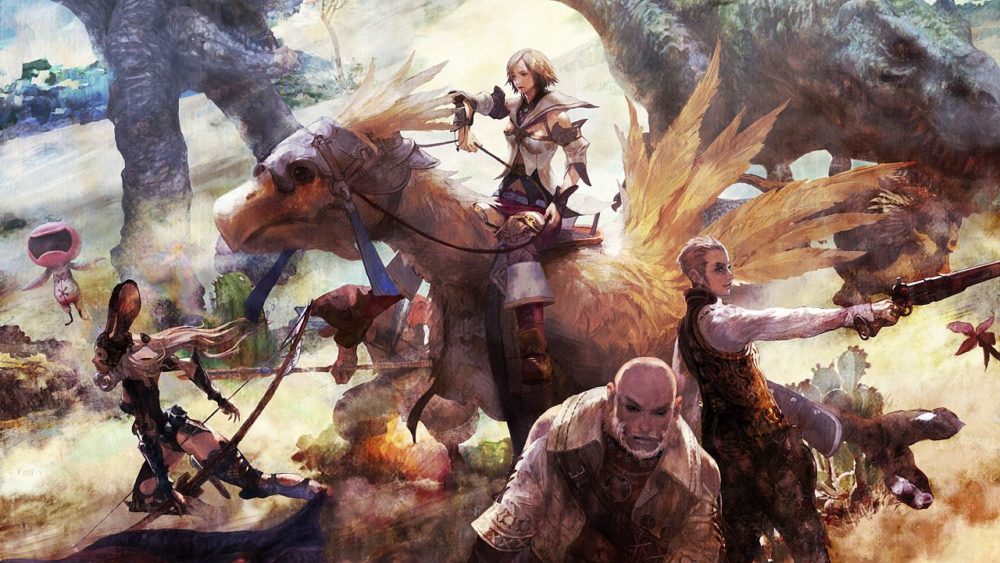 The Nintendo Switch has received a flood of Final Fantasy titles recently, but now we see one of the most ambitious titles from the franchise hit the system, Final Fantasy XII. This underappreciated gem got a new lease on life in 2017 with The Zodiac Age, adding a number of fantastic enhancements and changes.

That experience is now playable on the go, and as it turns out, the Switch is the perfect place to play it.

The most amazing thing about Final Fantasy XII on Switch is how uncompromised everything feels. This is the same experience you can have on PS4 and Xbox One, and although the resolution might take a very minor hit, everything runs incredibly well. Even in handheld mode the game looks gorgeous and plays seamlessly.

The main attraction here is being able to take the game on the go, and with a totally uncompromised port, Final Fantasy XII is simply a joy to play in handheld. Honestly, there’s almost something more interesting about playing The Zodiac Age on a handheld.

I’ve played through Final Fantasy XII four times at this point, but playing in handheld almost makes me feel closer to the action, like there’s some kind of new perspective.

It also helps that camera control is completely mapped to the right stick on Switch, meaning you can zoom in and out by simply moving the stick, instead of having to hold a button to adjust the camera.

The Zodiac Age isn’t just a simple port on Switch, though, as both the Switch and Xbox One versions come with a few brand new enhancements, past what the PS4 version had.

Chief among these is an incredibly useful feature that fans have wanted since the game first released, the ability to change jobs at any time. Once you progress enough to reach the Guild Hall for the first time, you can talk to Montblanc to change the License Board for any of your characters without consequence.

All of the LP you’ve spent gets completely refunded, letting you respec your character however you see fit. Needless to say, this is massively helpful, as you can rebuild your party if you find things just aren’t working for you, or if you want to simply try something new.

On top of this, the game lets you create additional Gambit Sets, letting you swap between three different sets for even more customization of your battle strategies. There’s also an improved New Game Plus that starts your party out at level 90, and lets you carry over a handful of items. Of course, all of these enhancements are also in the Xbox One version.

This means that The Zodiac Age now has a massive amount of changes over the original game, so much so that it feels like an entirely new experience. The greatest change is still the fast forward button, letting you speed up battles and slower sections of the game.

While the Xbox One and PS4 might have the advantage over Switch graphically, the difference isn’t pronounced enough that I’d trade what the Switch offers.

Those new changes, combined with the ability to play on the go, make Final Fantasy XII a phenomenal addition to the Switch’s library. In the past we’ve talked about how the Switch is the perfect JRPG machine, and that still holds true here.

Long JRPGs like Final Fantasy XII are a surefire hit for handheld, and it makes them so much more digestible. If you haven’t played Final Fantasy XII: The Zodiac Age yet, then the Nintendo Switch is the place to be.