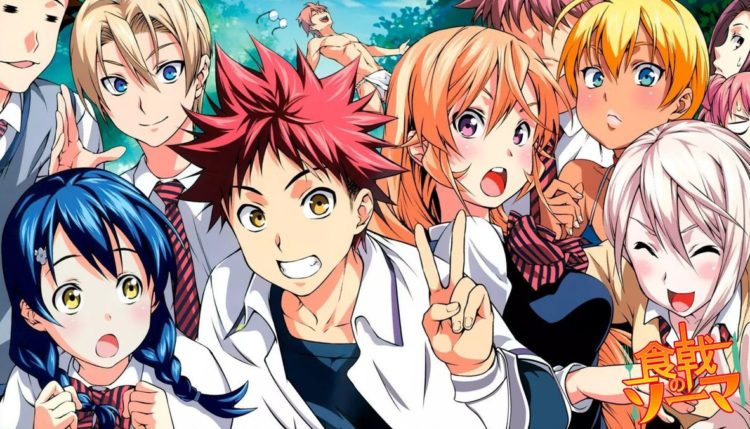 Shokugeki no Soma, better known as Food Wars! in the west, is set to end its more than 300 chapter run in Shonen Jump within three chapters according to an announcement by the publication.

Revealed on May 30, the announcement came in the form of a teaser image included in the Japanese manga publication’s most recent issue. The image states that the story will end in three more chapters, after which the series’ future is uncertain.

As of this time, no official statement has been given by the series’ creators Tsukuda Yuto or Saeki Shun, via social media or more official channels.

The promo image can be viewed via a reddit post containing a scan of the announcement here. The official image will be added once it becomes available.

First launched in November of 2012, Shokugeki no Soma follows the adventures of Yukihira Soma, a young man with a passion for cooking dishes in creative ways.

After being enrolled in the illustrious Totsuki Saryo Culinary Institute by his father, he sets out to establish himself as the best of the best, challenging the school’s top students for the right to be called the most skilled chef of his generation.

The series is currently wrapping up its BLUE arc, in which the main cast has competed against the best chefs in the world. This included Asahi, an unknown apprentice of protagonist Yukihira Soma’s father and the arc’s antagonist.

All of the series’ currently released chapters, as well as its upcoming final chapters, can be viewed via Viz Media’s official site.

The series also saw an anime adaptation, which has aired three cours to date. The fourth cour, which would cover the remainder of the Central arc, has yet to be confirmed with an announcement or release date.

All of the episodes that have been aired so far are currently available on Crunchyroll.

For more anime and manga-related news, check out Crunchyroll’s recent announcement that the Dr. Stone anime would be included in its summer simulcast schedule.