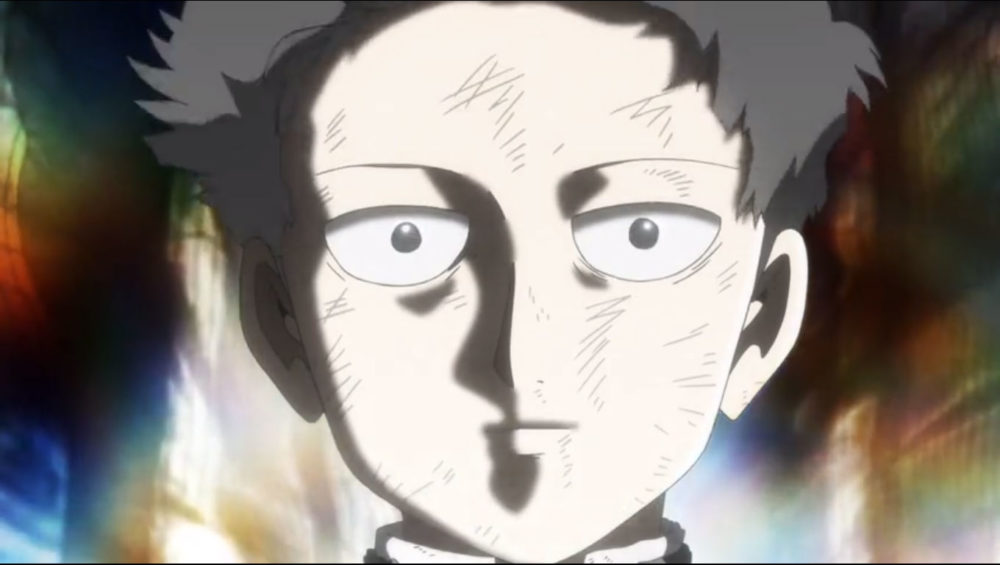 Showing your enemies the error of their ways is one of anime’s biggest tropes, as villains seemingly go from serial killing psychopaths to good people in the blink of an eye due to the protagonists’ intervention.

Shows like Naruto and Naruto Shippuden are guilty of this to the point that its community coined a phrase for the practice, known as Talk No Jutsu; an all-powerful technique that allows Naruto to show even the vilest of villains the light in a matter of minutes simply by talking to them.

Personally, I enjoy a lot of the ideas behind Talk No Jutsu, as there is nothing sweeter than turning someone from the dark side to the light sheerly based on empathy. It’s the execution that is flawed, as the messages and themes are always conveyed the same abrupt way.

Naruto meets these characters for the first time, battles them, talks to them in the middle of said battle, and changes their ideology to match his own with enough time left over to grab a bite to eat at Ichiraku Ramen.

Obviously, there are exceptions to this, but more often than not, enemies are convinced to be good again solely based on the common threads they share with Naruto.

They see a kid that had a tragic upbringing almost identical to their own, yet still managed to overcome those issues to be a hero, and are convinced there is still time to do the same thing themselves. The more this happens, the less impact it has, especially as the build-up and logic continue to decrease with each instance.

So what is the proper way to execute Talk No Jutsu? Look no further than Mob Psycho 100.

Whether its the show’s protagonist, Shigeo “Mob” Kageyama, or his con artist mentor, Reigen Arataka, the way Mob Psycho 100 addresses conflict feels far more natural than any anime before it, including Naruto.

A lot of this has to do not only with the lessons the characters learn throughout the show – that are later applied to these situations – but also its primary focus.

While there are certainly plenty of flashy sequences and amazing fight scenes, Mob Psycho 100 primarily revolves around its main character’s internal struggle to find who he is without powers while also suppressing his emotions so that he doesn’t kill anyone with them.

As such, the majority of the time is spent with him actively trying to avoid fighting, keeping his emotions at bay.

Since Mob usually avoids fighting, the fact that talking is his go-to move feels natural and true to his character. Since he is also just a middle school kid with very little life experience of his own, this tactic usually fails to convince anyone at first.

Mob’s failure to convince everyone he runs into to turn over a new leaf results in making interactions less predictable, as there is no telling as to whether his words will have the right effect. Alongside this, it is important to note that, even though he is the main character, he isn’t perfect, often letting his emotions get the better of him.

Every time this happens, Reigen steps in. While his mentor may seem like a swindler out to manipulate him for profit on the surface, he always has his pupil’s best interests at heart.

Reigen is the one who instructs Mob not to use his powers against humans, as he believes that hurting other people is wrong, something that is a huge moral barometer for Kageyama’s personality and interactions in the show.

There are multiple instances where Shigeo must learn this, as he often almost freaks out on clients who hate spirits, only to be calmed down by his master.

Mob figures out how to deal with people he doesn’t agree as a result through Reigen, causing him to grow. If Naruto were in a similar situation, he’d just shrug off everything they say and try to be friendly…and it would work.

Not only is this not believable, but it is also lazy.

Mob Psycho 100 also has another believable character to deliver Talk No Jutsu: Reigen. As a character whose main characteristic/power is to be very persuasive and an excellent talker, it makes sense that this con artist is able to talk his way out of these insane situations, despite not being an esper.

Not only that, but every time Mob sees Reigen do it, he learns more about human interaction and how to talk things through himself. This may seem insignificant, but it is important to consider how difficult it is for Shigeo to learn these things while also keeping his emotions suppressed.

While Naruto also has plenty of heroic characters, there aren’t any instances of them being able to Talk No Jutsu the way he can in the show. This makes Talk No Jutsu feel more like a Deus Ex Machina ability only Naruto has, as opposed to the ability to talk someone off a ledge, simply because only he can do it.

The most important thing Mob Psycho 100 does, though, can be found in its execution. So far, both seasons have built up antagonists with seemingly unswayable viewpoints and monolithic powers, both of which were satisfyingly conquered using Talk No Jutsu by either Mob or Reigen.

The final confrontation with Claw in Season 1 saw Mob fail to convince them with his words, almost using his powers to defeat them instead. Before he can betray his ideals by hurting other humans, Reigen steps in, willing to carry some of his student’s burdens if it means Mob will suffer less.

While the transfer of Mob’s powers provides him the defense he needs, Reigen is able to defeat the adult members of Claw with little effort, changing their beliefs by convincing them the powers don’t make the man. Once again, another important life lesson for Mob.

In Season 2 of Mob Psycho 100, the show builds up to a similar, yet vastly different ending. Throughout this arc, Mob is shown to be growing more confident in his self without his powers, while Reigen struggles without being able to take advantage of them.

This leads to an inverse scenario throughout the season, where Reigen eventually learns to be a better person from Mob’s actions. I’ve always loved the student becoming the master cliche, especially when it comes down to wits instead of power.

Since Mob is now the wiser of the two, he is the one who takes on the antagonists, alone. The payoff comes at the end, where even though Mob fights, loses control, and can’t beat the big bad, he still ends up winning because of the empathy he has learned across his character’s arc in Mob Pscyho 100.

This overall combination of character development and variety on display in Mob Psycho 100’s first two seasons proves that Talk No Jutsu can be done, as long as it is executed properly. Here is to hoping the show can stay this fresh in the seasons to come and avoid the repetition that befell Naruto as the series went on.