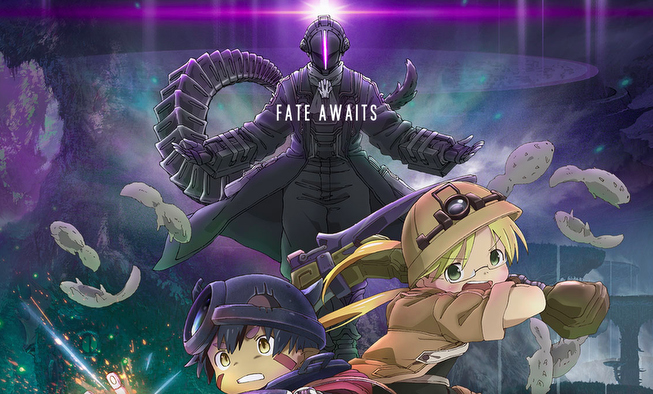 Good news for Made in Abyss fans in the United States: The series’ second compilation film, Wandering Twilight, has officially received screening dates for select theaters.

In a post by Sentai Filmworks to their official site, it was revealed the film will be made available for a select time in certain U.S. theaters starting on May 27. The screenings will follow its U.S. debut at Anime Central, which is set to screen on May 17.

Screenings will be available with either an english dub or a japanese dub with english subtitles, with each having their own screening dates accordingly.

The film will pick up directly after the events of the series’ first compilation film, Journey’s Dawn, and will adapt the latter half of the original anime series that aired in 2017.

MADE IN ABYSS: Wandering Twilight follows Riko and Reg on their adventure through the Abyss, picking up directly after the events of MADE IN ABYSS: Journey’s Dawn. The mystery surrounding her mother’s death deepens as Riko learns more about the truth of her origins. More determined than ever to travel to the bottom of the Abyss, Riko and Reg leave Ozen’s Seeker Camp and delve into the treacherous Third Layer — and beyond, to depths brimming with supernatural creatures, unexpected allies and deadly enemies.

First released in Japan in January 2019, the Made in Abyss films are part of a re-adaptation effort given to the series, culminating in the adaptation of new material for the third film titled Dawn of the Deep Soul.

The third film currently has a tentative Japanese release window of 2020, while a U.S. release has yet to be confirmed.

For more on Made in Abyss, check out our list of anime that strike a similar tone and appeal.