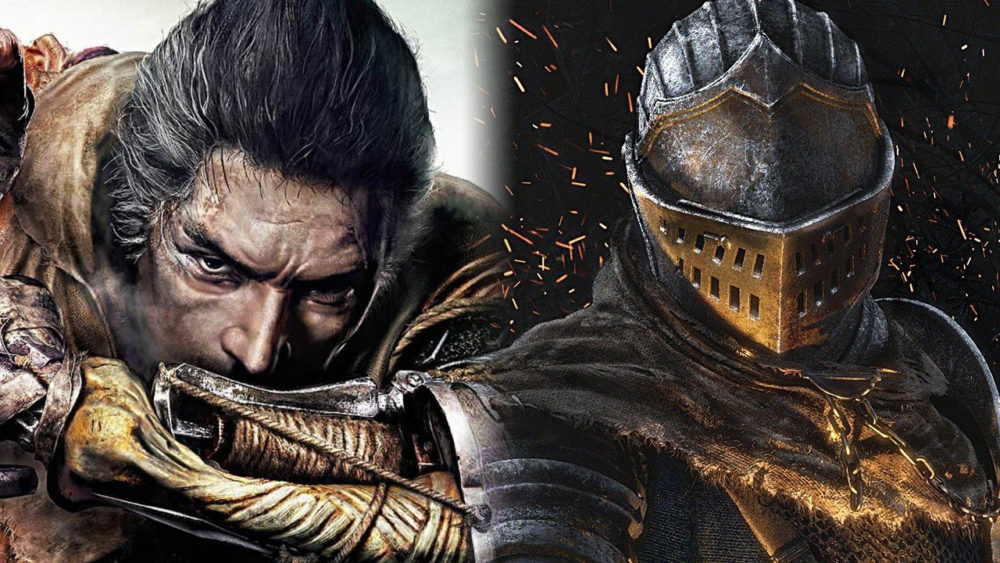 I’ll always remember Dark Souls as a game of repetition, especially in the long stretches between bonfires and bosses. Here’s an example: the lengthy bridge between the bonfire of Anor Londo and the area’s bosses, Ornstein and Smough. I spent, perhaps, 10-12 hours flailing against these two bosses, three or four of which were probably spent running backward and forwards along that same bridge.

The actual walk itself is probably no more than two or so minutes, which you gives you some idea of how beaten up I was getting. More importantly, this long gap is indicative of the way Dark Souls treats its players: with contempt.

FromSoftware wants you to get impatient, perturbed, and flat-out angry when playing their games.

It’s this sort of philosophy that is riddled all through the original Dark Souls. There are pathways gated by items in entirely different sections. There are cryptic NPC’s that drop extremely subtle and obscure hints. Heck, even when you grind for thousands of souls to get a single upgrade, it can feel tiring in a JRPG sort-of-way.

After a truckload of this kind of overbearing philosophy, I decided to give Dark Souls a rest a few months ago. Ornstein and Smough had worn down my nerves enough; I needed a change of pace.

So when I heard about Sekiro: Shadows Die Twice, I was ecstatic. A FromSoftware game with a set protagonist, and without the RPG stat-leveling systems, cryptic lore, and long distance between bonfires? Count me in!

From the get-go, I was enthralled by the vibrant reds and oranges of the feudal Japanese setting. And as I continued to play, I quickly realized that Sekiro’s combat is much, much different than Souls or Bloodborne –more rhythm-based than anything.

I enjoyed it a lot, despite having to rework my muscle memory from both Dark Souls and Bloodborne. But something was off.

In Sekiro, the hidden, silent narrative of the Souls games and Bloodborne is gone. Instead, I’m put in the shoes of a shinobi with a real goal (save the prince), a set name (Sekiro, nicknamed Wolf), and even full voice-acting. This defined story gives me a tangible reason to push forward, and I believe it ultimately works in Sekiro’s favor.

But that aura of uncertainty and mystery in Dark Souls is gone, replaced by a defined story and a non-player-created character. I should be grateful –I usually prefer a pre-defined story! Despite that, something about the thematic change makes me miss Dark Souls.

Elsewhere, on the gameplay front, combat is faster and there’s no stamina management. Again, something that seemed a boon on paper but less so in practice.

The RPG leveling systems are largely missing, replaced with a branching skill tree that gives Wolf brand new attacks. It’s a solid system, with many of the different moves available both exciting to use and presenting a compelling reason to preserve my experience points.

But with the less apparent, number-based upgrades of Dark Souls gone, I miss the steady rise in power. Sure, in those games, the difference between one level and the next may be minuscule, but over time, my character would always become a damage-dealing war machine.

I suppose I never appreciated that until I had something to compare it to.

Those long treks between bosses like Ornstein and Smough are much, much shorter in Sekiro. Most bosses are within 50 yards of the nearest bonfire, er… sculptor’s idol, making it easier than ever to repeat a boss fight over and over until my inevitable triumph.

I should be praising this to the moon, thanking FromSoftware for getting rid of the wasted time between a boss and a checkpoint. But here I am, regretting it instead.

Sekiro feels like if FromSoftware took my greatest complaints from Dark Souls and ripped them out. It’s an incredible example of listening to fan criticism, incorporating it, and not losing the vision or difficulty of the final product. That said…

I think I’d like to take back my complaints.

Dark Souls’ slower, less stream-lined nature requires me to gain full mastery over its world –yes, even the parts that aren’t so fair. When I’ve found a hidden wall, beaten a gimmicky boss fight (ahem, Seath the Scaleless), or overcome a hidden booby trap, the sense of accomplishment is only stronger.

When I’ve traveled across that dang bridge to Ornstein and Smough for the thirtieth time, the high when I finally pound them into oblivion is even higher. Speaking of which…

I went back to Dark Souls the other day, and at long last, I beat Ornstein and Smough with a Zweihander. Since then, I’ve been breezing through the endgame, and I appreciate the little moments more than ever.

Sure, there’s some weird stuff in there, like the invisible paths in Crystal Cave (seriously, why do those exist?). But when I finally meander into locales like Lost Izolith or the Painted World, I’m in awe.

They say you never know what you have until it’s gone. So, I apologize, FromSoftware – I didn’t realize what I had.

Now for the love of god, make Dark Souls 4 already.