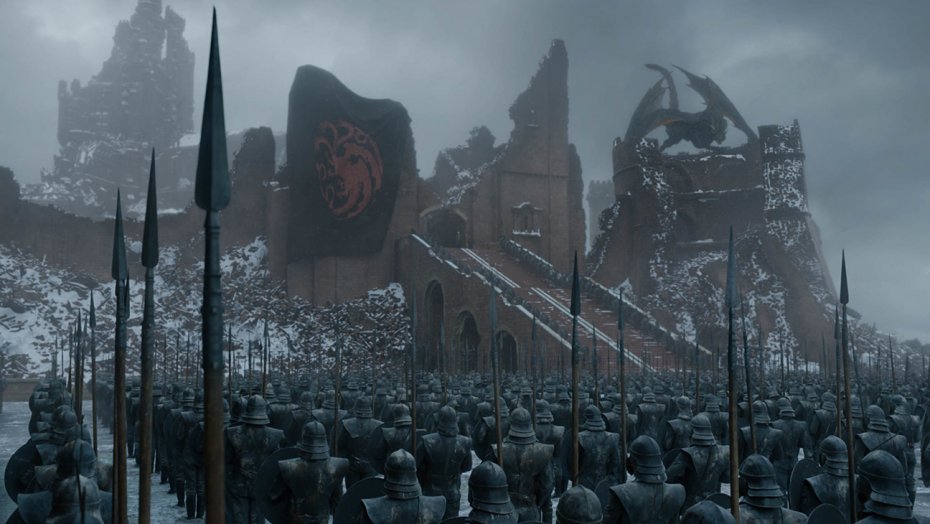 The hit HBO TV series Game of Thrones is based on George R.R Martin’s A Song of Fire and Ice, an epic fantasy saga spread across seven novels. But it’s an unfinished saga. Indeed, for some time the adaptation’s writers have had to freestyle the show’s plot without the source material to copy. Here’s what season the books are up to if you’re wondering.

What Game of Thrones Season the Books Are Up to

For years, HBO writers David Benioff and DB Weiss had oodles of source material to base Game of Thrones on. When the show debuted in 2011, Martin had just finished his fifth novel, A Dance with Dragons, nearing the end of a series he’d envisioned across seven installments.

Unfortunately, Martin has been taking a comically long time to finish his last book. Its original 2014 publish date came and went, and as the show concluded its fifth season, Game of Thrones was fast running out of source material.

The start of season six marked the first time that Game of Thrones overtook A Song of Fire and Ice –though Martin worked closely with the show’s writers, providing quite a bit in the way of plot points to help direct them.

Major plot lines in season six, such as Hodor’s backstory and Shireen Baratheon’s death are from Martin’s own drafts. None the less, the books are only officially up to season five of Game of Thrones.

That being said, Martin has actually released several teaser chapters of the upcoming sixth novel, Winds of Winter, which have mostly been read aloud by Martin himself at fan conventions. Some of these, though, represent drafts that may or may not make the finished novel.

In 2017, Martin said of his eagerly anticipated sixth novel that he was “still working on it” and that he has “good days and bad days, and that’s all I care to say.” His latest blog post from earlier this month said:

“The Winds of Winter is very late, I know, I know, but it will be done. I won’t say when, I’ve tried that before, only to burn you all and jinx myself… but I will finish it, and then will come A Dream of Spring.”

“I expect these last two books of mine will fill 3,000 manuscript pages between them,” Martin wrote. “If more pages and chapters and scenes are needed, I’ll add them.”

Notably, Martin has said “there may be important discrepancies” in the ending of the show and book series.

That’s everything you should need to know about what Game of Thrones season the books are up to. For more on both the show and book series, search Twinfinite.

Comments
Continue Reading
Related Topics:A Song of Fire and Ice, game of thrones, what season the books are up to