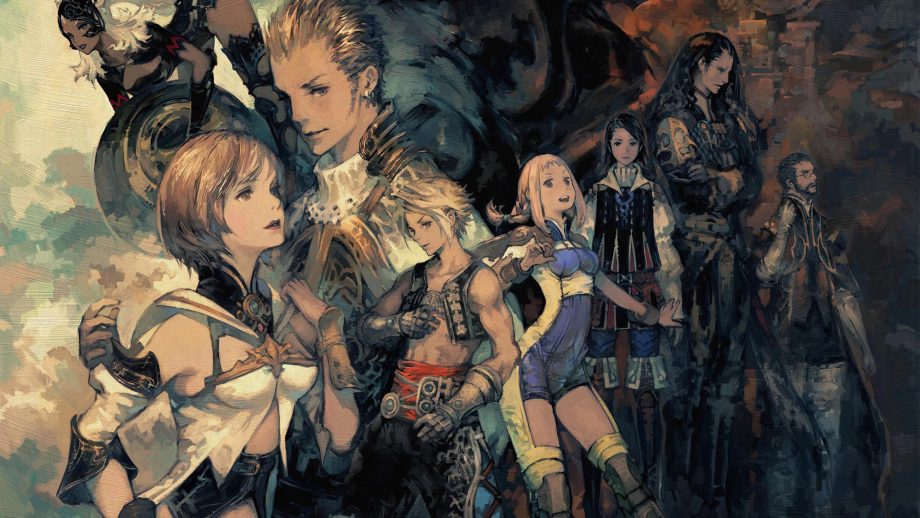 Final Fantasy fans and lovers of RPGs are no strangers to the famed job system. Most of the time, you’ll have access to a party of characters that fit in a specific archetype: the male Knight, the female White Mage, the spoony Bard, and so on and so forth.

Strangely enough, though, the Final Fantasy series rarely ever ventures into the strange, unique realm of dual-classing systems. Throughout the series’ history, the dual job-based system has only been deeply explored in Final Fantasy X-2, XI, XII, Tactics.

Even within the RPG genre, it’s rare to find games that are designed around characters with more than one job or class, and the ones that immediately come to mind are Bravely Default and the recent Octopath Traveler.

For the past week, I’ve been obsessing over Final Fantasy XII: The Zodiac Age, which is actually a vastly different game from its original PS2 release and even the International Zodiac Job System version.

In the PS2 version, every character had access to a massive License Board and they all had the potential to learn every skill and ability in the game. This created the problem of every character being carbon copies of each other by the late-game.

In the International version, Square made significant balance changes to account for the new job system. In this version, every character got to pick one job and they were stuck with it for good.

This was more in line with the traditional job and classing system we’ve seen in regular Final Fantasy games, where each character had a fixed role with their own strengths and weaknesses.

In The Zodiac Age, the job system has been expanded even further. This time, each character gets to take on two jobs, and this creates the compelling dilemma of trying to decide which two jobs would be the best complements to each other, and which ones to choose for which character.

This dual job system is a delicious puzzle to solve because there are so many possibilities to explore, and it’s exciting to think up new strategies and Gambit lists that would the job setup of your current party.

For instance, I’ve got Fran as my Black Mage right now. However, this also means that her HP is considerably lower than the other characters, who have access to more HP nodes due to being assigned a melee-based class.

That’s not going to matter too much, though, as I can shore up her weaknesses by giving her a secondary melee job such as the Monk. With this job combination, Fran now has access to powerful black magic, and she won’t instantly die if more than two enemies decide to start attacking her.

This is a pretty simple example, but other more tantalizing possibilities exist as well. With the dual job system, you can double up on a character’s mage duties by giving them any combination of the Black Mage, White Mage, Time Battlemage, or Red Battlemage jobs.

Their HP will likely suffer, but you’ve got the opportunity to give them some serious utility with the number of spells they’ve got access to.

Now I haven’t actually completed The Zodiac Age myself, but from what I’m to understand, the dual job system hasn’t been completely beneficial to the game’s quality.

The problem with dual-classing is that you’ve got the ability to cover a character’s weaknesses, but in doing so, you’re also potentially turning the game into too much of a cakewalk.

In the case of The Zodiac Age, there are complaints that having access to two jobs per character makes the game far too easy, and it would appear that Square Enix hasn’t attempted to re-balance the game to make it more challenging with the newly implemented changes.

Couple that with the fact that you can reset each character’s jobs and License Boards at almost any time with no cost at all, and you’ve got yourself an essentially consequence-free dual job-based RPG. Which isn’t ideal.

In an RPG where you get to assign two jobs to each character, much of the fun is always going to come from trying to figure out the optimal combination for everyone.

After all, this system would theoretically allow you to enjoy a power fantasy where you get to create insanely powerful characters that can take down the toughest of foes.

Once you’ve put in enough time and effort into researching each character’s stats and determining the best job combos, it’s only right that the game should reward you with unlimited power. Right?

But, of course, unlimited power gets boring fast, and the game needs to be able to serve up strong enemies to put your ‘optimal’ job combinations to the test. This is where Octopath Traveler gets it absolutely right.

Unlike Final Fantasy XII, Octopath Traveler was built from the ground up with the dual job system in mind. Each character has a base class that they’re stuck with permanently, but later on you get access to all eight jobs that you can assign to any character you wish. So then, I’d be able to turn Cyrus into a black magic-wielding Scholar with buffing abilities by classing him as a Dancer.

Even later in the game, you get access to four insanely broken jobs that make your characters even more powerful. At this point, you can double up on Cyrus’ elemental attack stats by giving him the Sorcerer job, which turns him into a frightening black magic nuclear weapon that completely destroys all regular mobs.

The difference is, Octopath Traveler features weak enemies that reward you for your efforts by allowing you to kill them easily, as well as strong enemies, who will trip you up with varying weaknesses and force you to really reconsider your job choices for each character.

Octopath Traveler’s end game enemies are designed to test your party compositions, and it’s very rare that you’ll ever settle into a fixed composition that’s well-equipped enough to handle all sorts of situations.

Other RPGs take it to extremes, like Final Fantasy X-2, which gives your three characters access to a whole variety of jobs at once with the Garment Grids and dresspheres system.

This system makes sense, considering that your party is fixed to only the three girls, so it’s only appropriate that FFX-2 gives each character the opportunity to experiment with any job they want. It’s so liberating, and at times incredibly overwhelming, to be able to switch jobs on the fly, even during battle.

Unlike The Zodiac Age and Octopath Traveler, this isn’t a proper, full additional job that you get to assign. Instead, you’ll get to make use of the secondary job’s abilities up to the level that’s half of the current level of your primary job.

With this system in place, the game ensures that you’re never too overpowered going forward, while also giving you the freedom to customize and augment your character’s loadout as you see fit.

Essentially, RPGs with dual job systems have always felt more appealing because of the sheer amount of freedom you’re given with party builds. The biggest challenge seems to come from balancing a game’s difficulty around this same freedom, but as shown in games like Octopath and Bravely, it’s certainly possible.

And even if the idea of having two main jobs seems too overpowered, Final Fantasy XI illustrates that there are ways around this —by having secondary support jobs but making them take a backseat to whatever job you chose as your initial primary.

There’s so much fun and enjoyment to be had from poring over spreadsheets, analyzing a character’s base stats, and figuring out the best job combinations for them through hours of experimentation and tweaking.

Not everyone’s going to go that hardcore, of course, but the freedom that comes with such fun and appropriately limited customization is extremely appealing.

Give us more jobs, RPGs. More specifically, give us more double job combinations to experiment with until our brains go mush with numbers.