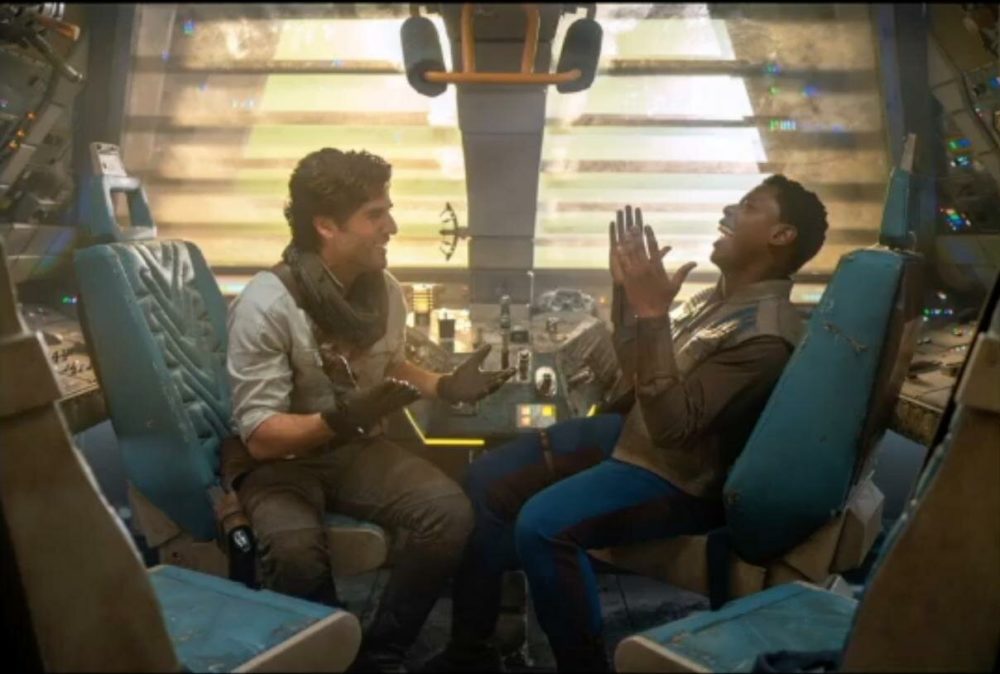 The big news out of Star Wars Celebration today was the world’s very first look at Episode IX, now titled “The Rise of Skywalker.” In addition to the name reveal and impressive teaser trailer, there were a whole host of new images and screens shown off during the panel.

We got a new look at basically all the main characters, but one, in particular, is drawing the attention of fans, the hotshot pilot Poe Dameron, played by Oscar Isaac. As you can see from the Tweet below, Dameron in Episode IX is the absolute spitting image of Nathan Drake, everyone’s favorite video game treasure hunter.

It’s not just me, right? pic.twitter.com/QanGvuDFFQ

The likeness is uncanny to a point, really, right down to the patterned scarf, white shirt, and bandolier across the same exact shoulder. If I didn’t know any better, you could convince me that the left photo is simply a teaser image for an Uncharted movie. Really, it’s too bad Oscar Isaac wasn’t cast for the Uncharted movie as it seems like he’d be the perfect fit.

Still, Poe Dameron is basically a futuristic, galaxy-hopping version of Nathan Drake. Make sure you check out the teaser trailer for Episode IX, which gives us a tantalizing hint about the involvement of the infamous Emperor Palpatine.

Star Wars: Episode IX – The Rise of Skywalker will hit theaters on December 20, 2019.