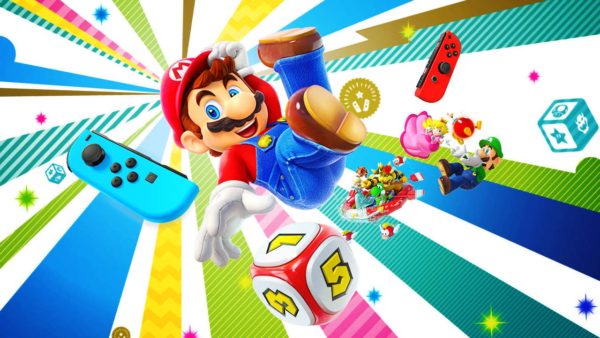 Gaming is a weird old thing. As it shifted and evolved, it grew increasingly complex and nuanced. It became a serious business, and the lines between fun and accomplishment were blurred.

The two are not necessarily mutually exclusive, but anyone who has been involved in high-level World of Warcraft raids could take a look back at the intense hours spent grinding, mastering a class, implementing and executing a strategy, potentially while getting frequently berated for any mistake that could jeopardize the entire mission.

Fun to some, but ultimately a stressful endeavor that can occasionally feel more like work than play.

Nintendo games don’t usually carry that amount of pressure, part of the reason why they’ve garnered the label as being a kiddie company, while also proving accessible to casual gamers.

Add in the element of competition, however, and the stakes raise. On the tournament scene, Super Smash Bros. Ultimate remains the preeminent Nintendo title, stripped of its random chaos and presented as a straight fighting game (or as near as a title like Smash could). Splatoon 2 also lends itself well to the esport scene, with top-level inklings duking it out for turf supremacy.

Even in the living room, there can be a palpable tension in the air during gameplay sessions as everyone is focussed in. Sure, banter goes back and forth and chuckles are almost a certainty, but there remains an odd element of isolation. Every player pays attention to their character, and what’s going on immediately around them. Palms sweaty, eyes on the prize.

Perhaps it’s because of the absence of these stakes that Super Mario Party proves to be the most fun you can have on the Switch.

It could be something inherently within gamers that causes competition to trigger an intense fire. Losing a match in Smash Bros., particularly a tightly contested one, is irksome and grating. You can laugh it off, but you’re left second-guessing any minute error or mistimed action.

By comparison, Super Mario Party is goofy. It rewards skill, sure, but the goal isn’t so much for you to hone in on your own character, as much as it is to be involved with your rivals. There’s a triviality to it that doesn’t appeal to everyone, but it evokes its own immutable sense of pleasure.

That’s why the River Survival mode, which goes against the very conventions of Mario Party by teaming everyone up as a singular unit, works so well. Is it fun to succeed, obtain perfect S ranks on every minigame, and set a high score? Of course.

But loss here doesn’t carry a sting. If you botch a task or crash into every rock, it can prove absolutely hilarious. What if someone doesn’t want to cooperate, and refuses the high five every time? How about your whole squad being brought down by a particularly inept friend? At times, defeat can be even more pleasurable than victory.

Super Mario Party isn’t the typical gatekeeper that divides the casual from the hardcore. It’s basic enough and familiar enough for anyone to pick up, and there’s a charm to that, that we as the gaming obsessed can sometimes fail to see.

It’s reflective of the Switch’s mantra as a whole, in a way that Smash Bros., Splatoon or even Breath of the Wild, simply cannot be: it is the true ‘pick up and play’ game for young and old.

In the current landscape of accessibility and the demand to satisfy the needs of fans on a large scale, that has perhaps never been more relevant. Sure, it’s a hard sell on face value alone, and Super Mario Party isn’t a better game than its more ballyhooed contemporaries, but it’s just fundamentally fun.

Just as a video game should be.