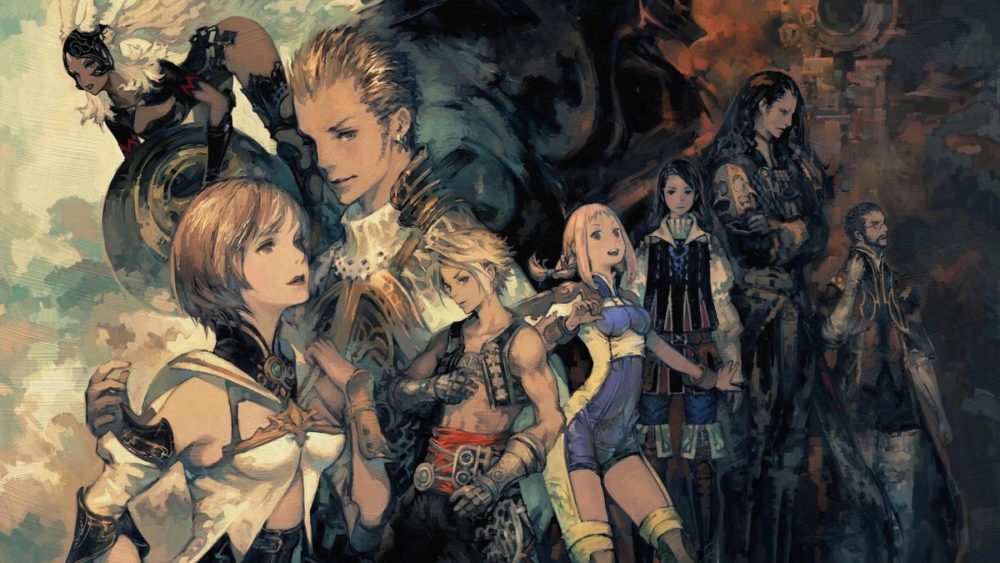 1. The Combat is Unique For the Series

Final Fantasy is known for many, many things. If you asked someone to describe Final Fantasy to you, they’d likely start off with “turn-based” something, and that works for most entries in the series.

It doesn’t work for Final Fantasy XII, though, and that’s because for the first time in the series, Final Fantasy XII bucked the trend of turn-based combat and welcomed in Active Dimension Battle combat.

ADB sees players participating in combat in real-time just as enemies do. While there’s less time to strategize on the field of combat like you would in turn-based battles, there’s a system that fuels your ADB combat working behind the scenes to make this some of the most enjoyable combat in the franchise yet.

This system is called the Gambit system and in a strange way, it turns the player into an AI programmer. Essentially, a character’s gambits are codes that you, the player, create for each person in your party.

For example, you can code the following: If Ally: status = Sleep, then use Prince’s Kiss. This means that if an ally falls asleep, the character’s gambit programs the character to automatically use a Prince’s Kiss on the sleeping ally to wake them up.

This system is expansive and each character can have 12 different gambits that work in tandem with each other. It’s extremely confusing at first, but when you understand how it works, you’ll feel like a god watching your creation wreck havoc on the battlefield.

Final Fantasy XII’s combat is an extreme departure for the series, and it hasn’t really been returned to in the franchise, but it’s so uniquely addicting that it makes a trip back to Ivalice a trip worth taking.

2. Its Story Is Very Star Wars and Pirates of the Caribbean

It’s nigh impossible to miss Final Fantasy XII’s thematic and on-screen inspiration while playing through this game. It’s even more apparent when you realize that Final Fantasy XII originally released in 2006.

Here’s a quick synopsis of Final Fantasy XII’s story: There’s an encroaching and omnipotent imperial force threatening our main characters and their world and the only thing standing in their way is a group of rebels.

No, but the parallels are there and it makes sense — during the development of Final Fantasy XII, the Star Wars prequels were playing on silver screens around the world.

Another popular franchise making money on the silver screen around the development of this game was Pirates of the Caribbean and no character gives away this franchise’s inspiration on Final Fantasy XII more than Captain Jack Sparr…err…Balthier.

Naively confident, charismatically lovable and quite literally a pirate, Balthier is, for all intents and purposes, Final Fantasy XII’s Captain Jack Sparrow and he is worth your time.

3. The License Board is Fantastic

Final Fantasy X set a new precedent for skill selection and boards that hold said skills. Final Fantasy XII took what worked so well with X and implemented it into the highly-addictive License Board.

As you could probably guess, the License Board is not only where characters determine their job, of which they can have two, but what skills and attributes they acquire as a result of the job selected.

It’s basically a weird checkerboard play map filled to the brim with attributes, skills, new moves and buffs. You can choose to increase your health with enough License Points or unlock Blizzaga with those same License Points, or really, anything else on the board.

You can also look around the entire board from the start and look for that top-tier skill you want to obtain. Then, because you must acquire all surrounding skills before acquiring a new one, slowly chip away at the board as you work toward getting that skill you’ve had your eye on since the start.

It’s an efficient, intuitive progression system that you’ll find yourself happily devoting too much time to.

As far as video game remasters go, Final Fantasy XII deserves to sit among the best of the best. You’d do yourself a favor to watch some gameplay and cutscenes of the original 2006 release before diving into this remaster because the difference is astounding.

The art style is already quite unique for Final Fantasy, sitting somewhere between painted art and early 3D models, but this remaster looks as if each frame in the game was repainted by hand.

Yes, the game is old and some problems associated with that can’t be fixed completely — faces still look a little strange — but it’s one of the best-looking 2006 games you’ll play in 2019, that’s for sure.

Accompanying the upgraded visuals is a re-recorded orchestral soundtrack that features some of the best music in the entire franchise. The main menu music screams royalty akin to the Throne Room song of Star Wars and you’ll find yourself sitting at the game’s start screen just to listen to it.

To add to all of that, the remaster comes with a fast-forward feature that allows you to speed up gameplay by either 2x or 4x which fixes one of the game’s biggest problems: there’s a lot of distance to cover and not much to do beyond combat on those distances.

Being able to travel across vast landscapes at four times the original speed, and being able to zoom through basic combat encounters at the same speed, goes a long way in making this remaster a must-play.

Sex appeal. Charisma. Charm. Intelligence. Subtlety. Badassery. Piratical methods. These are the ingredients to create two of Final Fantasy’s best characters and each one can be found within Final Fantasy XII’s Fran and Balthier.

Without spoiling where their story goes, Balthier and Fran not only have one of the best Final Fantasy character arcs, but they’re two of the most dynamic characters a player can have in their party.

You can find plenty to critique Final Fantasy XII on, but what you won’t find any person speaking about the game do is speak badly about these two characters. Final Fantasy XII is worth going back to simply to find out why, if not for any other reason.