The puzzle video game genre is something incredibly special. The problems they present make you think, open your mind to new experiences, and give you a massive sense of reward when finished.

The Switch, in similar ways, has expanded the possibilities of having puzzles on-the-go. You no longer need to be tied to your cell phone loaded with mediocre freemium puzzlers. 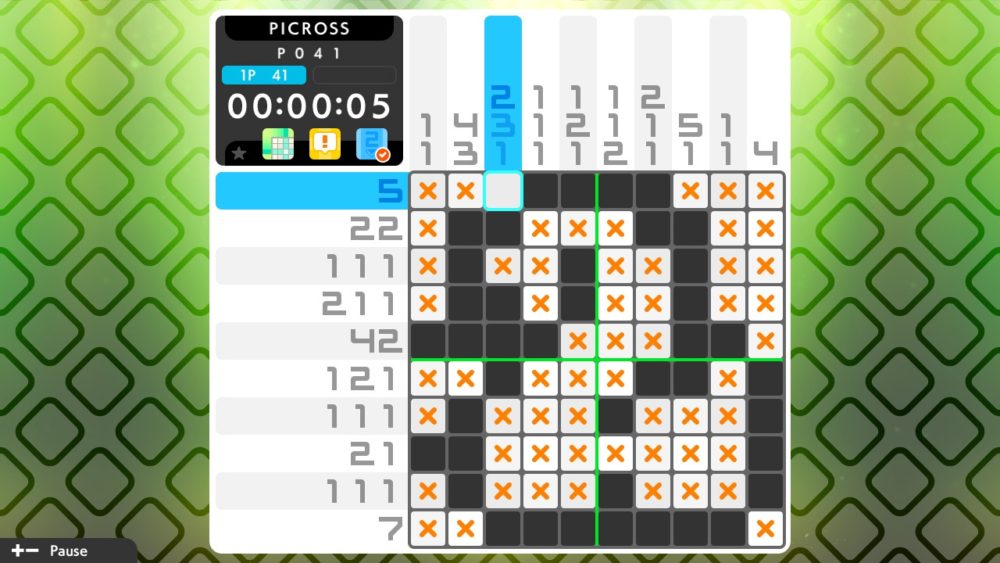 This series is a classic. The nonogram puzzles the series is based on existed well before they were made into video games. These fantastic logic puzzles have been around in game form for over 20 years, but they never manage to get old.

Picross puzzles are most simply compared to Sudoku. The basic logic puzzle on a grid idea is there, but there’s a major aspect that separates Picross.

Instead of filling in the grid with digits, the numbers surround the grid. They correspond to how many squares in that column need to be filled in.

Picross is chock full with fun logic puzzles and best of all the squares end up forming a pixel art picture. The different pictures created are just as rewarding as solving the complex problems. 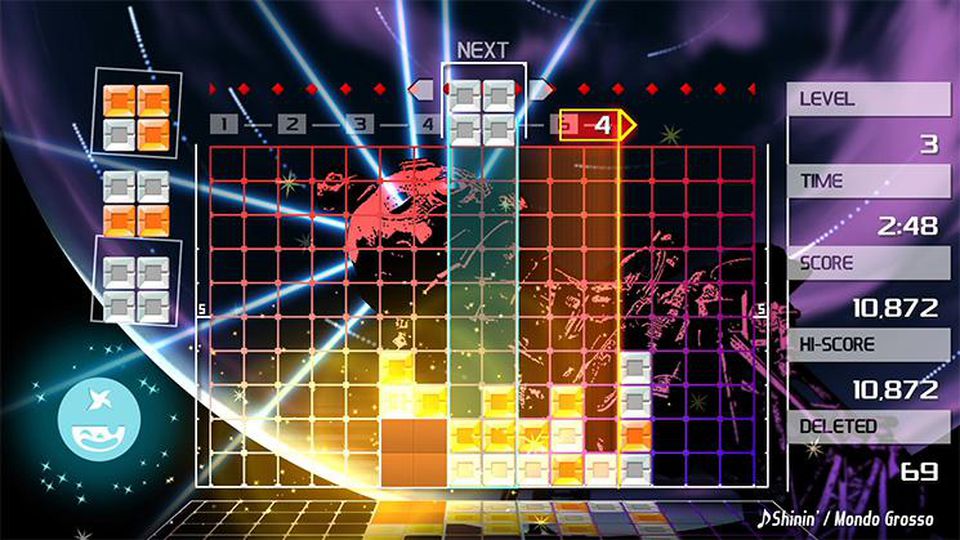 Who says puzzle games can’t be flashy? Lumines Remastered is just as challenging as it is to look at and listen to.

Tetsuya Mizuguchi’s brainchild is a sight to behold. Much like his version of Tetris, this is one of the most stylistic puzzle games you’ll ever play.

The flashing lights, bright colors, and fantastic soundtrack all combine to create an experience unlike any other title in this genre (for Switch).

However, it’s not all just glitz and glam. Lumines is a solid puzzle game on the level of Tetris. It plays more like Dr. Mario in that you need to clear certain colors instead of lines of blocks.

Clearing more blocks pulls you even deeper into the music and visuals until you’re fully immersed. 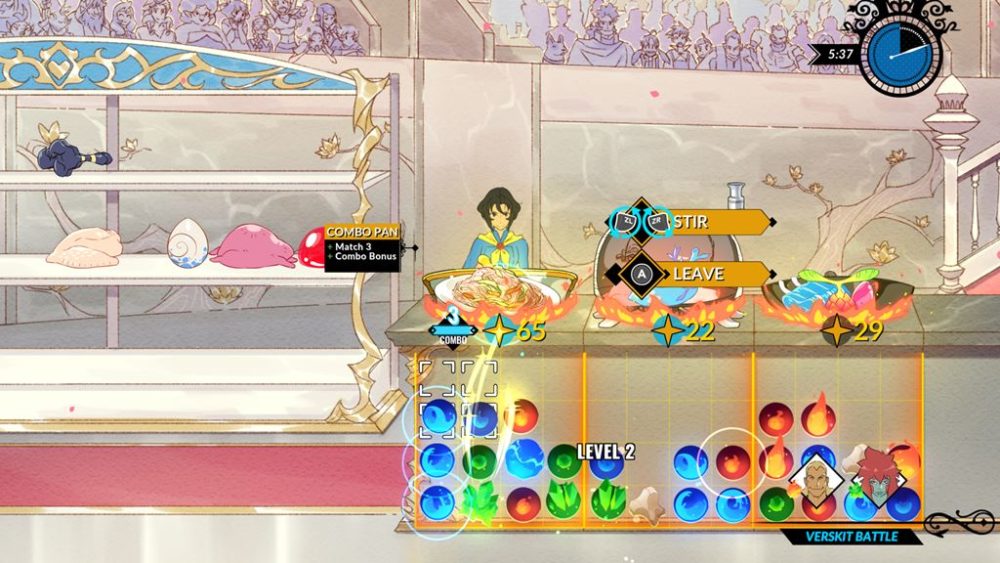 Battle Chef Brigade is one of the indie veterans of the Switch. It combines the puzzle and bet ‘em up genres into one cohesive game. The puzzle side of Battle Chef is where the game shines. It’s a basic match three concept, but combines it with a cooking element.

Think of a puzzle fighter game, but replace the fighting with cooking. Sprinkle in a dash of some wonderful hand-drawn anime-style characters and you get a great game.

It’s a solid puzzle game, but the beat ‘em up action is also great. Since we’re focusing on puzzles that’s about as far as we’ll go.

This other side of the game is worth mentioning though because of its impact on the puzzle portion. The ingredients collected from enemies can be used to create new dishes. It all works together to create one harmonious and delicious game. 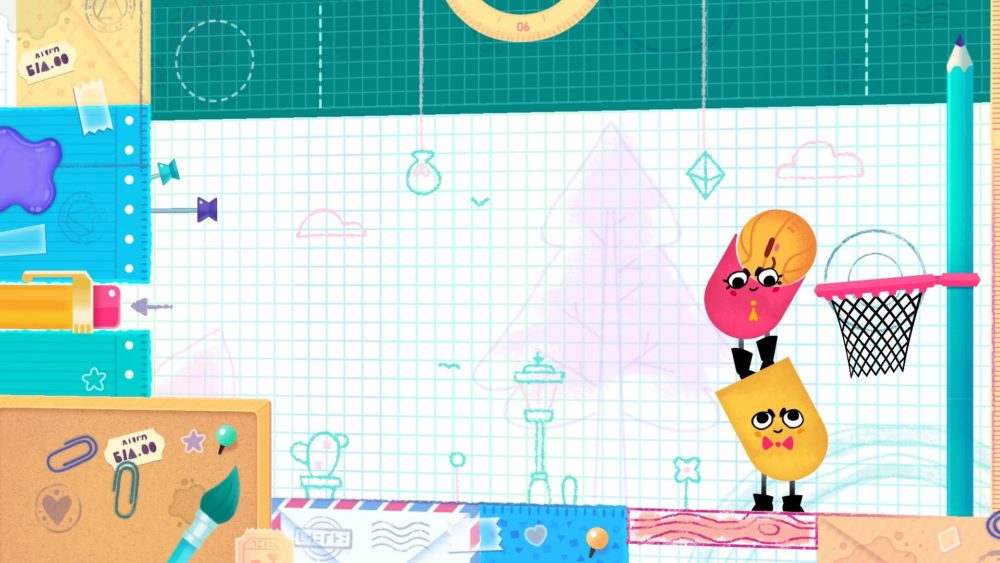 Get ready to lose some friends. Snipperclips is a great co-op puzzle game from Nintendo. It’s not strictly multiplayer, but that’s undoubtedly the best way to experience the game.

If you play this game on your own, you’ll still have a great time. It may be a bit more difficult, but the whole game can be played all by your lonesome.

You can cut out chunks of your paper body to align yourself with the other character you control. cut out the right shapes and you’ll be moving on to the next level.

There are also other styles where you need cut out shapes to move an object from one end of the screen to the other. However, multiplayer is where this game shines.

You’ll have a massive revelation if you switch to playing with a friend from playing alone. New solutions to the problems become apparent with two brains working on the problem. A good puzzle game makes you think, but a truly great one allows you to. 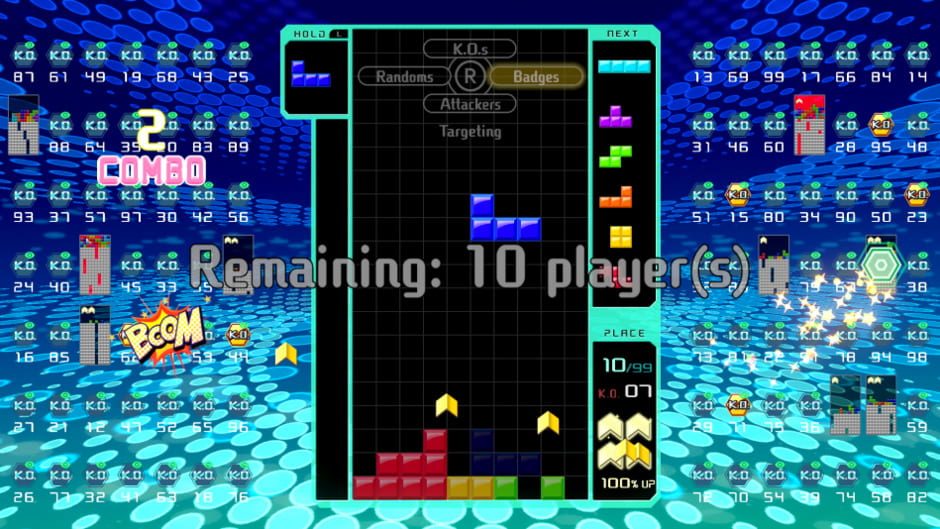 The idea of a Tetris battle royale game is absurd, and a thing of genius. If you’ve played the regular game before then you’ll be just fine.

The same basic ideas carry over from the original into Tetris 99. You still need to get as many tetrises as fast as possible without topping out.

The battle royale aspect adds another layer that forces you to solve another puzzle in your head. You must attack your opponents in a manner that won’t garner a counter attack.

You can attack whole groups or single players with the junk built up by clearing lines. The tension of receiving lines of junk is immense.

Once those lines are cleared it feels like a physical weight is momentarily lifted off your shoulders. Reaching the top 5 is a feat and achieving victory is something few players will ever experience.

The fun of the game is the competition and using your wits to out-play your opponents. Even if you’re not the best Tetris player, this game is an excellent tool for getting better. 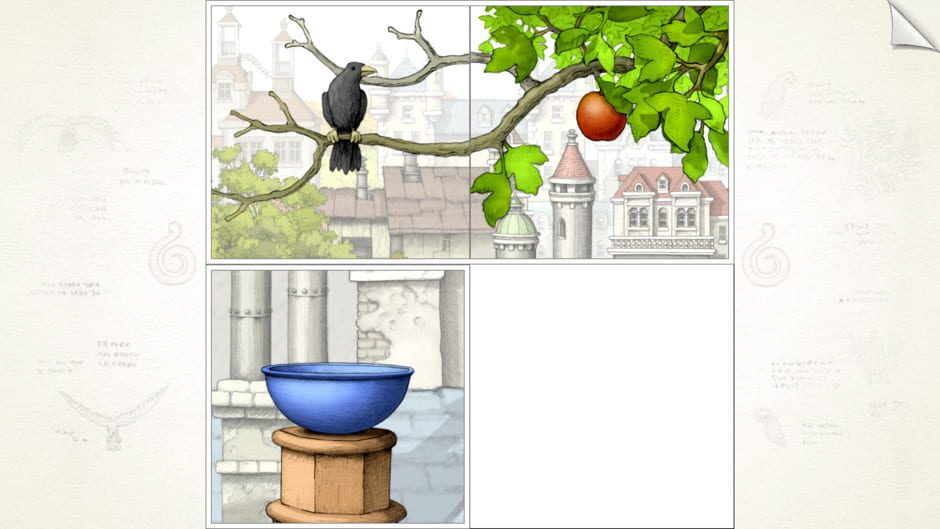 Gorogoa is one of the most beautiful puzzle games you’ll ever see. It’s not flashy like Lumines, but the hand-drawn art is quite the sight to behold.

This game is all about that art. It’s a bit hard to explain succinctly. The puzzles in Gorogoa are unlike any other puzzle game. It takes four quadrants that come together to form one picture.

This is done through zooming in or out on certain parts of the picture and lining them up just right. Some aspects of one quadrant can be dragged over the top of another to create a completely new scene.

The creativity in Gorogoa is what makes puzzle games so great. That fearlessness of creativity makes this title an absolutely incredible experience. 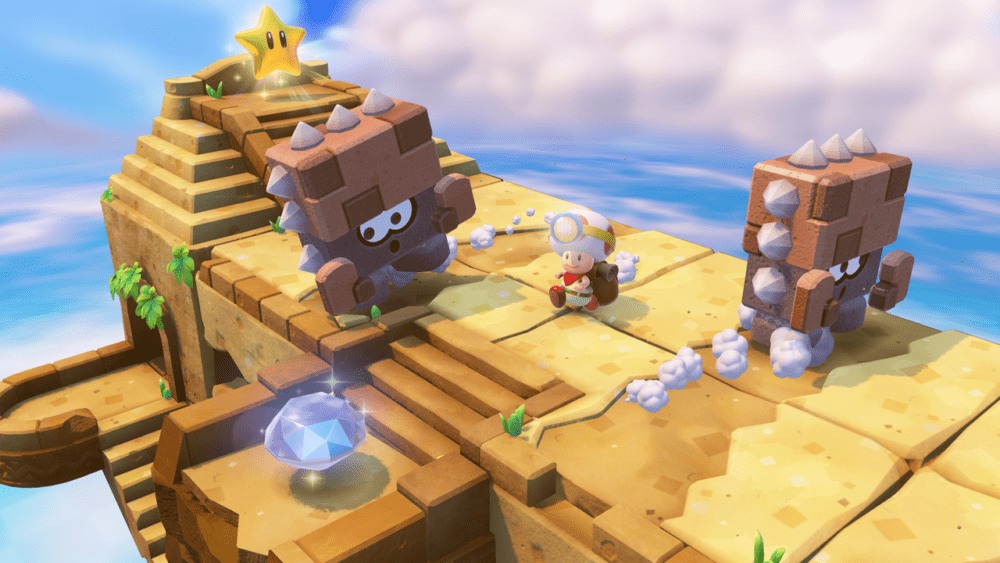 This game is too cute for words. Toad and Toadette are the bravest precious little mushroom people you’ll ever see.

Each level in Captain Toad Treasure Tracker is a contained puzzle box. It takes a little platforming level and uses the Captain’s inability to jump as a way to create creative puzzle obstacles. You can

There are also a ton of collectibles to hunt for throughout each level. They’re small stages, but there’s still plenty to explore in each one. Secret passages are scattered through each level which encourage repeated playthroughs.

At the end of each level Toad or Toadette does an adorable little jig in celebration. The facial expression on the little characters are impressively emotive.

If you reach the end of your journey and want some more there has even been a handful of DLC levels added on quite recently. 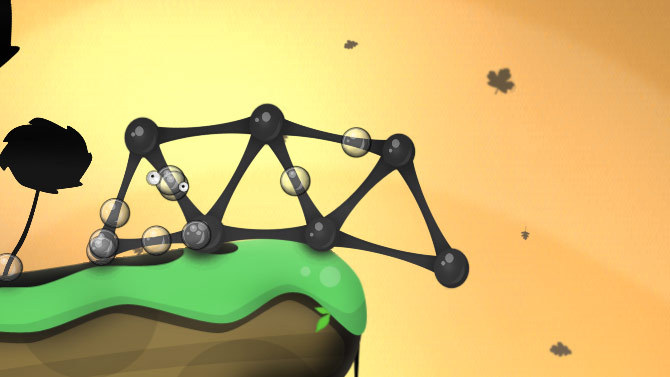 Don’t worry, this game is not as gross or as messy as it sounds.  It’s a puzzler all about building the most stable structures you can out of goo. You may need to read up on some engineering and dig deep into trusses to master this game.

You may also need to study up on your nanobiology as well. Like similar physics puzzles you have your typical levels that task you to build a bridge to cross a gap.

That’s easy enough. Where World of Goo truly gets challenging is when you’re tasked to build structures around living organisms or other structures that are constantly in motion.

It has an extra layer that is both difficult and partially hilarious. This is something which most games in the physics puzzle genre are missing. Messing with a game’s physics is half of the fun and having a comical backdrop for it all makes things unbelievably better. 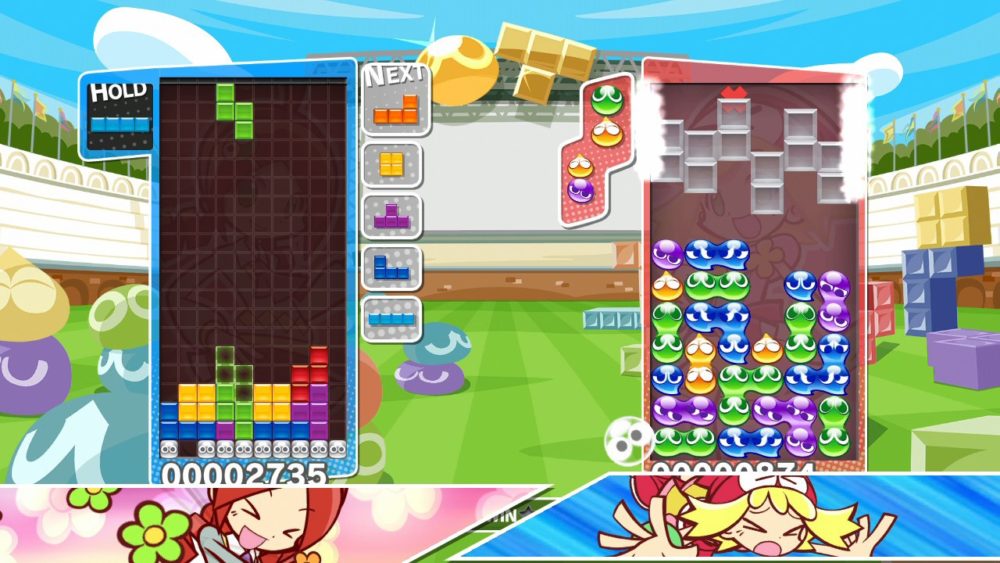 Puyo Puyo Tetris combines the cuteness of round, little Japanese puyos with the coldness of boxy, bold Soviet tetriminoes. It’s a match made in heaven.

However, this is like two games in one. If you’re more confident in your Tetris skills then you can still battle someone playing Puyo.

Where this game gets even more interesting is in the game’s fusion mode. This combines the gameplay of Tetris and Puyo into one brain-bending puzzle.

Both Tetriminoes and Puyos dwill drop onto your board, but each can only be cleared in the styles of their respective games.

It’s an incredible twist on a classic series that freshens up the formula without changing it too much. 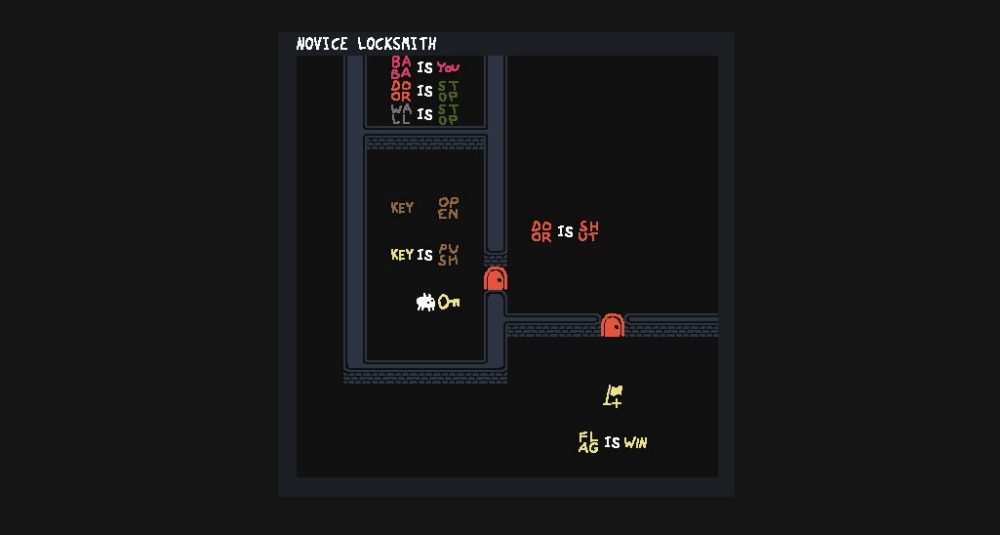 There’s nothing quite like Baba is You. The puzzles in this game are solvable in numerous different ways. The number of levels is simply astounding. It’s a happy reminder that unique ideas are still out there waiting to be conceived.

In Baba is You, the main objective is to reach the flag, or the door, or the bush. The win condition can be just about anything. In this game you move around different words to create three (or more) word phrases.

These short phrases create the rules that govern the levels. The ability to micromanage the basic rules of each level feels incredible. Freedom in puzzle games is a rare thing and Baba is You pulls it off flawlessly.

Baba is You is a must-have for lovers of the puzzle genre. It’s also arguably one of the best games on the Switch so far this year.