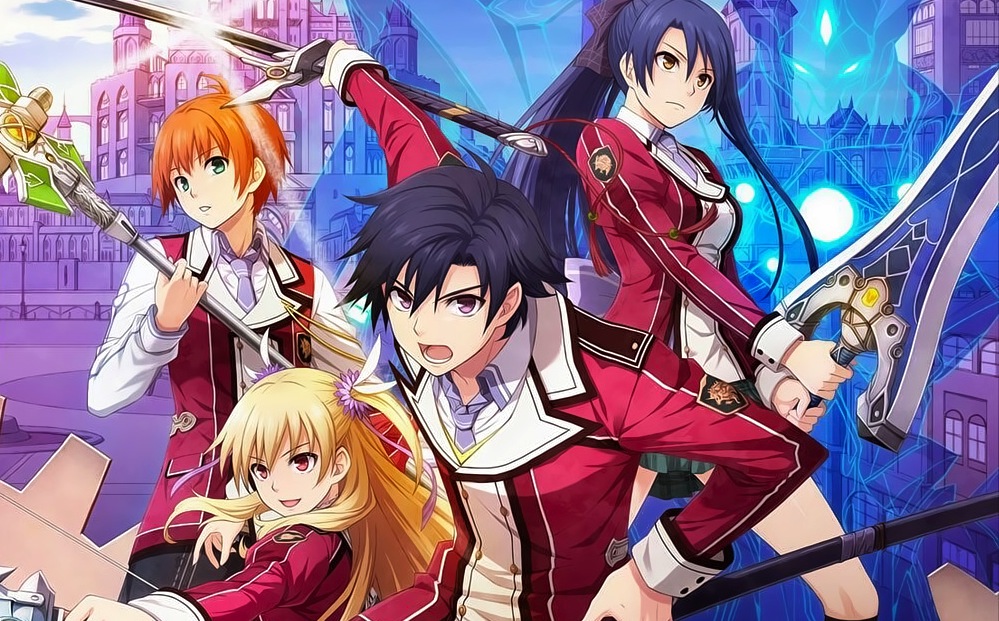 JRPGs have had a huge resurgence in recent years with titles like Dragon Quest XI, Persona 5, NieR: Automata, and Kingdom Hearts 3 all seeing phenomenal success. Among all the high-profile releases, however, there’s plenty of smaller profile JRPGs that end up getting passed over, and chief among those is the Trails of Cold Steel series.

With the newly remastered version of Trails of Cold Steel coming to PS4, now is a better time than ever to jump on board with one of the most criminally underrated JRPG series out there.

Trails of Cold Steel is a sub-series of the Legend of Heroes franchise, which also houses the Trails in the Sky trilogy. Cold Steel actually takes place in the same universe as Trails in the Sky, focusing on a group of students attending the Thors Military Academy in the Erebonian Empire.

Wisely, Trails of Cold Steel takes some great inspiration from other unique JRPGs, like Persona, while adapting those elements into its own style of gameplay. The bulk of the first game has you playing as Rean Schwarzer, a member of the elite Class VII at Thors, and a social experiment that puts commoners and royalty together in one class.

Story is really where Trails of Cold Steel shines, introducing you to a cast of main characters in Class VII, with extremely diverse personalities. The first game is very much a slow-burn, as the game painstakingly takes time to introduce its world, plot, and characters.

Things pick up in Trails of Cold Steel II, as more of the world and story elements start coming together, and it’s clear that Falcom is playing the long game. However, all the time they spend setting things up pays off tremendously, as the world of the Trails series feels realistic and developed.

Learning more about the culture of Erebonia, and the people that live there, go a long way in investing you in the story Falcom is trying to tell.

There’s a huge emphasis put on the main characters and the relationships they develop, and a feature known as “Free Time” lets you learn even more about Rean’s classmates. In the first game you’ll get free time at school, getting to spend it with your friends in a Perona Social Link-esque kind of way.

By spending time with your classmates you can level up their “Link Level,” which then directly translates into the power of the link attacks you can do with them in battle. Persona has a great way of trying Social Links to gameplay, but Trails of Cold Steel really puts forth an effort to give you discernable benefits to combat.

As battles get tougher and tougher throughout the game, Link Levels and the abilities they grant you become ever more important, adding in an entirely new layer of complexity on which party builds you want to go with.

Of course, this feature then ties into the rest of Cold Steel’s complexities for combat. The Orbment system dictates each party member’s equipment, and basically, imagine the Materia system from Final Fantasy VII with more emphasis on affecting stats and abilities.

Each character equips a “Master Quartz,” which can essentially change the role they play in battle, and what their strengths are. This gives you a huge degree of customization over your party, which builds you want, and who you want to bring into battle.

If you’ve played the Trails in the Sky games you know how connected the whole trilogy is, story-wise. The same can be said for Trails of Cold Steel, as they’re games that are very much meant to played in order.

Trails of Cold Steel II hugely expands on the scope of the first game, and the actual scale of what’s at stake. Instead of a school setting, the main party ends up traveling the world providing some great context and perspective for events that you saw from just one side in the first game.

There’s a pretty neat feature too, that lets you carry over your save data from the first game into the second, altering dialogue and how events play out at certain parts, depending on your previous choices.

It’s nothing world-altering but it’s actually something pretty cool to see for a JRPG, as this kind of choice carrying over is typically only something we’ve seen in western RPGs up until this point.

Presumably, the third, and fourth games will let you do the same, but considering they haven’t been released in the west yet it’s hard to say.

Both Trails in the Sky and Trails of Cold Steel have everything a great JRPG should have; a complex and engaging battle system, lots of customization options, a variety of activities and minigames, a world brimming with personality, and a fascinating cast of main character who change and grow.

The series deserves to be mentioned in the same breath as games like Persona 5 and Ni No Kuni II, but sadly, it just isn’t nearly as well known.

If you’ve been holding off on the Trails series, Trails of Cold Steel: Decisive Edition comes to PS4 on March 26, and it packs in a ton of additional English voice acting, Japanese language option, remastered graphics, all DLC available from the start, and more.

Do yourself a favor and join Rean and the others in Class VII.