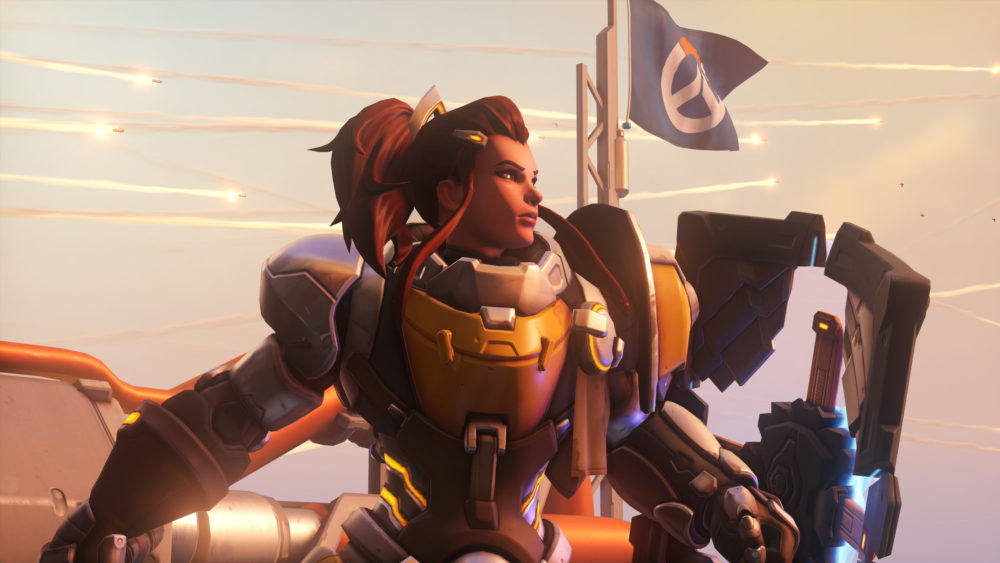 If you pop into the Twitch stream for any of this season’s Overwatch League matches so far, you’ll see a variety of messages making fun of something called GOATS. You’ll often see a variation of “G LUL A T S” or snarky copypastas like, “Hey I’m new to Overwatch, how are teams dealing damage without DPS characters? Are they banned or something?”

Overwatch fans really hate GOATS. But what is GOATS exactly?

The GOATS composition is mainly made up of three tanks and three supports. You’ll usually get Reinhardt, Zarya, D.Va, Brigitte, Lucio, and Zenyatta. The meta was popularized by a team called GOATS late last year, and it’s found its way into the Overwatch League this season as well.

The reason why this composition is so popular is because, well, that’s just how the game is balanced right now. With three tanks and three supports, your team has a lot of survivability, and there’s a large emphasis on setting up big bang combos where you’ll gather the enemy team up with Zarya’s Graviton Surge, then wipe them out completely with a well-placed Self-Destruct.

With three support characters, your team also becomes extremely beefy, allowing you to essentially brute force your way through enemy lines. Especially with Lucio’s Speed Boost and Brigitte’s Rally, the GOATS composition allows teams to move quickly, and the sheer power of the support ults means that you can survive through a ton of damage if used properly.

However, Overwatch League fans absolutely hate this style of play, and the reason is simple: it’s a very static lineup, and you rarely get to see DPS heroes in this stage’s matches.

In all honesty, yes, it is a shame that we’re not seeing much of Tracer, Hanzo, or Widowmaker this season, as compared to last year. Watching every team play GOATS at every match can get tiresome, but that doesn’t necessarily mean this is a bad meta, nor does it mean that it’s un-counterable.

Teams are starting to experiment with different heroes to see how they can best counter an enemy’s GOATS. As the Shanghai Dragons demonstrated during their match (and first win) against the Boston Uprising, Sombra can prove to be an extremely effective counter to this tanky composition.

Sombra’s EMP is invaluable to completely debilitating an enemy team, allowing your teammates to steamroll through them easily. Even Reaper, who is admitted less popular, can also be an effective counter because of the amount of damage he can do to the beefy tanks. It’s not as common, but it’s still a possibility.

Thinking back to last season, the meta was always often static as well, as most teams would play dive at the beginning of the season. As more balance changes came in, we also had the Junkrat meta, where it became much more efficient to just spam grenades on certain maps.

These compositions received a good amount of vitriol as well, as viewers soon got tired of seeing the same Winston/D.Va dive compositions over and over again, or Junkrat spamming grenades from high ground.

The fact of the matter is that even if you aren’t a fan of GOATS, this meta isn’t going to stick around forever either. Just like Junkrat and Dive, Overwatch is going to keep receiving changes and updates that will shift the balance to other characters eventually.

The joy of watching the Overwatch League is seeing how teams adapt to different metas across the four stages, providing viewers with a variety of team compositions to check out as the season goes on. Last year, it was a nonstop DPS fest of dive, complete with Tracer and Widow comps. This year, it just happens to be the season of tanks and supports, at least for now.

Stage 1 of Overwatch League’s second season will come to a close soon enough, and if Blizzard opts to do something about the meta, things will get shaken up soon enough. For now, perhaps it’s just best to let the tanks and supports enjoy their time in the limelight.