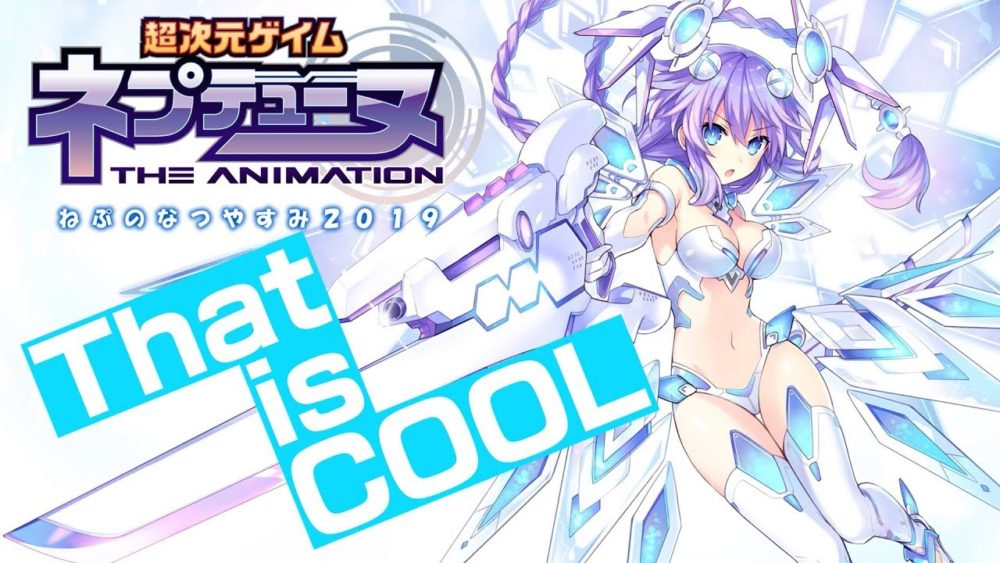 Today, during a stage event at the Dengeki PlayStation Game Fes 2019 in Tokyo Compile Heart had an announcement to make about the Hyperdinemsion Neptunia series.

While it wasn’t a new game, a new OVA anime for the home video market will be released this summer.

The title will be quite appropriate to the release window, Hyperdinemsion Neptunia Summer Vacation 2019.

Below you can check out the trailer, and a few images from the stream, including a storyboard providing some hints on the story.

On top of the new OVA, the previous TV series will go on sale in Japan in a Blu Ray box on July 3.

I guess this will help to bridge us over until the next Hyperdimension Neptunia game is announced. We’re still waiting for the western release of Super Neptunia RPG for PS4 and Nintendo Switch, which is slated for the spring, but still doesn’t have a firm release date.