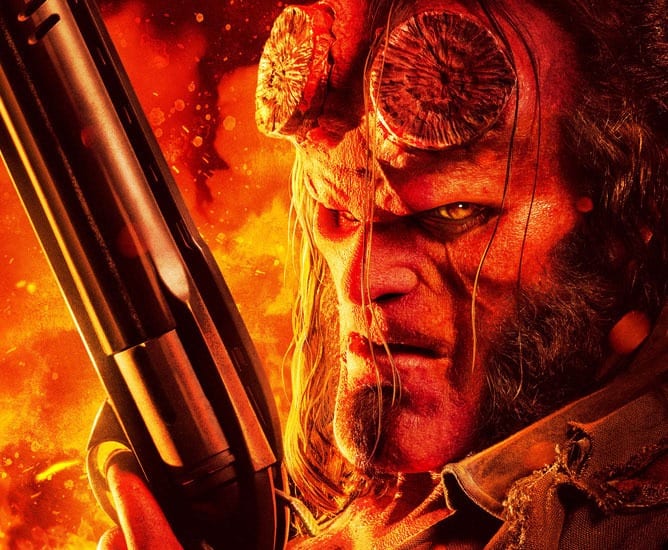 Lionsgate has just released the second trailer for their upcoming Hellboy film. Compared to the first preview which leaned more into the sense of humor of the movie, this new commercial focuses more on story and action.

For those unfamiliar with Hellboy, the opening of the trailer provides a quick summary of the character’s origins. Explaining that he was summoned from Hell during an experimental ritual on an island near Scotland. He was then taken in by Professor Broom and trained to fight against the demonic forces that threaten the Earth.

This war with hell is on full display during the trailer as Hellboy, Alice Monaghan, and Ben Daimio are shown fighting various demons together. In particular, Daimio’s Werejaguar abilities are highlighted as Hellboy is seen provoking him into transforming.

The variety of creatures in the new preview also shows that the team behind the reboot want the film’s universe to feel as alive and varied as the original comics. This is likely in part due to the influence of Mike Mignola who created the graphic novel and helped write the script for the new movie.

Focusing on the action of the film was a smart choice as the first trailer’s more comedic and light-hearted tone left some viewers concerned, but this new look at the reboot should help to ease any fears that fans might have.

You can watch the new trailer below. Lionsgate has also put out a Red Band version of the video that you can find here. For more on Hellboy, be sure to check out our article on the movie’s first trailer.