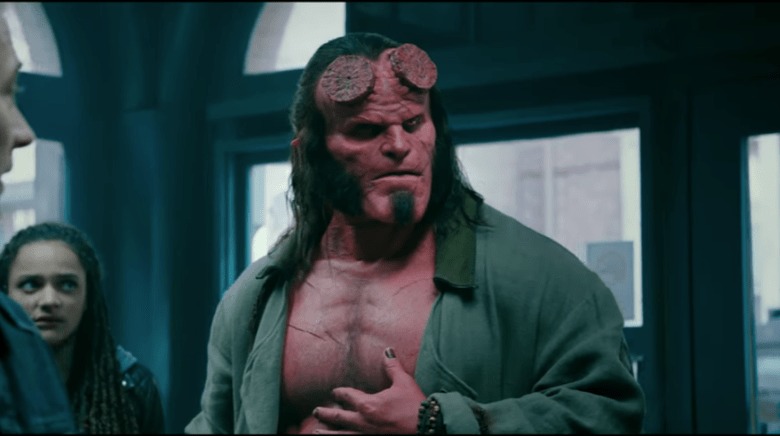 The first trailer for the rebooted Hellboy movie has finally dropped and it’s got quite a sense of humor.

The newly rebooted Hellboy movie looks to capture some of the humor from the comics, which makes sense given that the script was actually penned by Mike Mignola (the creator of Hellboy). The film is directed by Neil Marshall, who is known for his work on The Descent.

This is, of course, a reboot and is not at all associated with the previous two Hellboy films directed by legendary filmmaker Guillermo del Toro. Which better explains the shift in tone as well as the cast change.

According to Collider, it was originally planned for del Toro to finish his trilogy. However, disputes over how much the third film would cost kept it from ever really getting off the ground. It turns out Del Toro’s grand vision combined with expensive practical effects proved to be too much for the studio to green light.

Instead of letting the property lay dormant, Mike Mignola pitched a rated R reboot that he hoped would breathe some new life into the franchise. The reboot stars David Harbour as Hellboy, who is most notable for his role as Hopper in the series Stranger Things.

While the trailer does give us a look at some of the creatures that Hellboy will be facing, its hard not to notice the absence of Hellboy’s sidekicks. Abe Sapien and Liz Sherman who both play major roles in the comics and previous adaptations of Hellboy are nowhere to be seen in this trailer.

Of course, this is just the first trailer to be released. It’s quite possible there are still a few secrets that Mike Mignola is keeping tucked up his sleeves when it comes to the new movie.