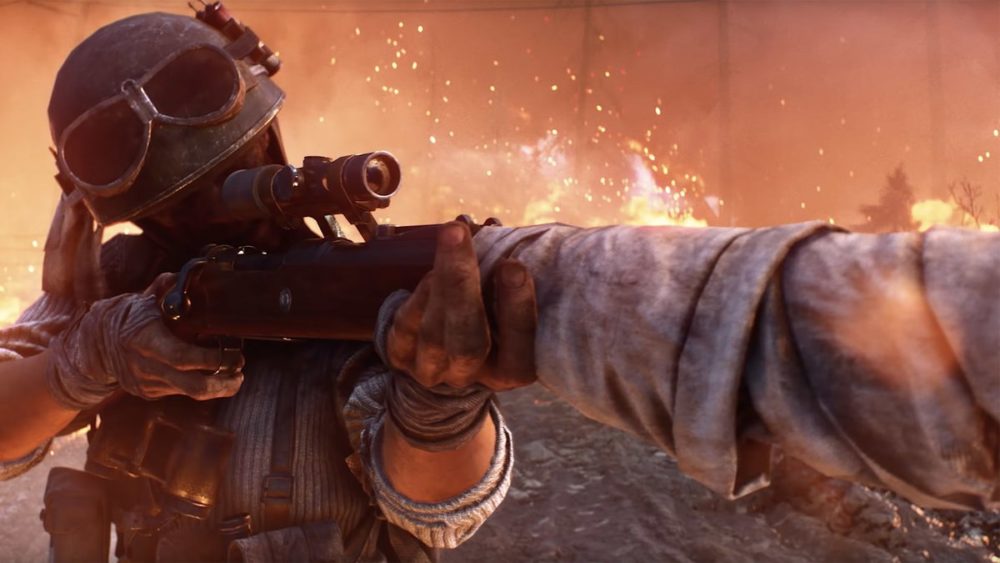 Last week, Twinfinite traveled to Criterion Software to try Battlefield V’s hotly anticipated take on battle royale, Firestorm. The mode impressed us thoroughly in the way in which it manages to feel distinctly like a classic Battlefield experience, despite the trending genre’s overly familiar gameplay loop.

Of course, we wanted to speak with the development team to get some insight into how they went about achieving this. Firestorm producer Arthur Rohart joined us for a discussion about the popular battle royale genre, the various challenges the team encountered during development, and where Firestorm is headed in the future.

Twinfinite Senior Editor Alex Gibson: Battle Royale is the big hot trend in gaming right now. Do you feel that Firestorm is a mode that has been designed to attract a new audience to BFV or is it first and foremost about keeping the current pool of players invested?

BFV: Firestorm Producer Arthur Rohart: I think first it is really designed for the BF players. We try to make that mode as Battlefield as possible, bringing the finesse of the main experience, the weapons and vehicles, as well as tie into the progression of the main game.

But we also believe that new players will actually come because there is a bit more playfulness and a bit more of a sandbox experience, especially with our destruction and vehicle mechanics. For them, they can try what Battlefield has to offer in one compact experience.

Alex: How do you balance the expectations of what a hardcore Battlefield player would expect from a Battlefield game within the context of battle royale, which is a mode that could potentially dilute the experience?

Rohart: That’s a really great question. It has been one of the challenges we had during development.

I think first you really look at Battlefield players and you look at what they really enjoy, from the destruction and the vehicles, etc., and then you look at what makes the battle royale so compelling — the constant tension that comes from perma-death, the inventory system, the shrinking zone, etc., and you play on both of those elements.

There are some aspects, for example, the classes — we make sure that we have the classes in Firestorm but only for the cosmetics items, because the classes, the perks would remove an element that is very important to battle royale, which is that everyone starts off as equal at first.

Also, we wanted to include healing as a mechanic, which is important to Battlefield. We wanted, for example, to respect which button is dedicated to healing. But we modified it slightly, because, of course, there is no health regen. We now use a slightly different system called syringes, which have a cooldown — so we balanced that.

So it takes many iterations and working with some key members of the Battlefield community.

Alex: Did you ever try implementing classes in Firestorm during any sort of testing phase to see how that would work? Apex Legends has showcased how classes/hero types can work within the battle royale framework, so were you not tempted to also try it considering what a large part of Battlefield it has always been?

Alex: Could that ever change in the future?

Rohart: That might be something that we explore. Also, something to keep in mind: the other aspect that was important was to distribute the gadgets. In the main game, these gadgets are restricted to classes, but for us something you can find around the sandbox. This makes the experience more balanced, especially in the case of healing.

I also feel it is good for players to discover a weapon that they may never have used before. I myself am an assault player, but then I can find weapons like the sniper rifle which I like but never really use in other Battlefield multiplayer modes.

Of course, in battle royale, if the only weapon you find is a sniper then you are going to take it. In this way, the game is pushing you to explore new options.

Alex: You must have looked at other battle royale games when you were developing Firestorm. What lessons have you taken from observing the successes and failures of other games in the genre?

Rohart: Totally. I think one thing that is very important for battle royale is pacing. It is about getting the right level of having encounters and having toys to play with; that it is not too intense but too long and too boring.

It’s also about bringing some new elements to battle royale while still respecting the core gameplay loop. For me it was very important to bring destruction, because in many battle royale you can just hide in a house and nothing happens. In Firestorm that isn’t possible.

Vehicles, of course, were crucial. Having many vehicles around, both transport and combat, so there is some toys around to play with. We wanted vehicles to be fun for everyone and not restricted to hardcore players.

The firestorm, as well — I think it was important that players notice the zone is shrinking. I think in some battle royale games it is just a simple storm and you never really notice it. That is why it was important to have that ring that fire, approaching and destroying things.

Rohart: It is intense, yeah. You can see it coming, you can hear it, and so, therefore, you are not always looking at the map, or you are not surprised by it, which happens in other battle royale games.

The other thing is that in other battle royale games I feel that I have no really very many things to do. It is just about surviving. That’s why we explored and incorporated objectives early on, and that has turned out really well. So now when I play I look at the objective/resupply point, I look for vehicle lockups and safes.

Alex: Obviously right now progression in Firestorm is tied to the main game. Do you have any plans to roll out some sort of a battle pass-like system in the future, similar to something we might see in Fortnite or Apex Legends?

Rohart: For now we’re just focusing on the launch of the game and for the moment we’ll continue to be tied to the progression of the main game.

Alex: There was mention of weekly experiences coming to BFV in the roadmap presentation. Will these extend to Firestorm at any point, perhaps in the form of a weekly challenge system akin to something you might see in Fortnite.

Rohart: The goal is that Firestorm will evolve and be updated over time via Battlefield’s live service. So, you can expect weekly experiences, as well as continuous quality of life improvements, class play, weapon and vehicle customization and progression/leaderboards being rolled out over time. However, there won’t be any “exotic modes” at launch.

Alex: Was balancing vehicles a key concern for you coming into Firestorm, because you could easily see tanks and other heavy vehicles giving unfair advantages to those who have them. Do you feel like the balance is right going into Firestorm’s release, or do you expect to tweak it?

Rohart: We wanted to bring tanks and heavy armored vehicles to Firestorm, but it was a very hard thing to get right. First of all, whenever you see a tank in a standard Battlefield game there is a perception that it is so imposing there is no way we can actually win.

But there are a lot of things that as a developer we can tweak, such as adding fuel and armor and adjusting the balance of those values. Also, you can’t repair tanks, you have to get out when it’s destroyed. So these are values that we tweak over and over, and right now it is quite fair, we feel.

Of course, when we launch Firestorm on March 25th we’re going to really listen to the community and work on balancing if we need to. I think we have it right but I want to know what the players think.

But tanks are tricky. For me, it’s all about breaking the perception that you can’t win against a tank. You have to push players to use gadgets and push them towards objectives and safes to find the weapons that can take out the tank.

Alex: Looking forward, how does support for Firestorm continue down the line when we know that Battlefield is typically a franchise that operates with an annual release strategy? Is there a cut-off point where you expect that support will end as you look toward the next installment in the series?

Rohart: Right now we’re just focused on the launch of the game and making sure that everything is set up. I think we will see how the community feels about it, you know? There is going to be a lot of balancing early on. The community might say they want this and that, and we’ll be focused on trying to make it evolve based on their feedback. So we’ll just see where that takes us.

You can read my full impressions of Firestorm from the preview event, or check out exactly how large the map is in the mode in our full analysis of Halvoy. We’ve also broken down all the key differences between Firestorm and other battle royale games.