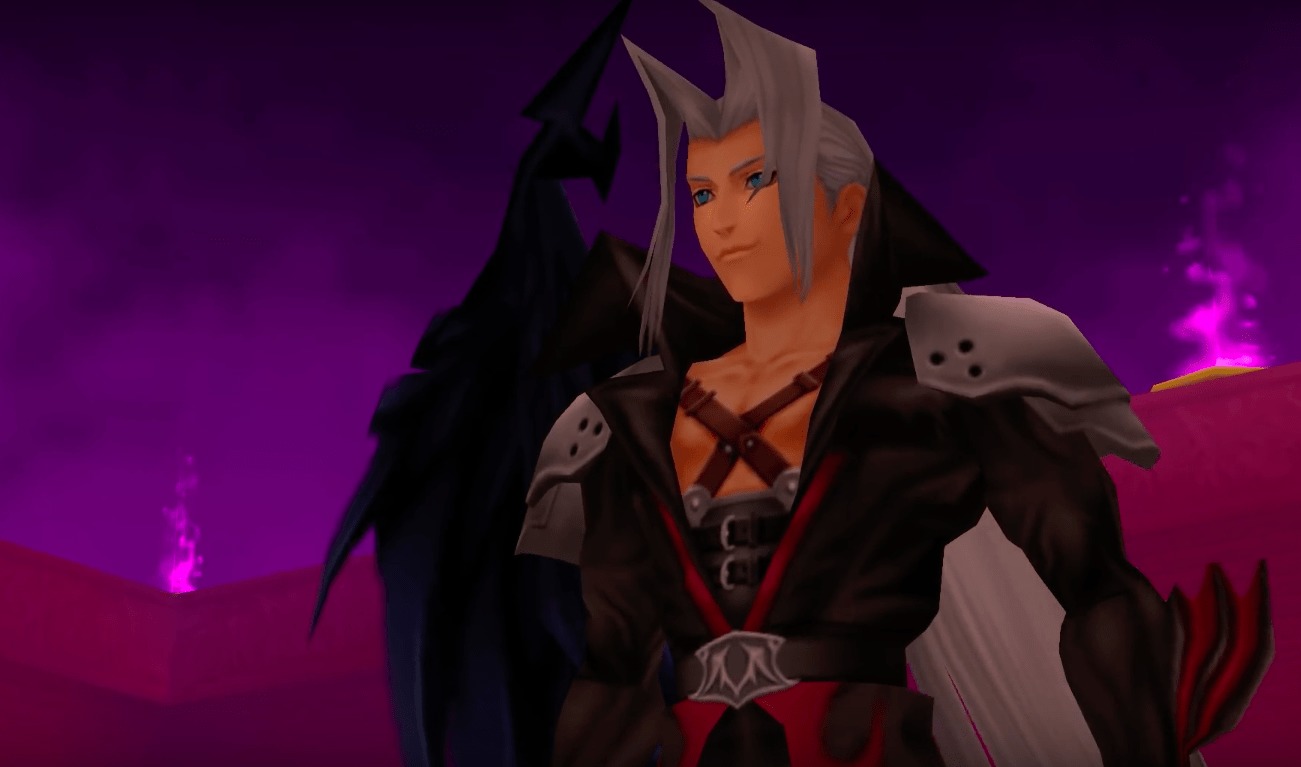 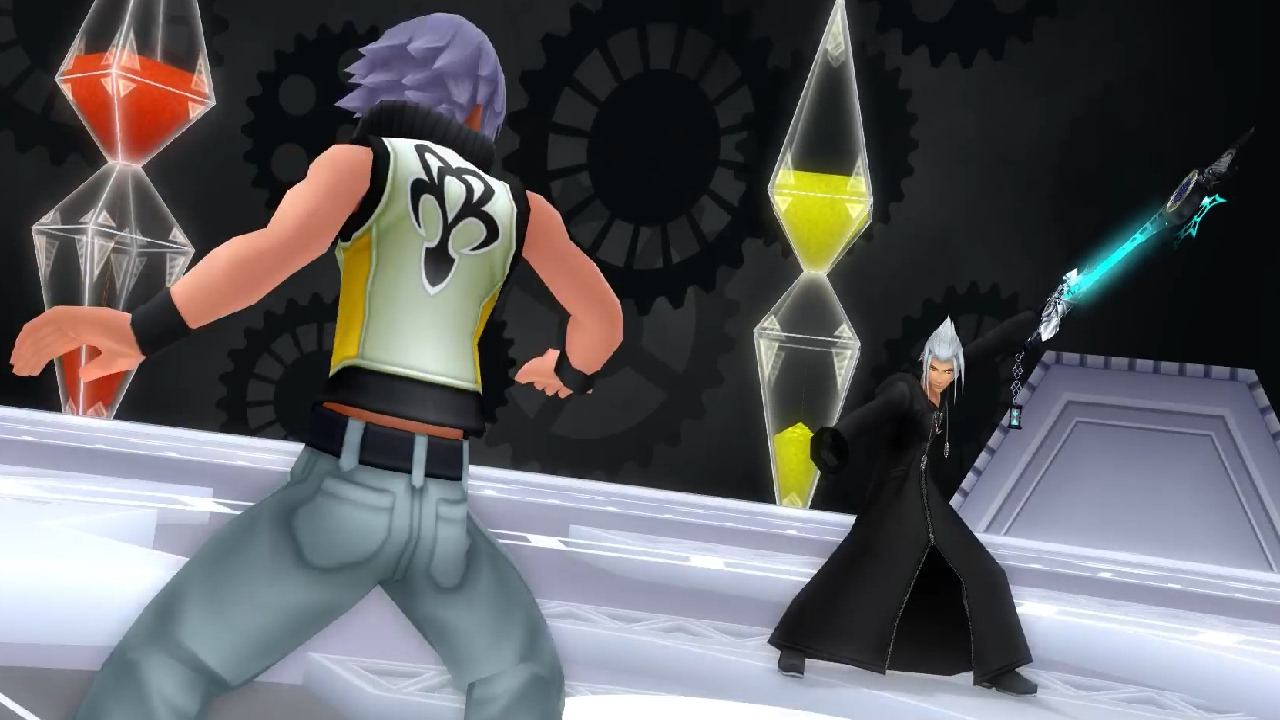 Easily the most difficult boss found in the main story of any Kingdom Hearts game, Young Xehanort acts as the true final challenge for Dream Drop Distance players.

Armed with powerful magic and a wide array of physical attacks, Xehanort can make quick work of you and your Dream Eaters if you go in unprepared.

Basic combos, guards, magic spells and flow motion attacks, as well as dodge rolls and evasive actions, all need to be executed with careful precision to take him down.

Even after you do though, he’ll use one final time spell to try and reverse the damage he has taken, forcing you to dodge his reality phasing attacks and hammer away at the spell as fast as possible to undo it before he’s revived.

It was a fitting confrontation to (nearly) cap off the game with, and one which rose the bar for how hard a boss in the games’ main stories could be. 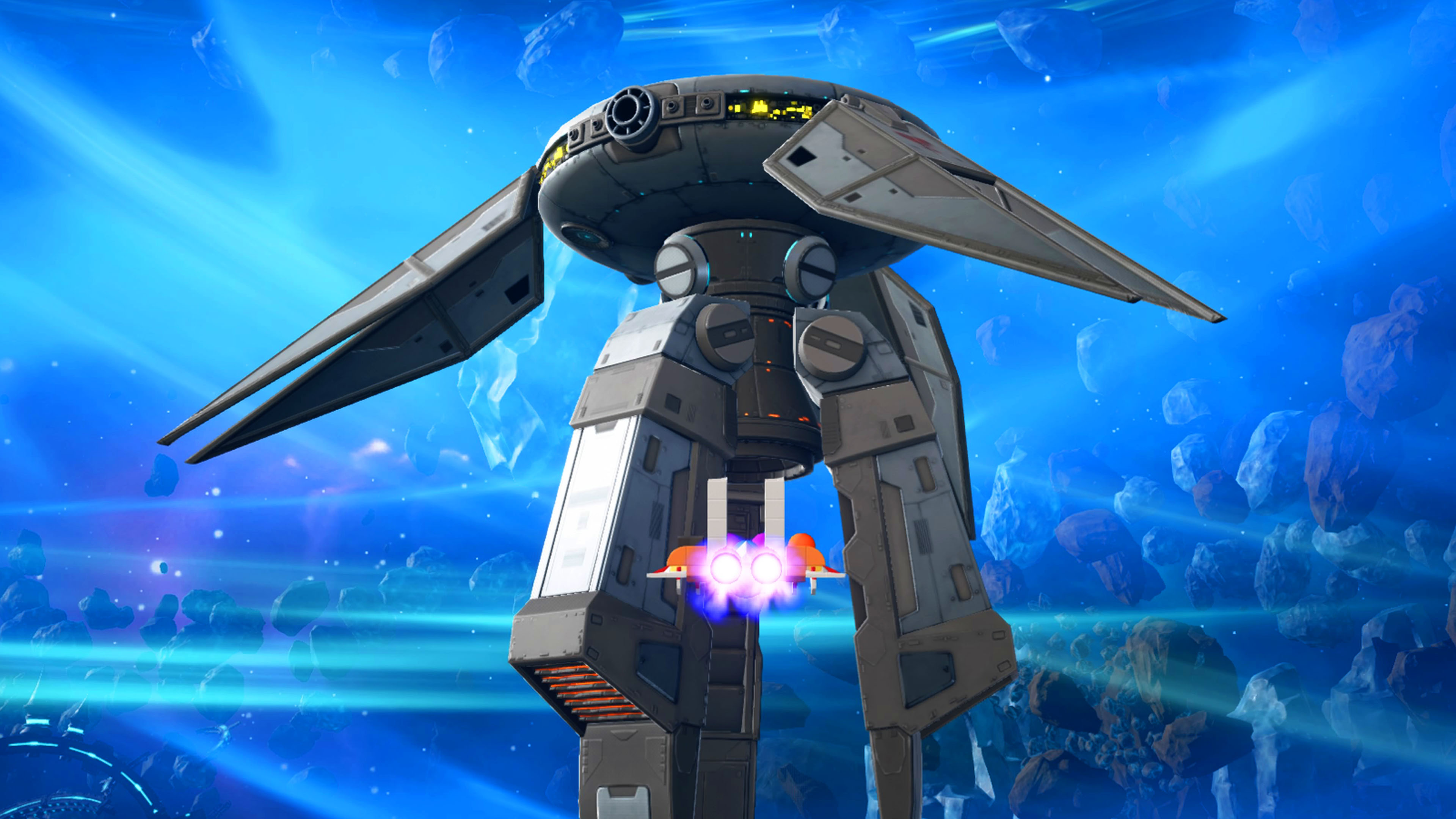 While Kingdom Hearts 3 might not have had many traditional bosses that posed a huge challenge, it did offer some of the series’ most formidable gummy ship boss encounters.

Case in point: The Schwarzgeist, a secret boss only accessible once players can craft a fast enough ship to breach a cosmic storm.

Doing so requires playing through the majority of the game first, so most would assume they’d be able to take down whatever waits inside.

It doesn’t take long for the Schwarzgeist to dispel this assumption. Armed with four barriers that need to be destroyed to even damage it, the ship is armed with a number of blasters that can tear a ship and its careless pilot apart.

Plus, after it’s first form is defeated, it spits out a smaller, more destructive ship to hit you while you’re still recovering from the first phase’s assault.

It’s not a boss to be taken lightly, and as such will leave you facing it more than a few times before you overcome it. 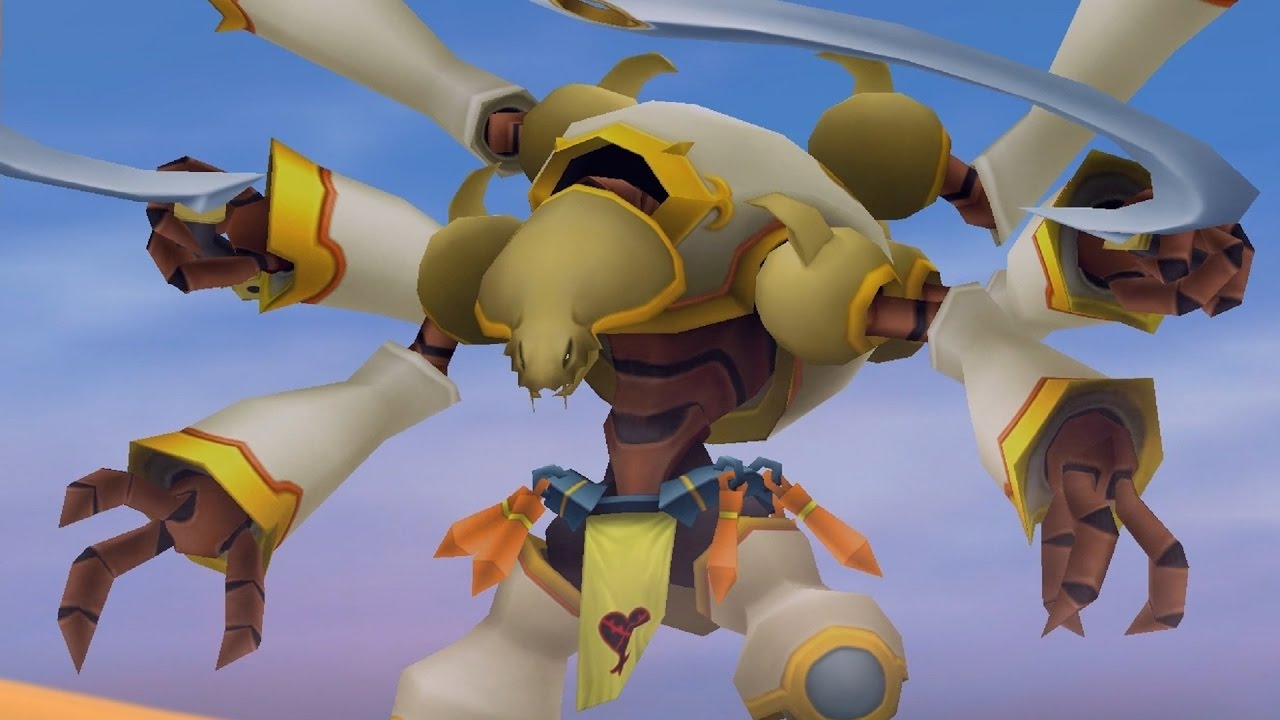 One of the first secret bosses fans of the series took on – and one of the first to grind them into the dirt when they went in without knowing what to expect – Kurt Zisa provides one of the more memorable challenges to overcome in the series.

Host to a move set filled with fast-hitting sword swipes, magical barriers and devastating rush attacks, Zisa requires you to stay on your toes and react as fast as possible to his different attacks.

Dodging at the wrong moment, or attacking when you should be getting out of the way of an incoming swipe, can lead to an untimely end for Sora and his party, sending you back to the start of the boss fight all over again.

And yet, with all of the challenge this fight provides, it’s also one of the most fun thanks to its variety. Sure, his plethora of different attacks are intimidating at first, but once you figure it out it’s one of the more visually striking fights in the game.

It’s a fight well worth struggling through, and when you finally fell this secret baddy, you’ll be all the more glad you completed it. 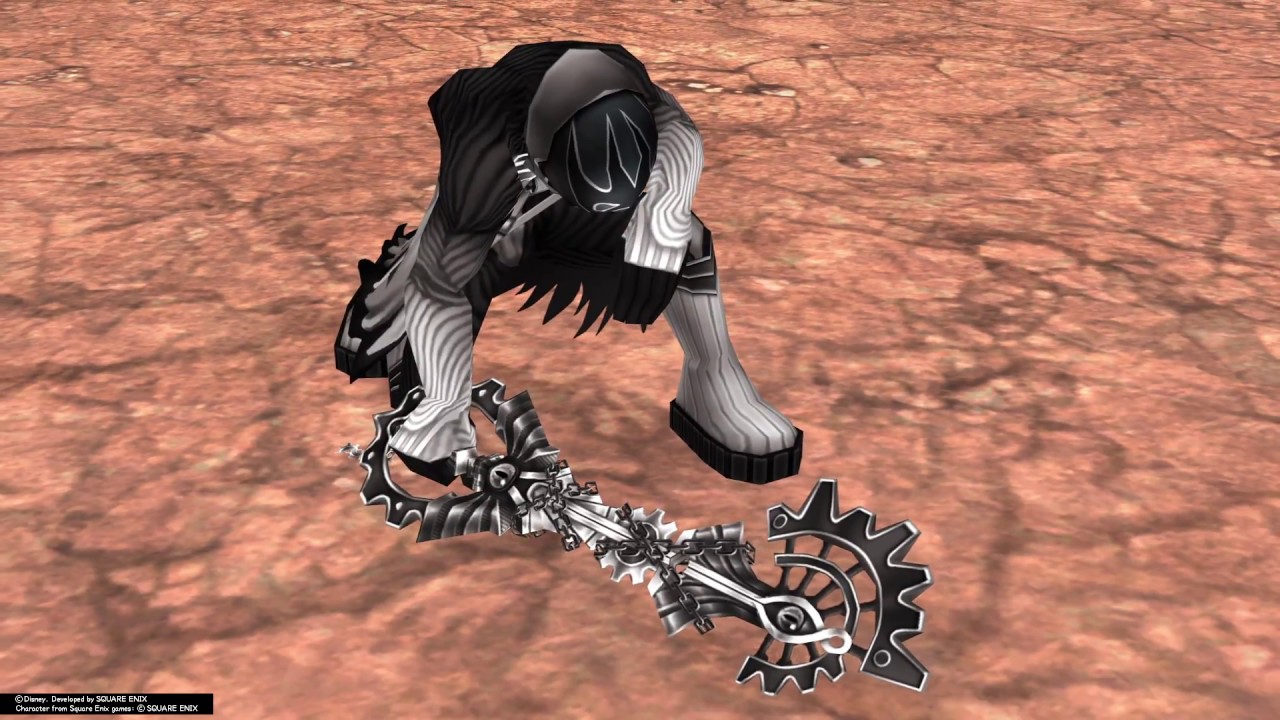 The first of the three secret bosses you can take on in Kingdom Hearts Birth By Sleep, the Vanitas Remnant is a boss that shouldn’t be underestimated.

Privy to all of the moves that made Vanitas a pain to fight in the main story, the Remnant boasts increased attack power that can obliterate even a high leveled character’s health bar in seconds.

It doesn’t help that you can only land a few hits on him before he dodges away, letting loose with more and more powerful moves as you carve away at his lone health bar further and further.

It’s a fight that takes patience to get past, but once you do, you’ll have a much better grasp on timing each character’s dodges, commands, and combos for the other secret fights found in the game. 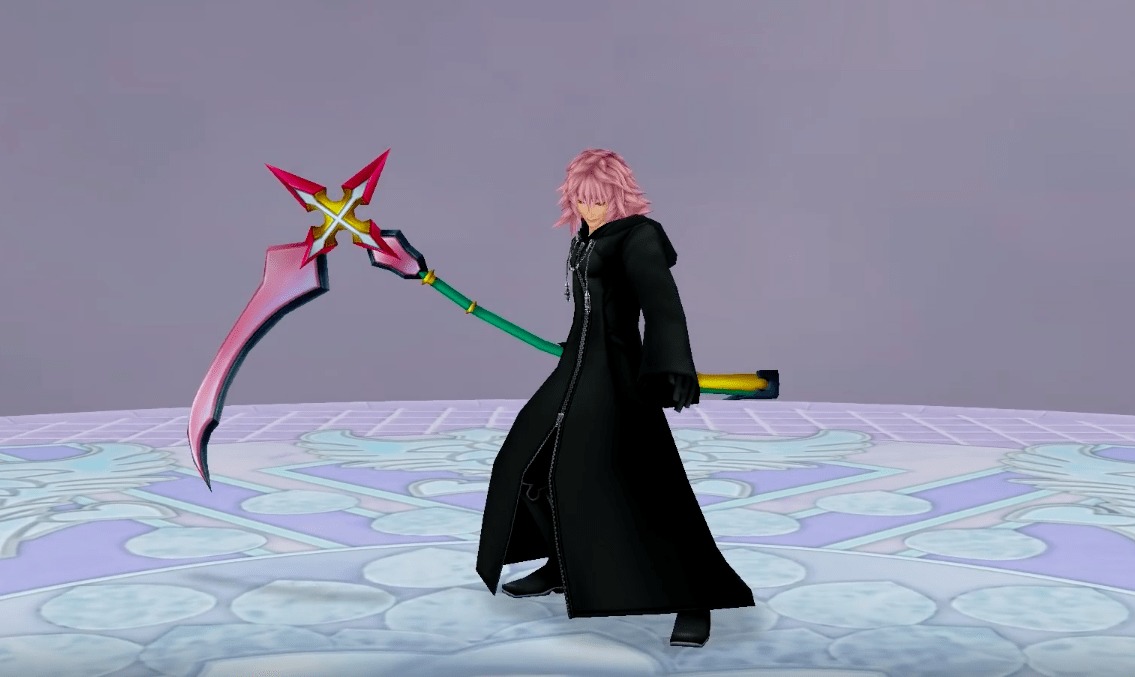 Among the Replica Data boss fights players can experience in Kingdom Hearts 2 Final Mix, Marluxia’s stands out as the most difficult.

Like other Replica Data fights, the battle has a special fight condition. Your health is replaced with a hit counter based on your level, and once it reaches zero you suffer an immediate game over.

This makes the boss fight all the more harrowing, as Marluxia’s combos rain down on you with dozens of hits each time if you don’t block them precisely.

As such, you’ll need to dodge and block for dear life, only attacking or launching spells at specific moments when Marluxia lets up his assaults.

It’s a tense, adrenaline filled fight that sets the standard for the rest of the game’s secret fights, and will leave a lasting mark on any player who manages to overcome it. 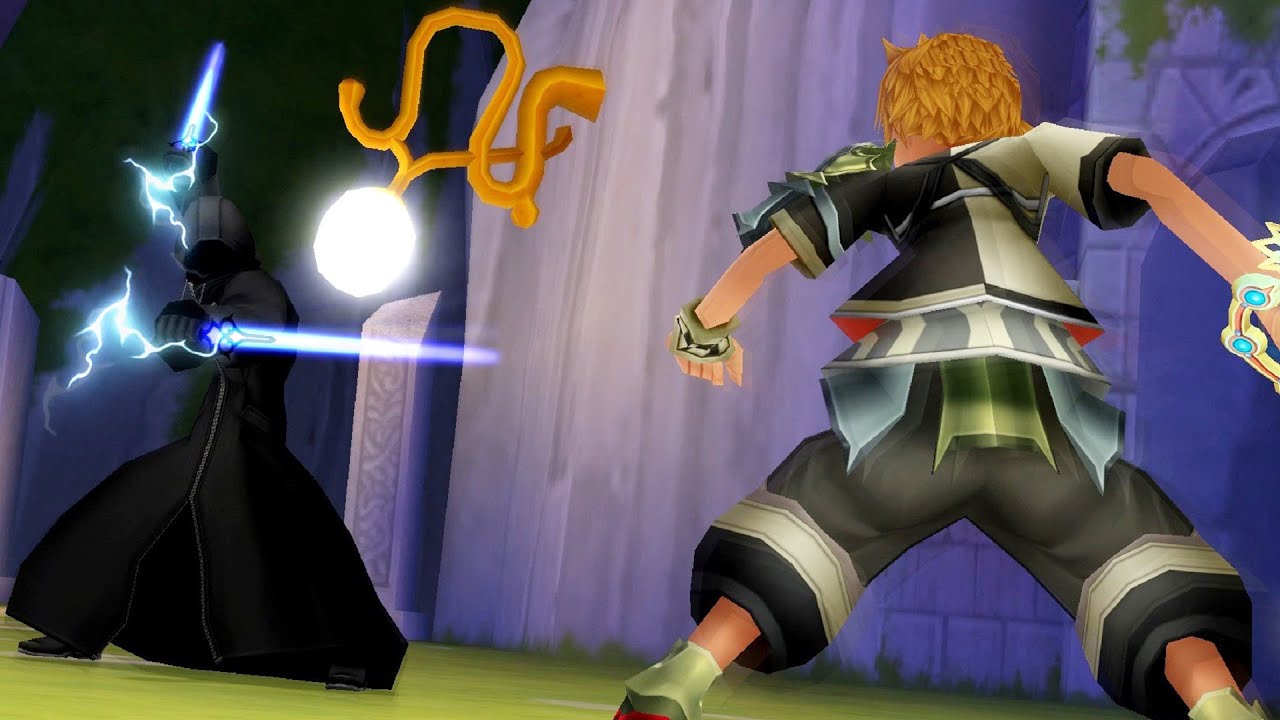 While it may not be the final secret boss in Birth By Sleep, The Unknown set a new standard for difficult boss fights in Kingdom Hearts.

Fast, deadly and armed to the teeth with one-hit-kill moves, this cloaked figure can slice, dice and decimate whichever character players try to take him on with.

To even survive what he dishes out, you’ll need to stack your command deck with elemental charge attacks that hit him in the brief moments when he’s visible, dodging away for dear life once they wear off and leave you vulnerable.

Things only get more intense the further through his health you get, as his attacks become faster and more varied the closer he gets to death.

The fight can seem impossible before you get a grasp on his move set, but once you overcome him, it’s one of the more impressive feats you can boast as a Kingdom Hearts player. 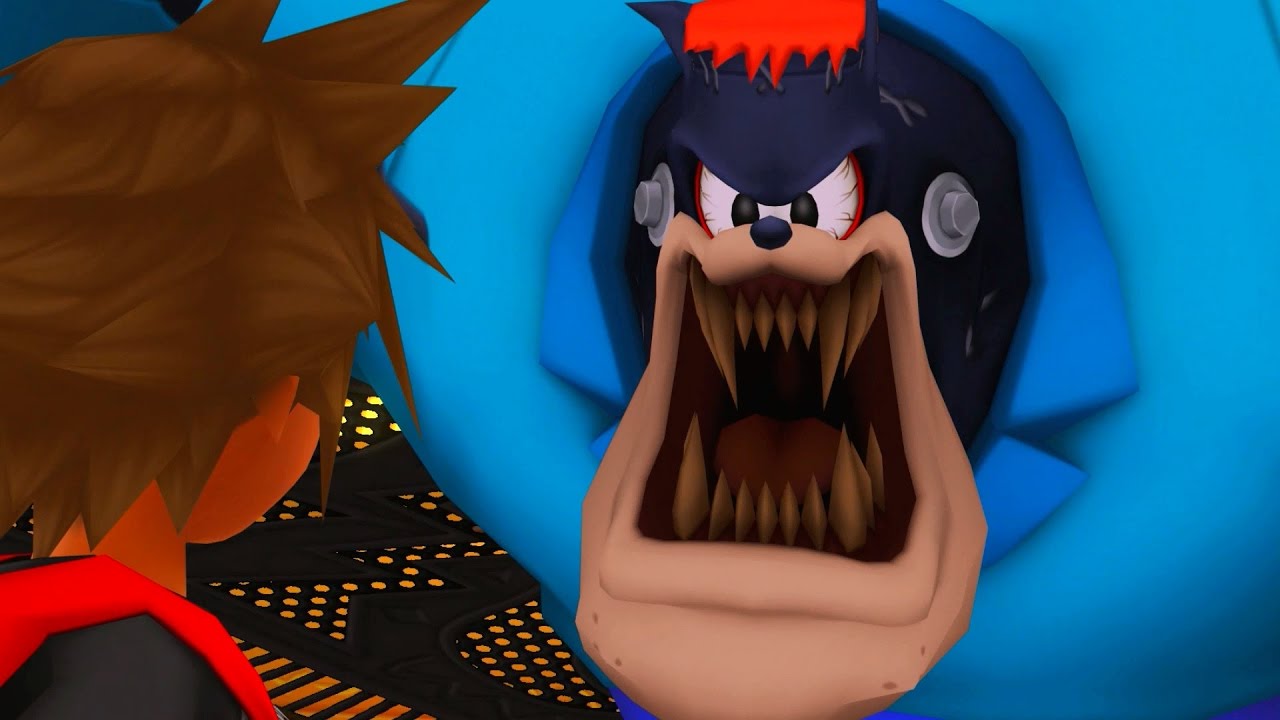 While Dream Drop Distance might not have many secret boss encounters to speak of, Julian more than makes up for it with the challenge he presents to even seasoned players.

Towering over you and able to throttle you with rapid, health depleting blows, Julius is a raging hulk of a boss compared to other enemies in the game.

Few attacks phase him at all, and if you don’t space yourself out for attacks and dodges perfectly, you’re likely to see a sudden and crushing return to the game over screen.

The only saving grace of the fight is that it takes place in a spacious, flowmotion-friendly environment that lets you zoom away from him as quickly as possible, but even then he can come crashing down on you from across the arena once his health is low.

It’s difficult, it’s crushing, and it’s not a fight you can take lightly, but that’s also what makes it so much fun to finally overcome and put behind you.

Almost all of the One Winged Angel’s attacks are one hit kills for all but the most highly leveled players. They come out fast and hit you like a truck, whether they’re a simple sword swipe or a pillar of infernal flame.

Even if you manage to dodge these attacks, it can take a seemingly endless amount of time to cleave through his massive health bar – which doesn’t even visibly deplete for the first few combos you land – and trigger his next phases.

Speaking of which, each new phase brings with it new, more deadly moves, including a move that depletes you to zero MP and a single point of HP.

Defeating this boss remains a badge of honor among fans, and there are many who are still adamant that they’ll never defeat him no matter how hard they try. 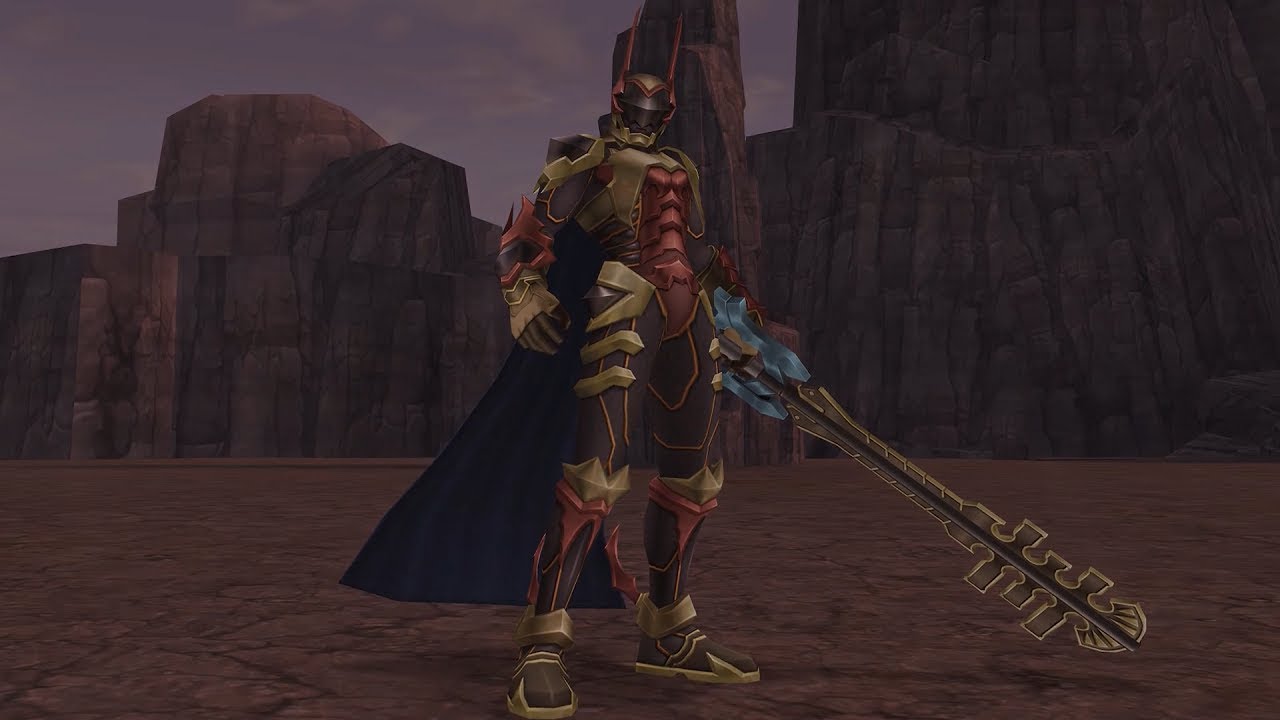 There are plenty of new and difficult boss fights brought to the series by Kingdom Hearts 2 Final Mix, but the Lingering Will is the one that stands out as the most difficult.

Armed with incredible defense, teleportation dodges and combos that make your own look like a kid swinging a toy sword around, this sentient suit of armor can bury your ambitions of clearing every boss in an instant.

Even if you manage to survive his initial onslaughts though, he’ll come back stronger and more aggressive with each phase, unleashing attacks and combos that could each pass muster as finishing moves all on their own.

Or at least, they can until he unleashes his actual finishing move, which unless you can dodge it immediately will most certainly grind you into a stain on the ground.

It was, and is, a challenge reserved only for the best Kingdom Hearts 2 players, and gave new meaning to what a difficult secret boss in a Kingdom Hearts game was. 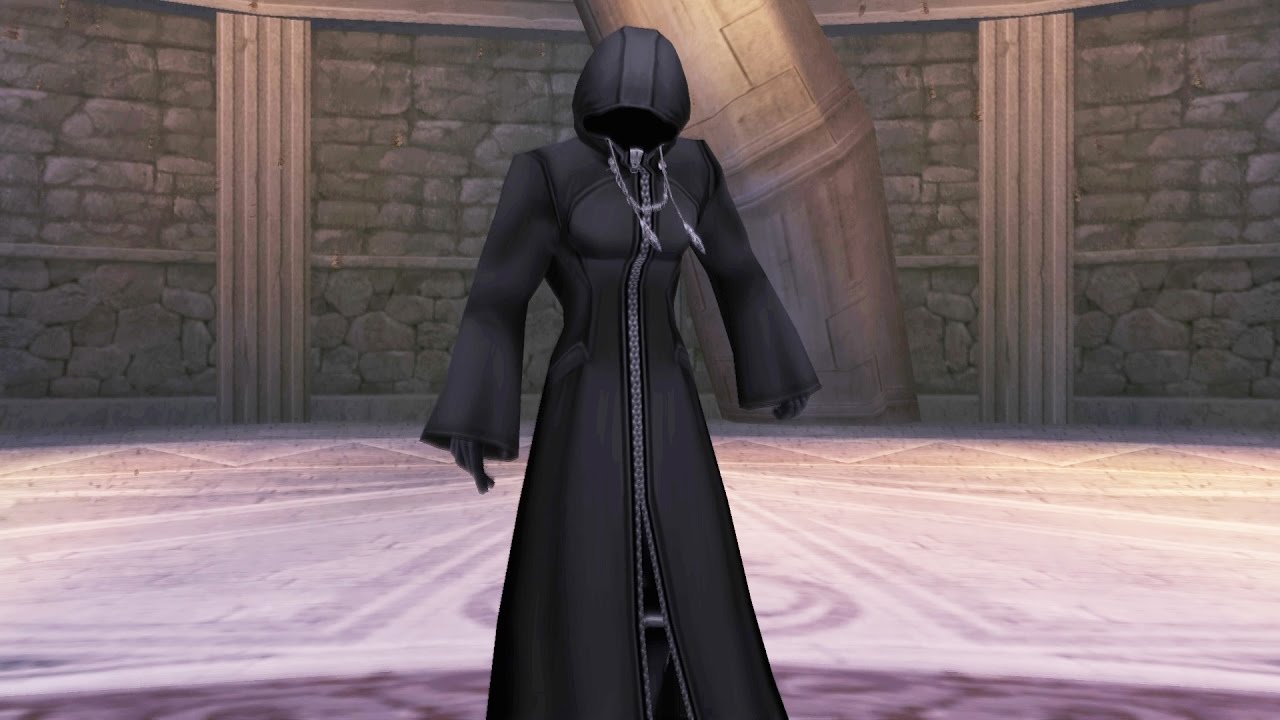 This boss is the alpha and omega of difficult Kingdom Hearts bosses.

Introduced as a new addition included in Kingdom Hearts Final Mix, the Enigmatic Man makes the rest of the bosses offered in the game look like they’re moving in slow motion, Sephiroth included.

Armed with beam sabers, laser blasts, and electrified barriers, he zips and zooms around you and your party before delivering devastating blows that can knock you all out in one blow.

To even do viable damage to him, you’ll have to block his attacks at just the right time, staggering him long enough to get out a single combo if you’re lucky.

As the fight ramps up though, this will only become more difficult, pushing your ability to read moves, attack and dodge to their limits.

It’s a nearly impossible fight for most if you aren’t at the max level, and even then you need to understand exactly how to use every spell, item and attack you have at your disposal.

Once the dust clears and you finally stand victorious though, it stands as the most difficult, and most memorable, of the boss fights the Kingdom Hearts series has to offer.