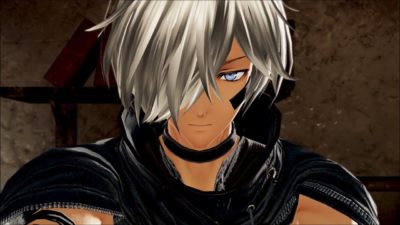 How to Link Burst in God Eater 3

God Eater 3 is finally out and there’s a lot to learn about the game’s mechanics. Here’s everything you need to know about how to Link Burst in God Eater 3.

God Eater 3 is the threequel in the famed Bandai Namco hack-and-slash series. As you’d guess if you’re a God Eater fan, players are tasked with taking down massive monsters known as Aragami, using God Arc weapons.

These God Arc weapons can be used for melee attacks and they can also be transformed into guns for some bullet action. The player, known as the God Eater, can absorb energy from the monsters they do destroy and use it to unleash burst moves, or special attacks that do some serious damage.

One of these burst moves is the Link Burst and here’s how to do it in God Eater 3.

Before you can use a burst move, you must first defeat enough enemies to obtain the bullets and energy you need. Devour an enemy to get Link Burst bullets.

First, switch to Gun Mode. This will turn your God Arc weapons into guns in God Eater 3.

Then, aim at one of your allies until you see a red lock-on triangle appear on screen. This triangle indicates that you have successfully locked onto an ally, which means you’re ready for a Link Burst.

While locked-on to your ally, shoot the bullet at them with R1/RB. Then, press Triangle/Y. This will activate a Link Burst.

It’s important to know that, while using the move in God Eater 3, bullets will collide with terrain and monsters, which could prevent the move from happening.

That’s everything you need to know about how to Link Burst in God Eater 3. If you’re unsure if the game is for you, check out the launch trailer released last week to celebrate the game’s western release. If you are a fan of the game, be sure to download the free PS4 themes available now.