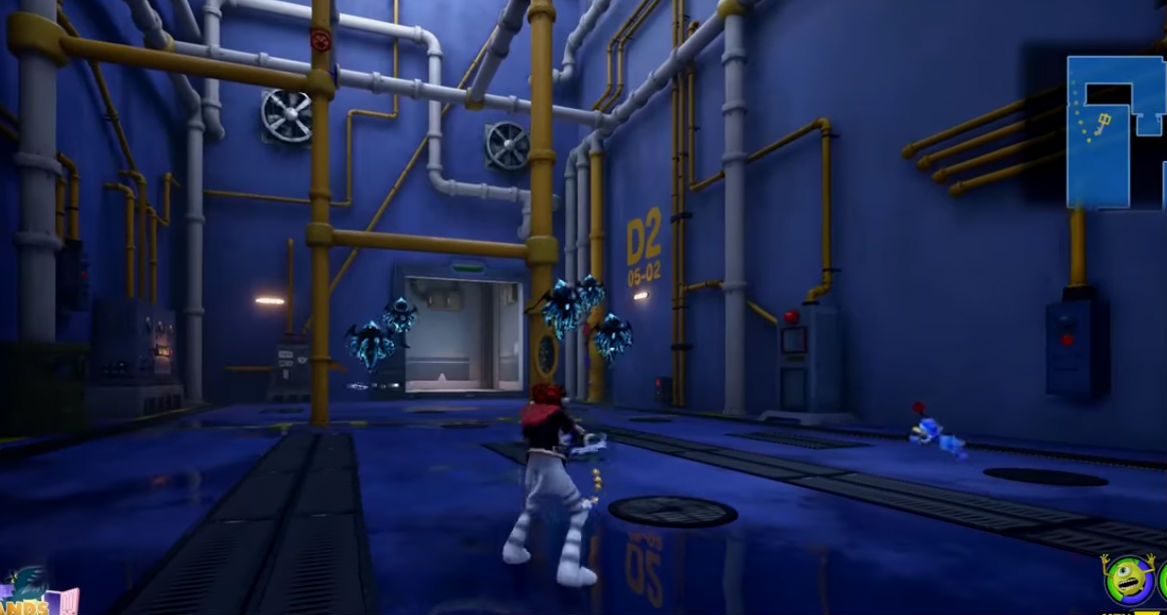 A prominent side quest in Kindom Hearts 3 requires you to take photos of a couple of monsters for the Moogle Shop’s owner. In order to capture their likeness, you’ll have to find each specific one. Here is everything you need to know about the Water Core Kupo photo location in Kingdom Hearts 3.

Water Cores are small creatures that can be recognized by their unique black-and-blue tendrils and yellow eyes. They will no doubt catch your attention the first time you run into one of them, which could be as early as The Olympus world.

In order to find the Water Cores in Olympus, you’ll need to venture a little past the entrance of the start of the area. This first group of them can be found near the base of a waterfall.

To start, warp to Thebes and go through the Mount Olympus entrance. Once inside, follow the river to the right.

Run past or fight the enemies that spawn until you see a ramp on the left leading up a cliffside. Follow this up and run up the white wall in front of you.

When you reach the top, head to the right and platform up three smaller white walls. You’ll see a statue to the left, just past a gap.

Head to the right of the statue and there will be a waterfall waiting for you where the Water Cores will spawn. Take note, when you kill these enemies they will not respawn. As such, you should snap a picture before killing them.

If you have passed this point, there are still a few other locations you can take a photo of the Water Core at.

Monsteropolis is another prominent area you’ll find a lot of these enemies in Kingdom Hearts 3. The easiest way to find them is by going to the Power Plant access-way waypoint.

Once there, head up the elevator. Follow the path at the top to the end and you’ll be taken to a water room where the Cores spawn.

While we haven’t found it specifically ourselves, many players have also found Water Cores near water in the Kingdom of Corona and The Caribbean.

Once you’ve snapped the photo, head back to the Moogle Shop. The Moogle will reward you with the Umbrella Rosette for your hard work.

That is everything you need to know about the Water Core Kupo photo location in Kingdom Hearts 3. For more photography pointers and other helpful hints, be sure to check out our official Kingdom Hearts 3 wiki guide.

Question: Where can I take photos of Water Core in Kingdom Hearts 3?

Answer: Water Cores can be found in Mount Olympus near the waterfall and in Monsteropolis at the end of the Power Plant access-way waypoint’s elevator path.