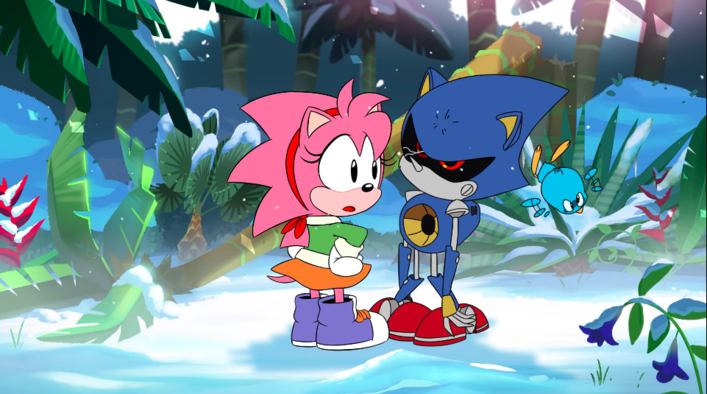 Since the launch of Sonic Mania back in 2017, Sega has been releasing several short animated episodes that are part of a series titled ‘Sonic Mania Adventures.’ The series was supposed to end after the final and fifth episode, but Sega has given us a Christmas present in the form of a sixth bonus episode just in time for the holidays.

Starring Amy Rose and Dr. Eggman’s Metal Sonic, the episode teaches us to be kind to everyone, even if that person is the mortal enemy of you and your buddies. It’s crucial to forgive and forget and Amy shows us just that in this holiday special.

Here’s the synopsis of the bonus episode via the YouTube video description, which you can watch below:

“Metal Sonic and Eggman crash into the jungle after being defeated. Broken, abandoned, and alone as seasons pass and the skies turn cold, a surprise appearance may change Metal Sonic’s fate forever.

We were so excited to work on this bonus holiday short of Sonic Mania Adventures for you all – a little something to celebrate the spirit of giving, and the kindness that can warm even the coldest of hearts. Happy Holidays, from all of us at SEGA!”