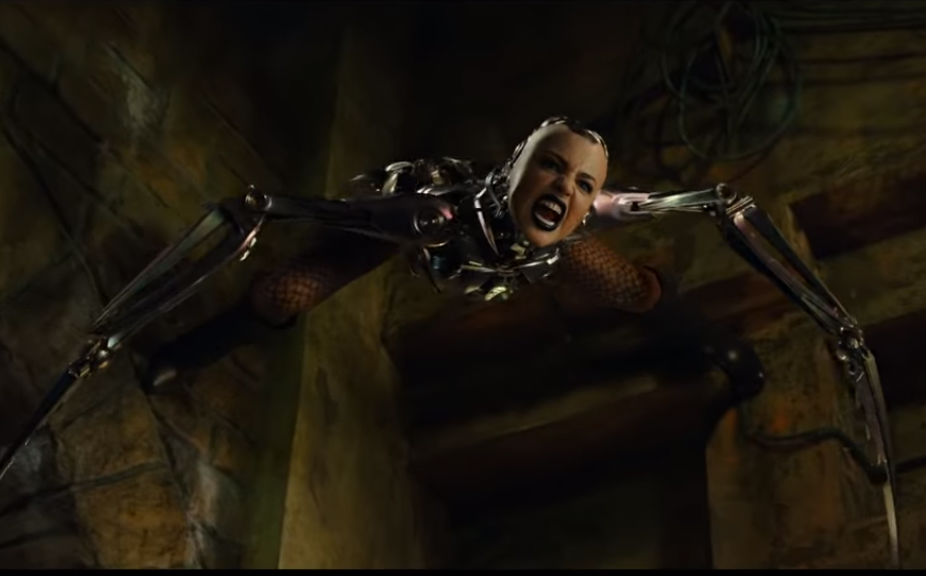 Alita: Battle Angel is unlike any other live action movie that’s come out this decade, as it blends anime and real life together to create a surreal experience.

At The Game Awards, Geoff Keighley unveiled a never before seen clip of the upcoming sci-fi epic, showing off the action fans can expect when it releases. The quick video showed Alita getting her hands dirty, as she and Christoph Waltz character, Dr. Dyson Ido, are jumped by three human-machine hybrids.

In the footage, Ido urges her to escape, as he fears the three enemies will hurt her. Alita shows that she isn’t afraid though, as she defeats one of them almost instantly, jumping on him and smash him in the face.

The second drops her coat to reveal spider-like arms and legs, immediately charging straight toward Alita. As the Ido tries to help, the large man grabs him, urging him to “watch her die.”

Alita surprises them all though, nimbly dodging and striking, eventually delivering yet another fatal blow to the second of the three machines. While short, the clip showed that Alita: Battle Angel is going to be an action-packed thrill-ride.

Soon after the clip both actors, Rosa Salazar and Christoph Waltz got on stage to hand out the award for Best Performance. Each noted how important digital obviously was to Alita: Battle Angel, as well as the impact and difficulty of voice one of those kinds of characters.

Alita: Battle Angel is set to release on February 14, 2019. For more information, be sure to check back to for updates.