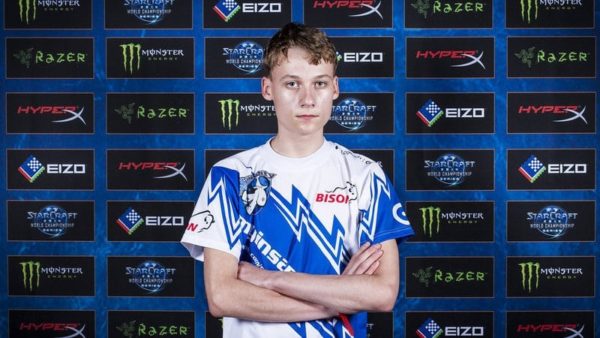 Over the last few years, The Game Awards has positioned itself as being the award show for video games. The industry doesn’t have its own Emmy or Oscar equivalent yet, but The Game Awards is the closest it has to it, and it could end up being that show one day.

Organizer Geoff Keighley has put together a respectable group of publications from around the world to participate in the jury panel, and has a whole separate division for esports as well.

Overall, Keighley has done a great job with The Game Awards, especially when compared to everything else gamers have had suffer through before it.

This year, though, there was a major oversight that I cannot find it in me to let go. It’s a gaffe so bad, that it has shifted my opinion of the show from being something that admirably tries to honor the best of the best, to something that more closely resembles a popularity contest.

I’m talking about the inexplicable non-nomination of Serral, AKA Joona Sotala, from StarCraft 2.

Unless you’re a current fan of StarCraft 2, you probably haven’t heard of Serral. Although to be fair, the same can probably said of any esport that you don’t actively follow, irrespective of the game’s popularity or lack thereof.

Allow me then to fill you in on who Serral is, and why snubbing his historic 2018 run is a fake-crime of the highest severity.

Serral is a 20-year old Zerg player from Finland. While most pro StarCraft 2 players do everything almost perfectly, Serral is probably best known for his efficiency and patience.

He rarely takes bad fights, and he has no problem slowly bleeding his opponent out by focusing on building up a superior economy, and forcing the other player into making resource-costly mistakes. Important stuff in real-time strategy games.

Although he has been one of the stronger European players over the last couple of years, he blossomed into a legitimate BlizzCon threat in 2018, taking just about every non-Korean tournament that he participated in.

His last tournament lost was back in March 2018, and since then, he has won every major event that he participated in.

Serral swept every WCS Circuit event (designed for players outside of Korea), and came in first in GSL vs. The World, the biggest event aside from BlizzCon that features both Koreans and non-Koreans.

Still despite his success, many people had doubts that Serral could win BlizzCon. After all, there were decades of evidence to point to of non-Koreans crumbling on the biggest stage.

There have been “foreign” heroes before. Alex “Neeb” Sunderhaft, an American Protoss player, won the 2016 KeSPA cup, and was the first foreigner to win a Korean tournament. He was the sexy BlizzCon pick before Serral became the new “foreign hope.”

Although Neeb has had an incredibly successful career and is well-respected by many pros, he has yet to make a deep run into BlizzCon’s WCS Global Finals, which functions as StarCraft 2’s final championship.

The GSL, considered to be the premiere league/tournament in the world, has been and continues to be dominated by Koreans. Non-Koreans can participate in GSL, but they must live in Korea. Serral has yet to attempt qualifying for GSL, likely because of this reason.

So despite Serral’s dominance in the foreign scene, many expected him to eventually fall to one of the top Korean players. Serral did get that GSL vs. The World win, but by and large, most of his wins were versus other foreigners.

Neeb showed that you can steal a tournament from Korea, but still lose at BlizzCon, the one that really matters.

Perhaps Serral would get the furthest a foreigner had ever gotten, maybe even make the finals, but picking Serral to win it all was still considered to be a bold pick by most. It was one of those things where you had to see it before you’d believe it.

It was pretty surreal, then, to see Serral raising that StarCraft 2 WCS Finals trophy over his head on Nov. 3. It was a moment that has been in the making for decades.

StarCraft, going back to StarCraft 1: Brood War, has always had international popularity, but the esports scene had always been dominated by Koreans.

Other esports titles, especially those that feature larger rosters that have space for strong non-Korean players, have cracked through that barrier somewhat, but StarCraft, a singles 1v1 game, was one of the few holdouts where Koreans still dominated.

You can’t rely on teammates to bail you out from your mistakes in StarCraft. You only have yourself to blame when you lose.

Despite paving the way for international esports, Korean StarCraft players never relinquished their stranglehold on the series, until Serral this year.

Serral’s run is truly historic, and will go down as one of the most important moments in one of the oldest and most revered esport games.

And, just in case you thought it was a fluke, Serral once again beat top Koreans on his way to winning his first ever Homestory Cup, an event that wrapped up this past week.

I don’t know what else Serral could have possibly done to earn a nomination by Keighley and the esports voting jury which included prominent voices such as Bleacher Report, ESPN, Forbes, and Dot Esports, to name a few.

Serral basically had about as perfect a season of StarCraft 2 that is possible for a foreigner, and he capped it off with a historic win at BlizzCon that can never be replicated. There only can be one first ever non-Korean to be StarCraft champion.

The most logical conclusion that can be drawn is that it appears like it doesn’t matter what Serral, or any StarCraft 2 pro does. StarCraft 2 isn’t being considered for The Game Awards nominations.

It’s a shame that this is the case. Even if StarCraft 2 isn’t as popular as some of the giants such as League of Legends or CS: GO, it’s still up there, and perhaps thanks to Serral, it’s growing in popularity too.

I guess Serral just has to go do it all over again in 2019. He’s capable of it. Maybe that would be enough for The Game Awards to give him the recognition he deserves.