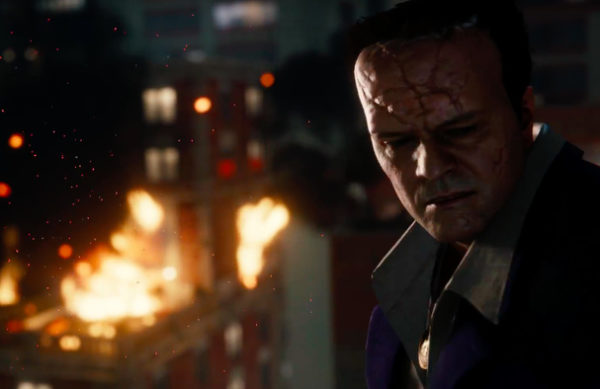 If I came expecting a stellar narrative from Turf Wars, the latest Spider-Man DLC, I left underwhelmed.

But those hoping for substantial additions will likely walk away as disappointed as I was from Spider-Man’s latest downloadable package.

Unfortunately, the main story in Spider-Man’s Turf Wars becomes confused in the escalating feud between the Maggia dons and Hammerhead. Turf Wars seems to focus on the wrong parts of Spider-Man, making several elements feel lackluster.

In the short campaign provided, gameplay mainly revolves around stealth missions and tailing events. The overall pacing of Turf Wars slows to a crawl as a result, with little additions to make downtime feel exciting.

Compared to the prior relationship on display with Black Cat, Turf Wars noticeably skips on meaningful narrative drama. Hammerhead and the Maggia dons remain off-screen for most of the story, resulting in antagonists who don’t appear threatening.

The lack of tension was a real shame, as the original narrative in Spider-Man contained several gripping story beats. The overarching conflict was disappointingly predictable, with several lines straight from the henchman’s handbook.

While Hammerhead himself came across as a cartoonish villain, Spider-Man and his allies shined. As Peter continues struggling to carry the Spider-Man mantle, he witnesses the stoic Watanabe crumbling under the weight of police casualties.

The interactions with the New York police captain engaged me most throughout the Turf Wars storyline. Despite the disappointing Hammerhead narrative, the increasingly combative exchanges between Spider-Man and Watanabe alluded to a more gripping potential conflict.

If Spider-Man’s final DLC explores their divide further, it may resonate much like the fall of Octavius in the base game. With Hammerhead portrayed so bafflingly bland, Spider-Man could undoubtedly use a more complex antagonist.

These additions contain the established patterns in the base game, providing a challenge on par with their respective counterparts. Despite Screwball’s annoying internet persona, her missions were the most exciting aspects of the entire Turf Wars package.

Hammerhead’s bases work just like the previous DLC, as players clear various waves of henchman to rid an area of its criminal element. As Hammerhead’s men come equipped with stolen Sable tech, these bases remain a challenging task even with Spider-Man’s full array of gadgets.

With technical advantages like energy shields, electrified whips, and agile jetpacks, these goons are tough to overcome. That bump in difficulty comes welcome for those seeking an end-game challenge.

In many ways, however, Turf Wars stumbles when compared to Spider-Man’s previous downloadable package. As the latest chapter in The City That Never Sleeps, it retains merit for continuing off of the cliffhanger drama of The Heist.

But individually, I can’t help thinking more love should show through Turf Wars. As the narrative’s ending dangles several cliffhangers for the DLC’s final chapter, I’ll have to hope Silver Lining can successfully land the vague storyline here.

Turf Wars feels starkly empty, and as an individual package should warrant a pass. But for those who purchased Spider-Man’s season pass, the gameplay here will likely tide you over until the final installment to The City That Never Sleeps.