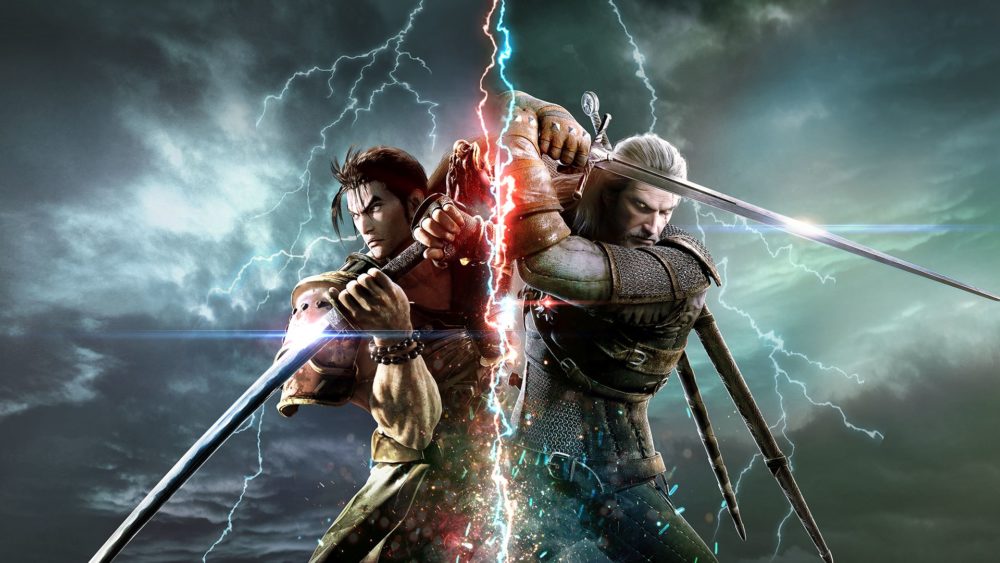 Note: Due to SoulCalibur VI not being out until Oct. 19, we haven’t been able to experience the full range of multiplayer options for the game, and have had trouble connecting. Because of this, we won’t be issuing our full review of the game until then, when we’ve had a chance to experience the full online options and how it all works. Look out for our full review of SoulCalibur VI in the coming days.

It’s been six years since the release of SoulCalibur V, a rather divisive entry in the franchise. A lackluster story mode and the cutting of classic characters for new ones, among other things, didn’t sit entirely well with fans. Bandai Namco has clearly gone back to basics with SoulCalibur VI, as the newest title feels like something of a soft reboot for the series. It’s a game that’s stuffed to the brim with content, and easily the most accessible SoulCalibur title to date.

Fighting games, as of late, have made huge efforts to be more accessible to those not familiar with the genre. This ranges from Dragon Ball FighterZ’s simplified combo system to the motion controlled systems of Arms. SoulCalibur has always been a bit easier to pick up and play than games like Street Fighter, but no less difficult to master.

While that still rings true for SoulCalibur VI, it’s easily the best place to start with the series, both story and gameplay wise.

I’ve played roughly 25 hours of SoulCalibur VI so far, most of which has been spent with the game’s two different story modes. There’s a surprising amount of depth and content to the story, more so than any SoulCalibur game before it, and I’ve honestly been pretty blown away by how much I’m enjoying it all.

Libra of Souls is the first mode that has you creating your own characters, and venturing around the world, through the story of SoulCalibur.

This mode plays out on a world map with you advancing to different points to continue the story. There’s a huge amount of depth to Libra of Souls, however. There are towns you’ll visit where you can purchase new weapons or food (used to give you stat boosts during battles.)

As you advance to new points through the story a ton of different sidequests and side battles will open up to tackle, and you can travel to these alternate points by using an “Exploration” option. While traveling, however, there’s a chance of random encounters which means a quick battle with an enemy.

Libra of Souls then weaves into the game’s other story mode, Soul Chronicle, which lets you play through a handful of missions as each character. There’s a huge amount of effort that went into the writing for SoulCalibur VI’s story, and surprisingly I found even the side content to be quite engaging and heartfelt. The presentation of the story is mostly done in character portraits and lines of text, with no voice acting, but in this case, I didn’t find it to be a detriment as strong writing helps it stand up.

Meanwhile, Soul Chronicle’s story is told through a number of gorgeous scenes and character portraits that look like hand painted pictures. These two story modes intersect at multiple points to tell a larger story.

SoulCalibur games are renowned for their intense difficulty, but SoulCalibur VI takes a different approach. The story modes do a great job of starting slow and introducing you to mechanics, before ramping up difficulty later on.

Libra of Souls does a fantastic job of implementing certain restrictions or rules for battles that make you focus on different things, or learn different tactics. It’s also a good way to learn character’s movesets as you can equip any weapon type. Side missions get incredibly hard later on, giving veteran players an a nice challenge to work through.

Of course, like any fighting game, the crux of SoulCalibur comes down to its gameplay. The core mechanics of fighting remain the same, with eight-way-run and specialized weapons for each character. However, much like SoulCalibur V, VI puts much more of an emphasis on speed and aggression.

You need to bring the fight to the enemy, and battles play out at a blazingly fast pace. The big new addition for VI’s combat is the Reversal Edge. Mapped to R1 initially, on a controller, this defensive move puts your character in a parrying stance that will then launch a horizontal blow straight ahead.

Landing a Reversal Edge on an enemy will put you in a showdown, where each player needs to hit a button to launch an attack. Square, Triangle, and Circle, have a rock-paper-scissors effect at this point, and if you each hit the same button it’ll be a draw and then you’ll both get one more chance to select an attack.

You can also use the D-pad to dodge in different directions during a Reversal, instead of attacking. It sounds complicated in words, but in practice, Reversal Edges are easy enough to understand.

Reversal Edges are slow and easy to dodge if you don’t use them at the right time, but they can be a powerful defensive tool to use if you find yourself pushed back. The animations add some great dramatic flair to battle, and overall it’s a fun system that adds even more tension to battle, while giving you another tool in your arsenal.

The characters of SoulCalibur continue to be diverse and memorable in VI, with most of the fan favorites represented. Considering this is a reboot of the series’ timeline, classic characters like Mitsurugi and Siegfried are young again.

Groh and Azwel are two new characters introduced with SoulCalibur VI, and they’re nice additions to the cast, with highly unique weapons and movesets. Groh’s dual-bladed sword, in particular, became my absolute favorite weapon in the game, and he’s currently my go-to character for multiplayer matches.

Of course, who can forget that Geralt from The Witcher is the guest character this time around, and boy what a guest character he is. Geralt is easily the best guest in the series so far, and he’s an absolute blast to play. His moveset directly adapts Witcher signs into how the character works, sapping your soul gauge to use them. He’s an incredibly quick fighter with some powerful moves and counters, and the way he’s worked into the story acts as a fun kind of “side story” for Witcher fans.

So far, I’ve had a blast playing multiplayer matches with a few friends, and I hope that carries over to online play. SoulCalibur VI’s combat is tight and fast-paced, and simple button presses and combos let newcomers learn things more easily.

I’m amazed by the sheer breadth of single-player content in SoulCalibur VI, most of which is surprisingly engaging. I went in expecting a fun multiplayer fighter, but so far I’ve gotten a fantastic single-player experience, with a story that I really care about seeing through.

Tutorials and difficulty that ramps up makes this a prime entry for newcomers, and the small additions to combat still make it appetizing for veterans of the series. There are facets of the game I haven’t even touched on too, like Arcade Mode and the Museum that lets you view story info, characters, music and more.

This is a return to form for SoulCalibur, and one of the best entries the series has seen in years.

We’ll make sure to update you with our full review, and score, soon.