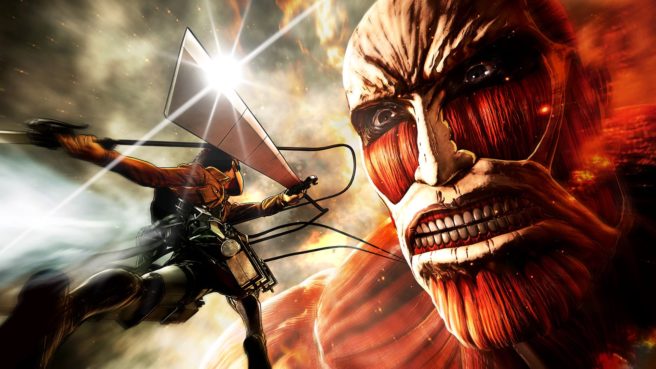 Hollywood just loves to take video games, anime, and everything else that we love and give it a live-action makeover, because, why not? We have the Assassin’s Creed movie, the Resident Evil film franchise, Uncharted is eventually coming, and Netflix’s Death Note wasn’t that bad, but now, the popular anime series, Attack on Titan is getting another live-action feature film, yes, another one.

According to an exclusive story by Variety (thanks IGN), the director of 2017’s IT, Andy Muschietti, has found his next project and will be directing Attack on Titan for Warner Bros. Apparently, this past Monday, the studio closed a deal with Japan-based publishing company Kodansha.

The original Attack on Titan anime first premiered back in 2013, four years after the manga initially released. The series takes place in an alternate world where these colossal monsters, appropriately called Titans, wander the earth only finding pleasure in the death of humans, typically by swallowing them whole.

After his mother gets killed by a Titan, Eren Yeager seeks to eradicate the Titan menace by joining the Survey Corps, an organization that protects the city’s civilians and undertakes the difficult task of killing every Titan out there.

The other live-action adaptation of Attack on Titan was released in two parts, both coming out in 2015. The film grossed a total of $46 million and received average to mediocre reviews; the film sits at a rating of 58% on Rotten Tomatoes.

What do you guys think about a Warner Bros.-produced iteration of Attack on Titan? With Muschietti behind the wheel this time, do you think the film has a chance of being critically and commercially successful? Let us know what you think in the comments below!