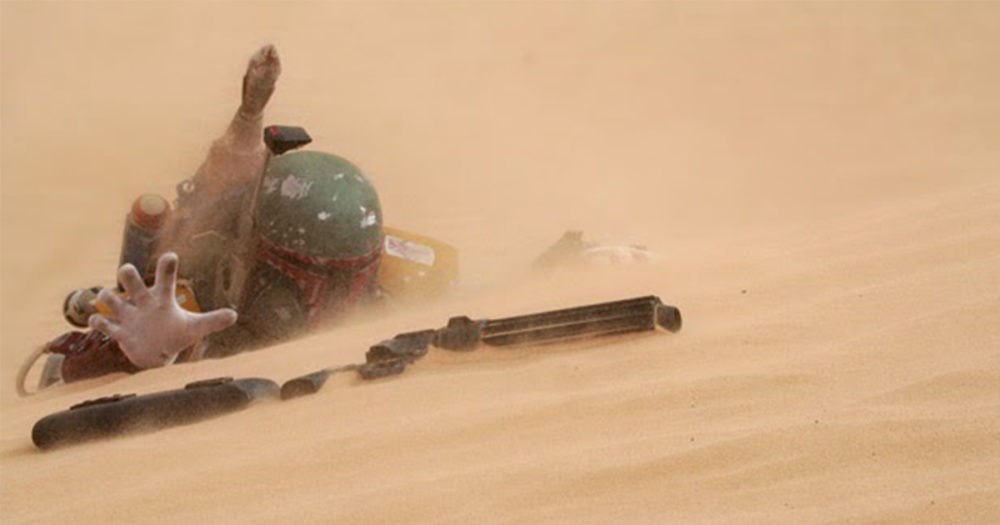 When it comes to the big screen, the beloved bounty hunter Boba Fett can’t catch a break. Not only does his screen time in the main Star Wars films fall below the 10-minute mark, but it looks like he won’t be getting his turn in the spotlight in the long-rumored standalone Boba Fett film either.

Critics Choice Association journalist Erick Weber had the opportunity to interview Lucasfilm President Kathleen Kennedy and asked the all-important question about the status of a standalone Boba Fett film. Weber said via Twitter that she confirmed the movie as “100% dead.”

Kathleen Kennedy just confirmed to me Boba Fett movie is 100% dead, 100% focusing on THE MANDALORIAN #StarWars

The tweet also states that Lucasfilm is “100% focusing on The Mandalorian,” which is a Star Wars television series set to air on Disney Play, the new streaming service launching in 2019.

The Mandalorian is a Star Wars series that takes place after the fall of the Empire but before the rise of the First Order. Essentially, it’s a television series set between Star Wars Episode VI and Episode VII.

Supposedly, a standalone Obi-Wan film could be coming, and filming for it will begin in early 2019. However, Disney has said that it plans to stop pumping out Star Wars films after Episode IX releases in 2019, so it seems that the future of the series is a bit up in the air.