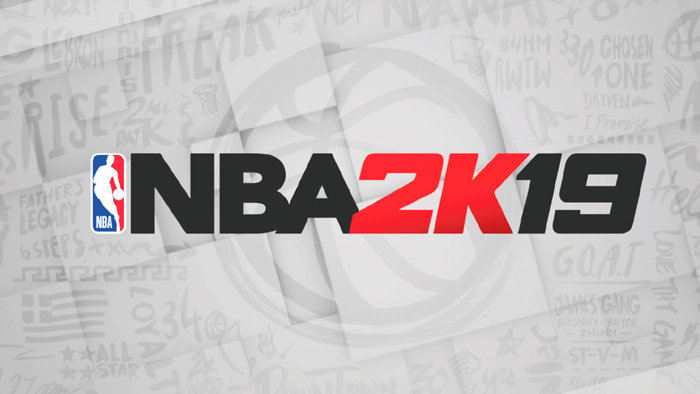 NBA 2K18 built a decent foundation and made some bold changes with its introduction of The Neighborhood social hub and story-driven MyGM. However, it was met with mixed reception, with many critics and gamers loving the on-court improvements while despising the money-grabbing microtransaction fest that affected gameplay progression. I myself liked NBA 2K18 at first, but I ended my basketball season after a month or two due to the game’s unsatisfying and unrewarding microtransaction-driven progression system. Sadly, NBA 2K19 is still laden with Virtual Credits (VC) and only introduces minor tweaks to its progression system. However, the latest entry in the annual basketball series boasts a massive refinement in every major game mode and brings some notable on-court improvements that make it more rewarding and enjoyable overall.

Upon playing each game mode in NBA 2K19, you can tell that developer Visual Concepts listened to fan feedback, making it feel like a labor of love at times. Some tweaks and additional features even feel apologetic. This is greatly evident in its MyCareer Prelude arc, dubbed The Way Back. Lengthy cutscenes with nonsense chatter permeated the entire experience from NBA 2K16 to NBA 2K18, where going to a match or entering the gym will oftentimes interrupt players with lengthy dialogue. NBA 2K19 rectifies this by isolating the story to its three to four hour-long story.

The Way Back is a B-movie sports film at its finest, featuring your custom player named A.I. who’s finding a way to play in the NBA. While it might not win any Oscar awards, its cliched story coupled with a well-thought out narrative is decent enough for a video game sports title. It’s also pleasant to see that Visual Concepts finally allows for cutscene skipping, and you can even skip the entire Prelude story. However, The Way Back is definitely worth trudging through the corny dialogue and story at least once to see it to its conclusion. The Way Back also does a good job of motivating players to perform well in matches, setting some rivalries and placing some stakes on the line. While in-game performance does not have an impact on the story outcome in any way, it definitely gives a good illusion that you’re tailoring your character’s journey. A few notable actors even shared their talent to make The Way Back more memorable, including Anthony Mackie (Avengers), Aldis Hodge (Straight Outta Compton), Rob Huebel (Transparent), Blake Jenner (Glee), Mo McRae (Sons of Anarchy) and Ginger Gonzaga (Mixology). When you’re done with The Way Back, you can choose any team of your liking and negotiate a contract, with the terms for each team varying from one another based on their interest in your character.

At its core, VC is still the central currency for majority of NBA 2K19’s game modes. Obtainable in-game or purchasable with real-life money, VC is needed for purchasing clothes and upgrading your MyCareer character’s abilities. This VC-based progression system is annoying at best, but at least credits can be earned faster this time around. Based on your negotiated contract, you can earn a fixed sum of VC per match alongside credits multipliers for teammate grade and difficulty setting. Reaching a certain number of fans will also pave the way for instantaneous VC earnings through endorsements. Diversions in The Neighborhood and other game modes also provide a decent amount of VCs. There’s even a Daily Rewards system where you can earn a set amount of VC for accomplishing the challenge and a Daily Spin wheel of fortune where you can test your luck on daily rewards. Additionally, each attraction in The Neighborhood is much more accessible due to its streamlined design. In NBA 2K19’s The Neighborhood, you no longer have to jog a few minutes or enter a loading screen to reach your desired location.

Aside from playing MyPark matches, other diversions in The Neighborhood include the Cages for some trampoline ball matches and timed activities such as trivia and a dodgeball contest. Despite the numerous ways you can earn VC, the progression system in NBA 2K19’s MyCareer still feels sluggish. It might be a improvement from NBA 2K18’s, but that’s not saying much as its implementation of microtransactions is one of the worst in the industry. Shoes and clothing still costs more than your pay grade, and you’ll have to grind countless hours on end to reach the max 99 overall rating for a single character.

While upping your attributes with VC can take a while, badges are a game-changer and make your character perform well on the court. For those unaware, badges function like perks, providing you with scenario-specific boosts to your performance. There’s also badge-specific perks, making it accessible for anyone to unlock and level their badges with ease. Coupled with the tight ball gameplay and on-court logic of NBA 2K19, playing matches with your underpowered MyCareer character feels more enjoyable than it should.

NBA 2K continues to dominate the basketball scene for good reason. It continues to up the ante in each succeeding entry, and NBA 2K19 does not disappoint. Enemy AI is much more intelligent this time around and might annoy series newcomers as the game poses a challenge even on the easy difficulty settings. One-on-one blow-by drives are nearly impossible to pull off this time around, forcing you to make intelligent passing, pick and roll maneuvers, or smart dribble moves if you wish to get inside the paint. Similarly, enemies will also aggressively perform dribble moves and pick and roll and rolls to break down your defense.

More importantly, Visual Concepts has improved the on-court logic. Steals and blocks now happen more organically, and spacing on the court is much improved overall. Additionally, there’s a big change for the logic behind contested shots vs. wide open shots; defenders trying to contest the shot far off from the side or to the back will make little to no impact on the shooter’s shot success. It’s a welcome change that incentivizes a good mid-range game and tight defense from anywhere on the court. You can also score some easy twos, both in online and offline game modes, even with an underpowered character as long as you can get your timing right on your shot meter.

Despite its gameplay improvements, it’s not all rainbows and sunshine. Players feel floaty to control, with some animations taking some time to complete before you regain control. On the bright side, I haven’t seen any player clipping through one another anymore, which is great from a visual standpoint. While the animations are pleasant to look at, it oftentimes leaves you vulnerable and will force you to plan your actions in advance. The floaty character control feels more pronounced in the online game mode, contributing to online matches feeling unplayable at times.

The netcode and servers in NBA 2K games have been problematic in each entry. This extends to NBA 2K19 as well. Some online matches I participated in felt nearly unplayable due to the severe input lag, making you miss wide open twos or threes that you’d normally nail each time in offline games. If you’re an NBA 2K vet, you’ve probably accustomed yourself to shoot with the input lag in mind or input your character movement in advance. It’s shoddy that online netcode and servers remains an issue up to today. Servers also take a hit from time to time, which is annoying considering that you can’t earn VC when you’re offline. Basically, if you get disconnected from the servers while playing or nearly finishing a MyCareer match, the VC rewards will not get credited in your account.

For those wondering about the game’s card-collecting mode, MyTeam is a treat this year as it has benefited from Visual Concepts’ refinements. Card packs have been tiered to give players a chance to pull better cards. You’re still essentially gambling for a good card from packs, but at least you have the option to pay a few more MyTeam points or VC for a guaranteed good pull. Two new MyTeam game modes also give you a chance to earn more MyTeam Points or card packs. Another neat addition to MyTeam are Tokens, which can be earned by completing objectives or from prizes in the newly implemented drop ball game machine. With Tokens, you can purchase your desired players from a given card tier. While earning decent cards is easier this time around, it’s still an unforgiving game mode for newcomers who have no idea how to intelligently manage their player contracts.

Similar to previous entries, NBA 2K is not just about playing on the court. Visual Concepts continues to stun with its expansive franchise game modes, featuring tons of features, tuning sliders, historical draft classes, customizability options, improved tools for draft picks, and much more. NBA 2K19 also continues the story of NBA 2K18’s narrative-driven MyGM game mode dubbed The Next Chapter. NBA 2K19’s MyGM: The Saga Continues is a loose continuation of The Next Chapter, and considering that there’s no option to transfer save progression, the game simply lets you select what decisions you made in The Next Chapter. While its sequel status might deter newcomers, it’s actually a great game mode to get someone interested in the franchise game modes. The Saga Continues will have you start a new expansion team alongside an eccentric owner named Tex Towers. The story is still solely told through text alongside some goofy non-ending talking animations, but the wacky dialogue, character relationships, and narrative is quite fun and worth experiencing.

If you’ve passed on some NBA games, now is the best time to return to the court. It features a ton of refinements across the board and took into consideration some much-requested features from fans. If not for the blatant microtransactions and VC-driven progression system, NBA 2K19 would be the best basketball game on and off the court to date.