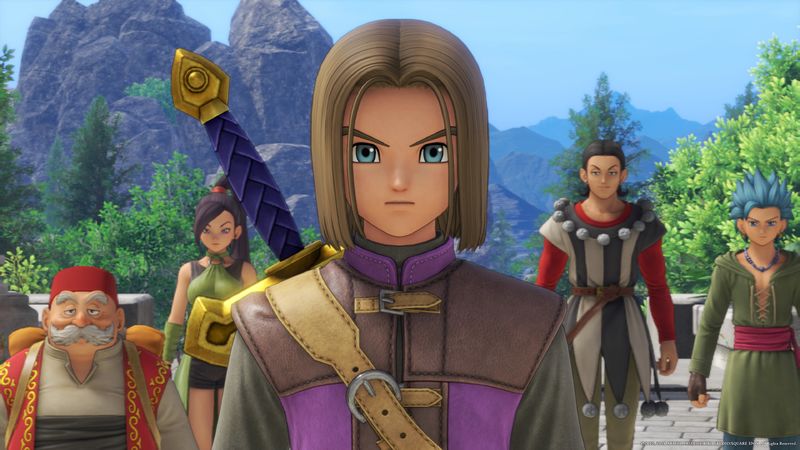 Dragon Quest XI is a damn good video game. Along with dozens of other outlets, Twinfinite scored the game among our highest rated titles of the year, celebrating its gorgeous visuals, innovative turn-based battle system, and generally reveling in its charming world. But if there’s one aspect to the experience that has driven me absolutely insane over the course of my first twenty hours with the game, it’s that damn MIDI-soundtrack. Thanks to a new PC mod, though, my ears –and my sanity– might finally get some respite.

The new mod by [LSSAH]Canzah and his team adds a stunning orchestral version of Dragon Quest XI’s score to the game, and it’s a complete revelation.

I get it, by the way: the midi-sound track has been a part of the Dragon Quest series for years. For some, it’s all part of the charm, particularly, I would imagine, Japanese audiences who have grown to appreciate what has been a hallmark of the franchise for years. But I’m a series newcomer, and as a fan of western RPGs that always come with high-production orchestral scores, I can say with absolute certainty the music my least favorite part of Dragon Quest XI. It’s just too repetitive and it spoils what is otherwise a beautiful fantasy setting that’s plush with sublimely detailed urban and rural environments. The whole game is an endearing bedtime story that I consume in short doses before turning in for the evening… and then that music is stuck in my head and I can’t go to sleep. It’s a real buzz kill.

It’s such a shame, too, because composer Koichi Sugiyama is an incredibly talented musician and one of the founding fathers of classical music composition within video games. He’s even said to have been the inspiration for Final Fantasy’s Nobuo Uematsu. I want to hear the melodies of his most catchy and charming tunes within the context of something more sophisticated than the tinny shrill of a midi keyboard, regardless of whether it’s typical of the series or not. And now I have my wish.

From what I understand, the history of Dragon Quest’s music has gone to and fro between midi and orchestral composition over the course of several titles and between Japanese and Western versions. Dragon Quest VIII had fantastic orchestral music in NA but not in Japan, whereas the 3DS remakes of VII and VIII had orchestral soundtracks in Japan but the west was stuck with MIDI.

The issue, as it turns out, might be less about Square Enix as developers and more about Sugiyama as a composer. In brief, as a senior member of the Japanese copyright collective known as JASRAC, Sugiyama exerts his influence to restrict how his music is implemented in Dragon Quest games. There’s even reason to believe he had input into the decision to restrict streaming of Dragon Quest XI. Whether it’s because of royalties or other issues, it isn’t clear. There are frequent Dragon Quest concerts, and plenty of CDs have been sold with the orchestral music, so there’s clearly an audience for it and a desire by the composer to play it… just not have it featured in the games they bring to life. It’s a frustrating situation for fans.

Regardless of the exact reasons for those particular decisions, thanks to a passionate team of dedicated modders, PC owners of the game can finally listen to some beautiful composition in the orchestral grandeur it deserves. You can check out an example for yourself here, which highlights just how appropriate the music sounds against the backdrops of the game’s stunning art-style and setting. It probably isn’t everybody’s cup of tea, and there will likely be swathes of fans lamenting it as sacrilege, but I for one am glad there’s finally an option to enjoy the game with what to me feels like a more appropriate soundtrack.