Marvel’s Iron Fist was part of the first wave of the Defenders line of Netflix shows to be announced. It was also the biggest wildcard of the bunch. There was a certain balancing act to be expected when bringing Iron Fist to live action, but it was clear from the offset that the show had no clear idea of what Danny Rand/Iron Fist was supposed to represent.

What should have introduced newcomers to the mythos of Iron Fist was a season surrounded by corporate melodrama. Perhaps the worst offense of all, for a character centered around martial arts, the choreography of the actions scenes was decidedly poor. Hints of a better future were sprinkled throughout the season, Danny’s one-time brother of K’un-Lun, Davos, was one of the few antagonists to pose any sort of real threat to Danny. While the inheritors of the Rand fortune, The Meachums, were necessary for conflict in Danny’s personal life, the longevity of their narrative took too much life out of the season as a whole.

Appearing on the Freeform Channel, Marvel’s Cloak and Dagger follows two teens, Tandy and Tyrone, whose lives are linked by an incident during their childhood that gave them abilities over light and dark. Tandy has the ability to form light-based daggers and when she makes contact with an individual, she can view their hopes through a dream-like sequence. On the opposite side of the spectrum is Tyrone, who when shrouded by his cloak or point of darkness, can manipulate it to teleport and absorb enemies.  Tyrone can make contact with an individual to view their fears, in sequences that play out like the darkest of nightmares.

There are important themes that Cloak and Dagger tries to address, a big one being the topic of racial discrimination and violence in New Orleans. A problem arises while the series progresses, and you begin to realize that Tandy and Tyrone are not particularly likable characters. There is an effort to make them likable, but they both never seem to be more than their problem of the season. When the ending is interesting, it feel as if the writers had to scrounge up a supernatural event to put these two super-powered beings to use. The ending never feels earned, or that the narrative progressed in a natural way to conclude in such a fashion.

Marvel’s Runaways could quickly be compared to Marvel’s Cloak and Dagger due to the similar target audience. However, the jump in quality from Cloak and Dagger to The Runaway’s is huge. From the acting to the pacing of the narrative, Marvel’s The Runaways is a completely engaging show with a cast of characters that you will be hard pressed to not relate to in some way.

The show follows six teens who discover that their parents are a part of a cult of super-villains called Pride. As the season progresses, Alex, Nico, Gert, Chase, Karolina, and Molly begin to unravel the mystery of this secret society, all the while discovering abilities and talents of their own that rival their parents.Runaways gives you ample time to not only bond with each of the six teens, but you get significant time with each set of parents. The internal strife within Pride is what propels a lot of the narrative forward. By the season’s end The Runaways has you on the edge of your seat, waiting for the new season to hit this fall. 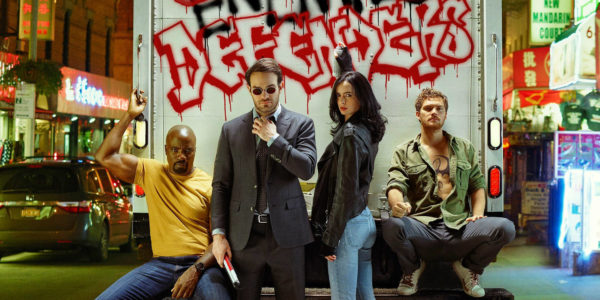 Set up to be Netflix’s The Avengers, The Defenders is the culmination of Daredevil, Jessica Jones, Luke Cage, and Iron Fist coming together as a team. Needless to say, the hype surrounding The Defenders was sky high, even when Iron Fist failed to hit the mark. For the most part, The Defenders achieves what it set out to do, taking these four different street level heroes and combine them to take on a threat bigger than they could even hope to handle alone.

The strength of The Defenders is of course seeing characters that we have grown attached to finally interact with one another, and seeing the conversations that ensue is always a treat. It would be hard to argue that the Chinese restaurant scene is not a series highlight, with Matt and Luke ragging on Danny for his “glowing fist” or seeing Jessica be so uncomfortably out of her element with three other weirdos.While the show may not have done as well as Netflix may have liked, The Defenders successfully defends its reason for existence, and it’s hard to deny that it’s a fun watch.

When Punisher was introduced in Season 2 of Daredevil, played by the perfectly cast Jon Bernthal, his story was set to easily transition into his own Netflix series. Lo and behold, a year and a half later, Marvel’s Punisher lands on the streaming service with a far more grounded and darker tale than Marvel had ever produced before. The series plays heavily on Frank’s origins, with the majority of Season 1 following Frank and his partner David Leiberman AKA Micro as they uncover the government conspiracy surrounding the murder of the Castle family.

Punisher tackles the most hard hitting topics of any Marvel show before, mainly PTSD. The effects of war and violence take a real toll on this cast of characters, and is handled with as much respect as possible. Punisher, of course, has plenty of action to boot, and while its pacing can hinder from time to time, scenes always pick up when they need to and they never leave you disappointed.

Peggy Carter is possibly one of the richest characters in the Marvel Cinematic Universe. Her influence throughout the MCU is immeasurable, from the early days of SSR to the creation of S.H.I.E.L.D., Peggy Carter has quite literally defined the bedrock of the universe. So naturally, after Captain America: The First Avenger, Agent Carter was due for her own solo adventure. While it was unfortunately short-lived, Marvel’s Agent Carter was an incredibly entertaining miniseries that did more for the MCU in 18 episodes than most other shows in Marvel’s lineup. As it was originally just a mid-season placeholder for Agents of S.H.I.E.L.D., it’s a wonderful thing that Agent Carter even happened at all. Perhaps someday, Marvel Television will revive the cult hit, as it has every right to continue on.

While it may be number 4 on this list, there is not a show here that has more style and substance that Marvel’s Luke Cage. Though it takes some time to get going, Marvel’s Luke Cage is certainly one of the more standout productions in the Netflix line of Marvel shows. From the music to the cinematography, Luke Cage has a style all its own.

Most importantly, Luke is an instantly likable character who is always trying to find his footing with being a hero, and it’s his every man approach to the character that attaches you to his portrayal. The Netflix series also does a great job of transforming Luke Cage’s more outlandish villains to the more grounded sensibilities of the Defenders side of the MCU. While we are still waiting for an actual Heroes for Hire series, Luke Cage continues to be a series that gets the character and his universe right.

Being the second show in The Defenders line, Marvel’s Jessica Jones was a second hit in a row for Netflix following the successful debut of Marvel’s Daredevil.While not always the most likable of characters, Jessica Jones, played by Krysten Ritter, constantly steals the scene she’s in and never ceases to be entertaining. Coupled with probably the Netflix MCU’s second best villain Killgrave, played by the legendary David Tennant, Jessica Jones is a series that always delivers electric performances. Its noire style is unlike anything else in the Marvel Netflix line. While it can be a bit annoying that we perhaps get one too many cutaways when Jessica uses her abilities, which mainly consist of super strength, it helps downplay the supernatural elements for the grounded noire themes of the show.

Perhaps the biggest comeback story of Marvel Television belongs to Marvel’s Agents of S.H.I.E.L.D. To say that Agents got off on the wrong foot is a bit of an understatement. The show relied too heavily on its relation to Marvel’s The Avengers, with every episode attempting to name drop every Avenger in the lineup, just so you would know the show lived in the same universe. Some episodes in the early days would take place after certain movies coming out at the time, like Iron Man 3 or Thor: The Dark World. These episodes would mainly amount to side events that have little to do with the main plot, which was part of the problem, as there never seemed to be much of a plot to begin with.

However, it wasn’t until Captain America: The Winter Soldier hit during the end of Season 1 that things began to turn around for the show. All of a sudden there was a stronger narrative driving the show forward, and the show finally felt like it was a part of the larger MCU. Ever since then, Agents of S.H.I.E.L.D has been the little show that could. With Season 6 on the horizon, Agents has tackled virtually every corner of the MCU, which have included the likes of  The Inhumans and Ghost Rider. 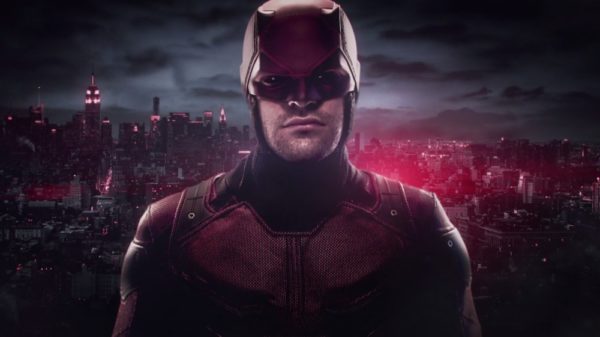 Kicking off the The Defenders line on all the right notes, Marvel’s Daredevil is a series that never lets up from beginning to end. Charlie Cox as Matt Murdock is near perfect casting, and the spirit he brings to Matt and his alter ego is in every scene he’s in. It’s hard to imagine anyone else being that character onscreen. It wouldn’t be a great superhero tale without a great villain to boot, and Vincent D’Onofrio’s Wilson Fisk is utterly mesmerizing. There is never a moment in Vincent’s performance of the Kingpin that you do not believe that this giant man is keeping ferociousness at bay with nothing more than scotch tape. And when Matt and Wilson finally meet on screen, for the brief times it happens in the first season, it always ends up being iconic.

While the reactions to Season 2 were not as hot as the first, Marvel’s Daredevil continues to be the most exciting of Netflix’s Marvel shows. The choreography is nothing short of exceptional in each season, with the hallway scene in Season 1 and the stairwell in Season 2 being standouts. Daredevil also never shies away from Matt’s struggle with Catholicism, as his nights out as old horn head shake his faith to the core, it’s an intriguing balancing act that is completely faithful to the comic. Season 3 of Daredevil is expected to drop sometime later this year, and it’s about damn time.

***Marvel’s The Inhumans is not a part of this list due to its cancellation and not being available on any major streaming service at this time.