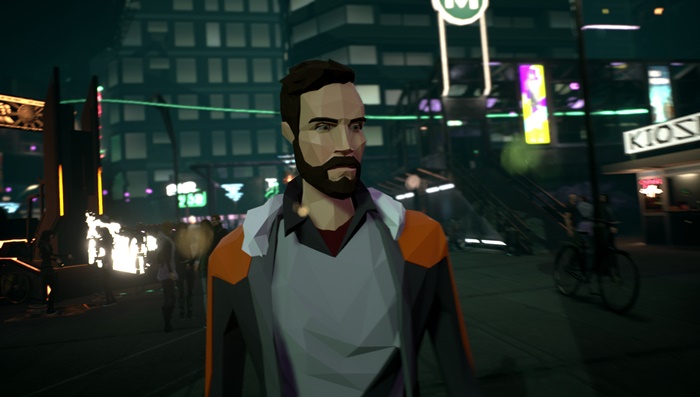 State of Mind on PC

The future, whether it be near or distant, remains ripe territory for games to explore themes and philosophical questions for those of us who live out our days ahead of such societal changes. Many of these narratives choose to explore these ideas through the lens of technological advancement, so much so that telling a unique story in a captivating way becomes ever more rare. The more tales that depict a society consumed, if not somewhat defined, by its futuristic tools, the easier it is to overlook new ones, dismissing them as retellings of classics that overly rely on genre tropes to spin their yarn.

It is hard to tell a wholly new story in general, much less one that falls within the sci-fi spectrum, but Daedalic Entertainment’s State of Mind meets that challenge head-on in a fashion that stands as a successful amalgam of science fiction’s greatest hits without ever truly flirting with perfection.

Setting its story against the backdrop of Berlin circa 2048, State of Mind places players in the shoes of Pulitzer-winning journalist Richard Nolan, a gruff cynic with a strong abhorrence towards the technological advancements permeating everyday life. Nolan’s main goal of piecing his memories back together while tracking down his missing wife, Tracy, and child, John, following a supposed car accident quickly spirals into a tale of transhumanist conspiracy and cyberpunk terrorism as it is discovered that renowned scientist Dr. Raymond Kurtz has been uploading people’s consciousnesses, including an incomplete upload of Nolan, into the virtual city known simply as City5. From there, Nolan must cooperate with his City5 double, Adam Newman, in order to uncover the mystery and find his missing wife and child.

Needless to say, there is a lot of plot to unpack as the game progresses, with players taking control of numerous other characters outside of Nolan and Newman as the narrative navigates multiple twists and turns. The story is undoubtedly the star of the game as it carefully combines many aspects of sci-fi favorites into a dense, substantial stew. Many of the story elements feel familiar and just satisfying enough to keep players intrigued about what comes next despite not being wholly unique. What is unique is that the mix works so well. While there are characters and plot threads that would’ve been much more impactful had they been expanded upon, Nolan’s core mission remains enough of a kernel to make it through to the end.

Where the game begins to slip up is in its characterization and world building. The dichotomy between Berlin and City5 is represented rather simplistically when compared to State of Mind’s layered plot. It is always dark and rainy as you navigate the police bot-lined streets of Berlin while City5 exists in a constant sunny state where every inhabitant greets the day with a smile. Real world occupational struggles are replaced by celebratory promotions. Drug dealers are replaced by bartender bots. The only similar trait the two cities seem to share is their severe lack of people of color. Berlin and City5 exist on opposite ends of a spectrum that make neither truly memorable, leaving both as husks whose only use is providing a track to the next objective.

Both worlds only become more fleshed out when interacting with the game’s characters. Outside of a few that succumb to the pitfalls of stereotypes and cannon fodder, State of Mind’s cast includes a wide array of engaging characters, complete with their own motivations, emotions and moral struggles. Some of the most impactful moments of the game come when players are given control of someone other than Nolan or Newman. These little glimpses into the perception of these supporting characters actually linger longer within the mind than some of the main characters’ experiences, with those of Lydia and Nolan’s robot helper Simon standing out in stellar fashion.

The largest crime is that Nolan persists as the driving force of the game. His cynical views on technological development come across more as blind caustic prejudice fueled by a fear of the unknown than mistrust. His motivation to find his missing wife and child holds little meaning beyond them being his as he admittedly has little connection to his son and his marriage has been on the rocks for quite some time. Nolan is meant to be the quintessential reluctant antihero, but he comes across as a sentient ball of anger whose first instinct is to lash out at anyone and everyone he comes across. In fact, the only times he is apologetic for his actions is either when a character aids him or when the player chooses to be for him. This lack of an internal arc eliminates any feeling that some late-game plot elements are earned and makes the game’s ending land with less of an impact than it already does.

State of Mind stands as the most ambitious brainchild of award-winning German game writer/designer Martin Ganteföhr and it executes its purpose as a satisfactory narrative-driven experience despite it uninspired setting and disappointing main character. The puzzles are benign enough as to not impact the pacing, and the questions raised aren’t enough to ignite a wholly new philosophical discussion on transhumanism, but the plot hits more than it misses and remains entertaining enough throughout. The true shame is that it could have been so much more.