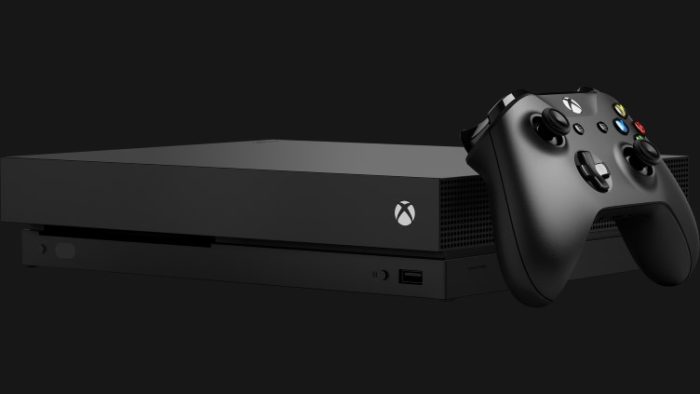 Microsoft made a big splash at this year’s E3. A substantial showing of upcoming games, as well as the acquisition of new studios to bolster its first-party output, set a tone of intent that sent all the right messages. Yet it was arguably Spencer’s summary statements at the close of proceedings that were the biggest takeaway. Microsoft, it was announced, was working on both a new generation of console and a cloud-based streaming service -the very first official word from a major publisher pertaining to the future of console hardware. Three months later, rumors allegedly leaked from sources close to Microsoft have potentially given us our first snippets of information about the future hardware.

According to Thurrott reporter Bradd Sams, Xbox Scarlett comprises two separate consoles: a traditional piece of hardware, as well as a streaming box called Scarlett Cloud. The device targets a much sharper price point thanks to limited onboard computing power, specifically for streaming. To sidestep latency issues that blight other services such as Sony’s PSN, Microsoft reportedly believes equipping Scarlett Cloud with enough power to handle controller input, image processing, and collision detection will solve the issue.

That sounds great on paper, but I’m not so sure in practice that global internet infrastructure exists to support even the described augmented cloud service, and I’m also fairly certain that even the slightest discrepancy in performance is likely to turn off all but the most casual gamers.

First, let me highlight that I fully appreciate the benefits of a functional game streaming service, and I’d be foolhardy not to see trends in other entertainment mediums suggesting that the technology will surely one day replace traditional gaming hardware. Yet, there’s no doubt that first and foremost it is in the interest of the publishers to accelerate the transition. Flatter revenue curves thanks to subscription models, lower manufacturing costs, and removing retail stores from the equation makes for much more attractive margins. Also, reducing the barrier to entry with cheaper hardware and games is one sure way to grow a console’s active user base.

Of course, this all impacts the consumer positively, too:  Scarlett Cloud will be marketed as offering the same gaming experience at less of a cost than the full-fat version of the console, assuming you have the internet speeds to run it adequately.

Internet infrastructure is perhaps the most obvious obstacle cited by game streaming naysayers, and with good reason. Forecasting the future of gaming consoles, Piper Jaffray Analyst, Mike Olson, told CNBC back in June “eventually, the gamer will just need a really fast internet connection and some sort of internet collection device on the other end, and the gaming (traditional) console will no longer be necessary.” The trouble is that most of America doesn’t have a really fast internet connection speed, and nor do many major video game markets. ISPs in both the US and the UK recommend a minimum of 25Mbps for streaming 4K media —both countries average internet speeds do not even breach the global average top 10, sitting at 18.7Mbps and 16.9Mbps respectively. Only 21% of Americans have internet speeds equal to or greater than the 25Mbps required for 4K video streaming. Even if Microsoft’s tech-wizardry mitigates latency issues, it should be noted that streaming video games is more demanding than video media, and still likely to require meaty connection speeds.

The question, then, is whether even when running on a capable internet connection and boasting improved tech, can a streaming service actually offer the same fidelity of gaming experience as dedicated hardware? Perhaps in patches, but it seems unlikely to be able to match it on a consistent basis. Consider that where input issues and slight dips in the resolution aren’t quite so upsetting when streaming video, they can be utterly ruinous in gaming, where precision and accuracy are everything. That could literally mean the difference between winning or losing a multiplayer match.

The issue doesn’t just impact competitive games, either. Graphics —resolution and framerate, the buzzwords right now— dominate the video game industry across all genres and game modes. Between the number of graphics comparison articles, news bulletins about remasters, and the clear priority for developers to run the sharpest resolution as possible, it’s clear: aesthetics sell. For many people, graphics remain a hugely important factor, and it has a huge impact in shaping purchasing decisions.

So will Scarlett Cloud certainly deliver the same resolution, frame rate, and controller precision as hardware running its own computing power? Unless you’re enjoying optimal conditions at all times, I can’t see there being absolute parity. And even fast connection speeds don’t account for instability that might cause the system to run below its maximum. Within a gaming community known for fussing over the slightest of details, I see a substantial number of players opting for a console with conventional architecture which they know will perform within its specification 100% of the time.

Anecdotally, by the way, at no point are graphics likely to be more of a hot potato subject than during the launch window of the next console generation. The next generation platform that provides the best graphical experience will surely be determining factor influencing purchasing decisions.

What Scarlett might very well end up as, then, is a console that targets a fairly limited audience. It will likely offer a more competitive price point and more convenience to the wealthy or fortunately located people with fast internet connection speeds. I don’t see that as a formula that equates to the industry-shifting catalyst that I’m sure we’re going to be told that it is.

At most, these Scarlett Cloud rumors signal to me that Microsoft is dipping its toes into streaming, gathering data and positioning itself to capitalize on a future where the technology is more viable. But as for this being technology to reshape the industry in 2020, I’m not so sure: the internet infrastructure to facilitate supreme and consistent performance just isn’t there on a global scale yet, and anything less than that will surely be at odds with gamer expectations.