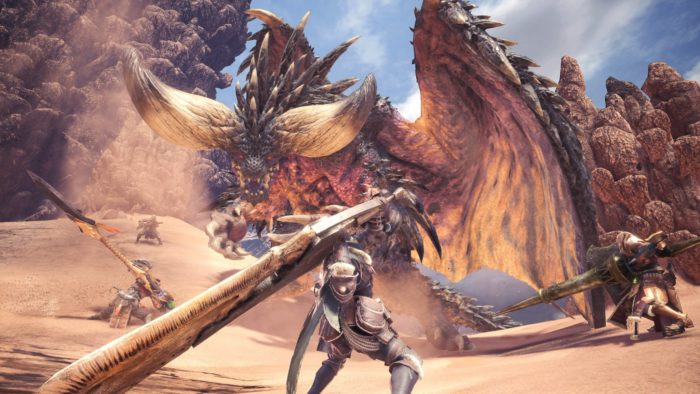 The Monster Hunter franchise was known for its prominent presence on Nintendo handhelds only until recently when Capcom decided to shift gears and launch a fully-fledged console game called Monster Hunter: World. We reviewed it back in January and loved it, as it offered a large step up from its predecessors in the series. Not only was it the most accessible entry in the franchise, but it was also nothing short of gorgeous with its stunning graphical upgrade. And while it took them seven months to do it, Capcom has finally brought over this behemoth of a game to the PC.

There’s plenty of buzz around the PC port of Monster Hunter: World, and rightfully so, but fans who are eager to start hunting can’t dive in without first checking their equipment. During my time with the game, I was running World on my Asus ROG GL552VW laptop, complete with an i7-6700HQ 2.60GHz processor and NVIDIA GeForce GTX 960M. Right when I logged in the game, I couldn’t help but notice that the game was running everything at the lowest settings, which was probably the best for my laptop’s performance. With everything set at such a low output, from graphics down to the lack of water reflections and foliage swaying, I managed to run hunts at around 50fps or so, occasionally dipping down the high 40s.

Things were running smooth, for the most part, especially considering the fact that I’m running the game at 1920×1080. That said, I wanted to crank up my graphics settings a notch and see just how far I could go. After tinkering around in the settings, I raised my graphics to medium and sprinkled in some of the effects, such as enabling foliage sway and raising shadow effects to high. With this loadout, my first hunt ended up dropping around the high 20s – just barely struggling to meet 30fps. On top of that, the game took a nosedive when I was hunting monsters in an area filled with flora, dragging my framerate down to the low 20s. The game was still very playable at this point, but it was interesting to see how far I could push the game with the specs I had. 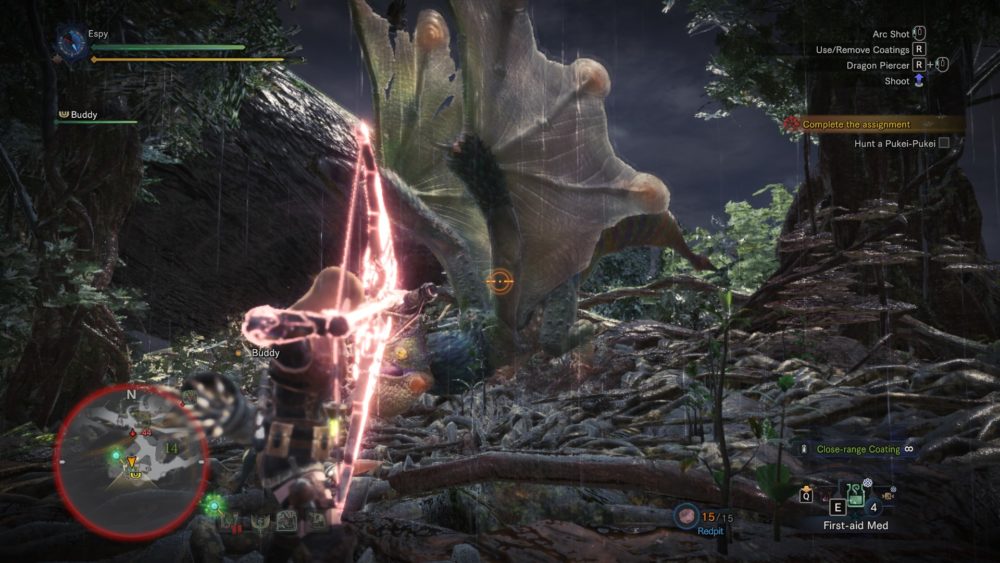 One specific option, the Volume Rendering Quality, places a major strain on the system, dropping the framerate down to 18 when flipped up to the highest setting. When turned off, on the other hand, I noticed that I could run Monster Hunter: World at around 30fps even at high with that setting switched off. The only feasible option was to keep it off, especially since there wasn’t much of an actual impact when it came to gameplay. Volume Rendering Quality adds a particularly hazy effect in Monster Hunter: World that most players can probably live without unless they have a great rig to run it.

Keeping the effects and setting my graphics at variable, I managed to land at around a semi-stable 30fps. The game ran fine and hunts were smooth, while the graphics stayed absolutely gorgeous. It’s still worth pointing out, however, that Monster Hunter: World still looks pretty stunning even on low settings, but even then, it seems like you’d need some pretty decent specs to make the game run smoothly on your device.

As for the controls, Monster Hunter: World feels perfectly fine if you prefer to play on your keyboard and mouse. Combos flow pretty seamlessly when you’re using melee weapons, such as the Sword and Shield or Hammer, while you may need to toggle your controls a bit if you prefer ranged weapons. On that note, Monster Hunter: World on PC does support a controller, which I did get a chance to try. Both options honestly work fine, and there’s no going wrong with picking either one. 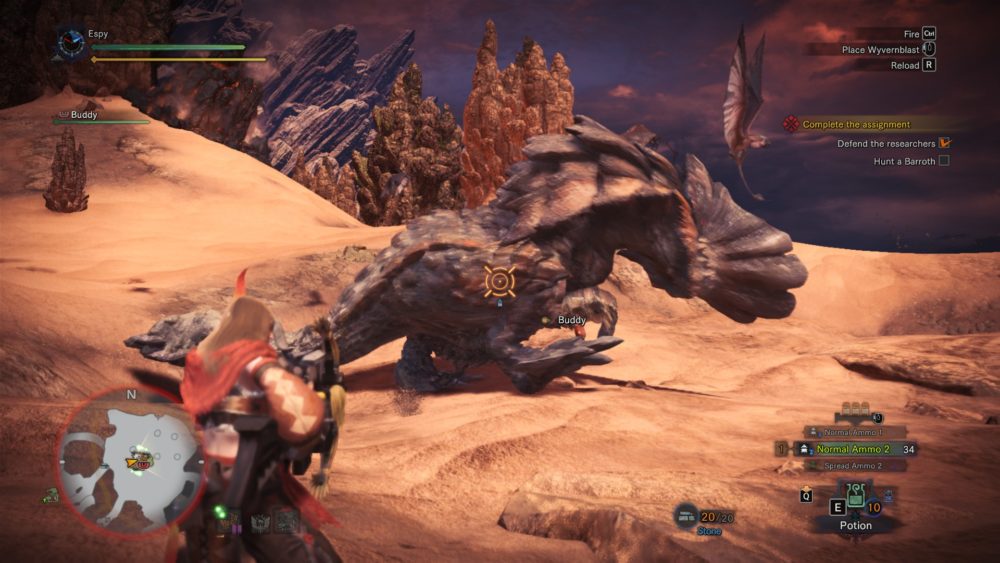 So far, there aren’t any particular technical issues worth bringing up about Monster Hunter: World on PC. There was one instance when my game crashed mid-hunt, losing all of my progress up until that point. Luckily, Capcom was quick on the case and rolled out a patch shortly after reports of the game crashing on PC. Since then, I haven’t stumbled across any other crashes or bugs on my end.

Hunts are always better with friends, and Monster Hunter: World thrives on its multiplayer mode. You can hunt with up to three other people by creating a lobby or joining others, and while the online mode is still pretty dormant, I managed to play a few rounds with a few players. Multiplayer is still a blast, and there were no signs of connection or lag issues during the hunts. The other hunters and monsters flowed fluidly with no rubber-banding or teleporting, because no one would want a Great Jagras flying around like a Super Saiyan-charged Rathalos.

Monster Hunter: World on PC stays true to its console counterpart with the same tight combat and gorgeous graphics, giving new players at a shot at the series. The latest entry is definitely a demanding one but allows for a few compromises to make things actually work. On that particular note, Monster Hunter: World on PC also seems to be the best version of the game you can get your hands on. With an amazing rig, you can probably crank up your settings and get some amazing results, even surpassing its console counterparts. Capcom did a solid one with this port, and it’s definitely worth looking into if you’re a newcomer or veteran to the series.