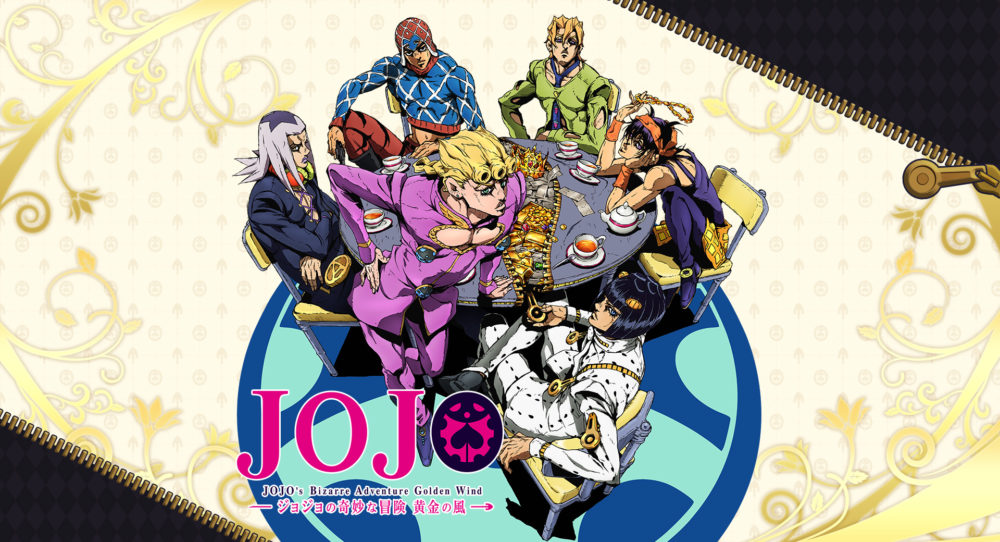 After an almost unbearable two year long wait, Part 5 of JoJo’s Bizarre Adventure is finally upon us. Posing enthusiasts rejoice! This new season, titled Golden Wind, follows wannabe gangster Giorno Giovanna in Italy, as he makes his way through the ranks of the Passione gang. We won’t spoil how exactly Giorno relates to the rest of the Joestar family, but needless to say that it’s a pretty distant relation. This latest promo gives us a quick look at Giorno and his stand, Gold Experience.

Golden Wind is packed with some of the most over the top characters of the manga’s incredibly long run. The likes of which include Bruno Bucciarati and his zipper themed stand, Sticky Fingers. Bruno, for the JoJo’s meme enthusiasts out there, is responsible for that licking scene from the manga. Part 5’s villains are also some of the best in the series with Diavolo and King Crimson set to be a scene-stealer in the upcoming adaption.

Debuting in 1987 from now legendary mangaka Hirohiko Araki, JoJo’s Bizarre Adventure has had an incredible run of over 30 years, and is still going to this day. JoJo’s Bizarre Adventure is a tale that spans generations as if follows the descendants of the Joestar bloodline and their eternal struggle against the evil machinations of the vampire Dio, and his many followers. The manga is currently on its eighth chapter titled Jojolion, and shows no signs of slowing down.