There’s likely any number of awesome late 90s and early 2000s track that come to mind when thinking of any game in the Tony Hawk series. Each had a phenomenal soundtrack that really added to that feeling of grungy skateboarding. But if we had to pick one standout that absolutely defines the era of Tony Hawk-fever, Guerrilla Radio by Rage Against the Machine has to go down as the most memorable. Remember that the opening of Tony Hawk’s Pro Skater 2?

That iconic reel of action footage, highlighting skateboarders pulling off a slew of dope tricks while Rage rocked in the background. Totally awesome! Pro Skater 2 was one of the best entries in the entire Tony Hawk series, and starting up the game every time on PS1 would greet you with that opening song. Of course, the song could also play during the game while you’re skating, but it’s the opening that made Guerrilla Radio so synonymous with Tony Hawk.

Ain’t No Rest For the Wicked – Borderlands 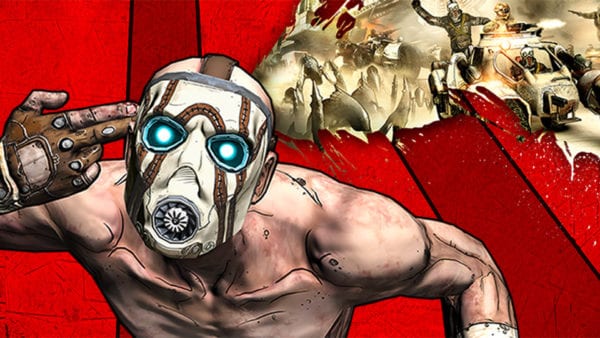 Licensed music has been used to great effect in the openings of video games, but Borderlands really nailed its entire tone by using an upcoming artist’s song. The stylish opening of Borderlands is set to Ain’t No Rest For the Wicked by Cage the Elephant, which hit right as the band was starting to make it big. With some great timing set to the music, the opening introduces each of the four main characters and really helps set the tone for the overall experience.

This is one case where Borderland’s opening surely led to quite a few people discovering Cage the Elephant, and there’s no way you can’t think of Gearbox’s shooter series whenever the song comes on.

The Man Who Sold The World – Metal Gear Solid V 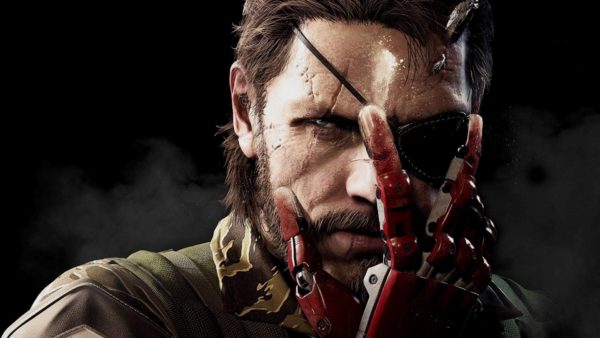 The Man Who Sold the World is originally by David Bowie, but Metal Gear Solid V: The Phantom Pain used a cover of the song by Midge Ure. After the explosive opening of the Phantom Pain, The Man Who Sold the World begins playing with its 80s synth style as Snake undergoes surgery. The song ties in perfectly with the game’s themes, especially considering who’s actually under surgery, and it’s already a phenomenal song that helps set the tone for the whole game.

The Phantom Pain actually has a wide variety of great 80s music (Kids of America, anyone?) that’s used, but The Man Who Sold the World is easily the most recognizable and memorable from the game’s soundtrack. As a fun note, Hideo Kojima is actually quite the fan of David Bowie, and the musician’s influence can be seen at multiple points in the series, like Big Boss’ private military company named Diamond Dogs, after the Bowie song of the same name. 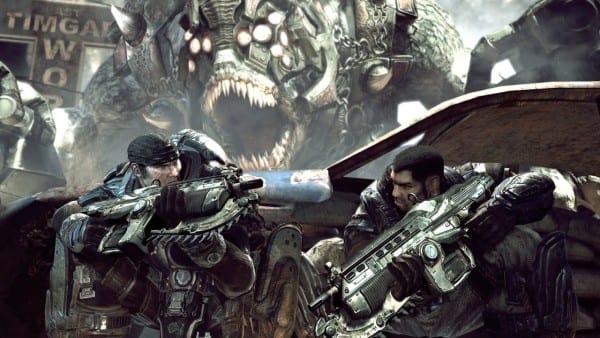 For many, Mad World by Gary Jules is a song that has become synonymous with Gears of War, due to it being featured multiple times throughout the series. The first use of Mad World was in the phenomenal trailer for the first game. Despite being a violent title packed with muscle men, the early trailer painted a bleak and emotional tone for Gears of War. It’s considered by many to be one of the greatest video game trailers ever made, but it wouldn’t be the last time we’d hear Mad World in Gears of War.

An instrumental version of the song then featured in the campaign of Gears of War 3, bringing things full circle by highlighting the emotional death of Dom. Going from trailer to actually being featured in the game is proof enough that Mad World can be associated with Gears of War.

Beyond the Sea – BioShock 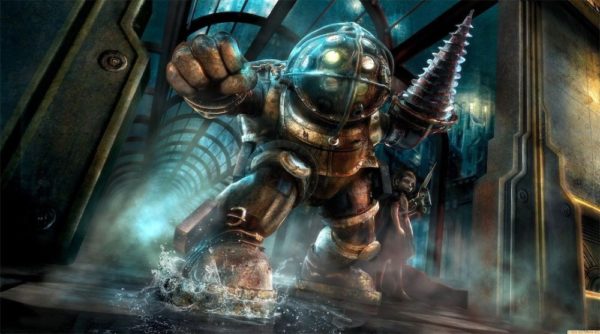 Another song that went from trailer to being featured in the game is Beyond the Sea by Bobby Darin. The 1960s classic was featured in an unforgettable trailer before the launch of the first BioShock, that featured a Big Daddy absolutely destroying some poor splicer. The memorable imagery of BioShock really stuck out, and Beyond the Sea fit perfectly with the underwater city of Rapture, so much so that’s it’s almost impossible to not think of Rapture when you hear the song. 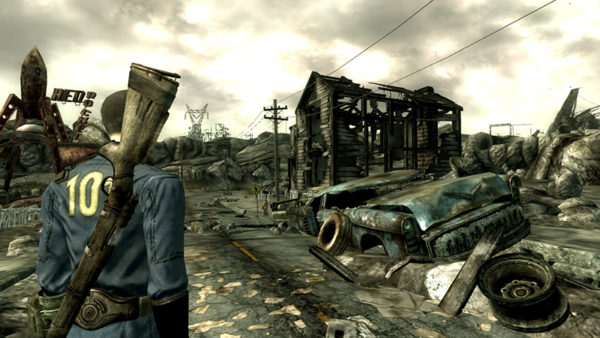 Yet another song that shows the power of licensed music in video game trailers, I Don’t Want to Set the World on Fire by Ink Spots was used in the debut trailer for Fallout 3. The teaser showed us a Fallout world reimagined from its counterparts in the past, and the lyrics mixed with the dystopic Washington scenery made for one memorable reveal.

Of course, this wouldn’t be the last time you’d hear the song in Fallout, oh no. If you listen to the radio in-game, I Don’t Want to Set the World on Fire could have come on any number of times, filling your ears with its wailing melody while you explore the wasteland. 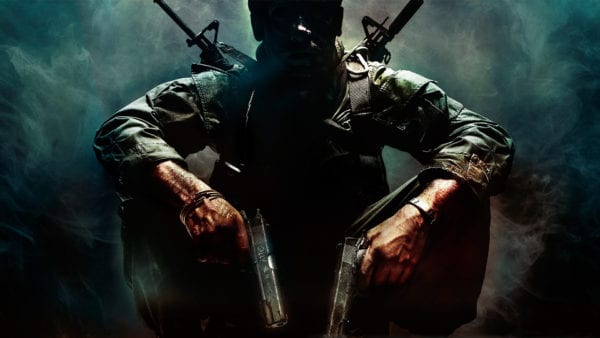 At this point, Call of Duty has a long history of using licensed music both in-game and in trailers, and Sympathy For the Devil by The Rolling Stones is definitely one of the most memorable. After using Gimme Shelter by The Rolling Stones in the launch trailer, the mission Crash Site had a great opening that played Sympathy For the Devil while piloting gunboats through the jungle. It’s one of the more standout moments of the campaign, but it’s not the only use of Sympathy for the Devil as the song would also appear in the game’s end credits.

Late Goodbye by Poets of the Fall is used as the main theme song for Max Payne 2, and it’s also used multiple times throughout the game. There’s a good reason for the song being featured as Sam Lake, the writer of Max Payne 2 and a key figure at Remedy, is good friends with Marko Saaresto the founder and lead vocalist of Poets of the Fall.

Outside of being the theme song and heard during the credits, Late Goodbye is often hummed or whistled by enemies in the game when they aren’t busy. You also hear it at multiple points in the story, with Max trying to play it on the piano in one mission and Mona Sax singing it in the shower later on. The song is so intertwined with Max Payne 2, that you really can’t think of one without the other.

All I Want – Crazy Taxi

If you played Crazy Taxi you absolutely remember All I Want by The Offspring, as it was used for the theme song of the first game on Dreamcast and in arcades. Outside of being used in the opening, you doubtless heard this song multiple times while driving around like a madman dropping off passengers.

The frantic pace of All I Want is absolutely perfect for Crazy Taxi, and hearing this song while playing only increased the stress and urgency, as you plowed through cars, benches, and whatever else got in your way. One time driving this thumping in your ears, and you won’t be able to think of anything else when it plays. 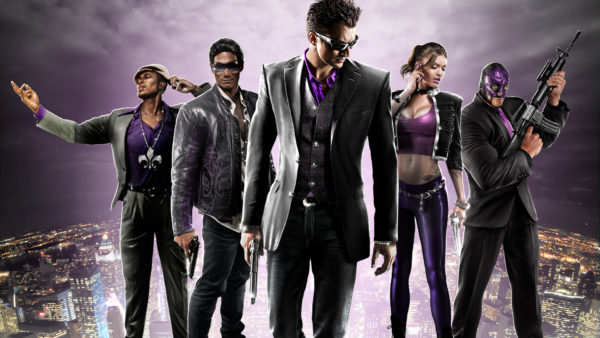 Video games and hip-hop have a long history together, and Saint’s Row The Third found a particularly memorable way to use Power by Kanye West. The song was first used in a gorgeous CG trailer for the game, showing The Saint’s coming under attack in their own backyard.

This was then reversed when the game came out as the song again plays during the mission Party Time, which has the Saints attacking a party held by the same group that attacked them. It’s a smart way to use Power, and the tone and lyrics of the song just happen to be a perfect fit for Saint’s Row. Kanye West is obviously a huge artist, but it’s hard not to think of the 3rd Street Saints when Power comes on.