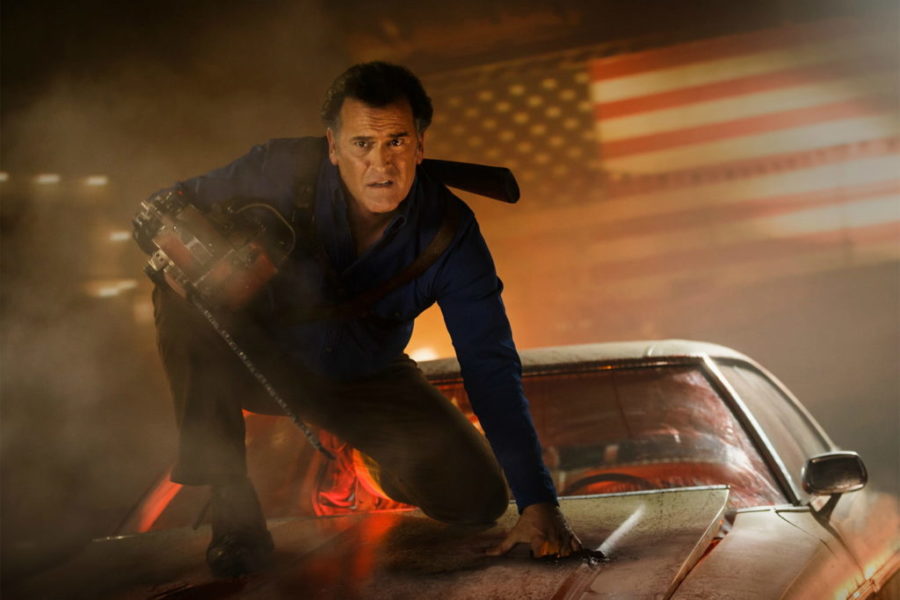 Horror fans rejoice! A new video game in the Evil Dead series is currently in development, according to the man associated with the franchise. Speaking to Bloody Disgusting, longtime leading actor Bruce Campbell confirmed that he would be voicing Ash Williams in a new Evil Dead title. Campbell explains that he has “previous obligations,” to the series as a reason for returning to voice his iconic character. Furthermore, Campbell doesn’t want another voice actor to “ham it up,” especially since the game will feature a character he has been so closely associated with for the past three decades.

After Starz canceled the Evil Dead TV show, Ash vs Evil Dead, earlier this year, Campbell announced he would retire from the role of Ash, who he has played in various iterations since the debut film in 1981. Campbell’s retirement announcement led many fans to believe that we would see nothing else from Campbell in the Evil Dead universe, but that appears to not be the case.

Outside of Campbell’s confirmation, there is no other information on the title, including developer, publisher, consoles, or release window. The type of game even remains a mystery, although Campbell did admit that the title would be “a whole immersive kind of dealio.” The implication could be that the game will be in virtual reality, but there is currently no confirmation either way.

This won’t be the first video game based off of the iconic horror franchise; in fact, it’ll be the seventh. The first game, simply titled The Evil Dead, was released for the Commodore 64 in 1984. The other six games, ranging from a 2000 Dreamcast and PlayStation title to a 2011 mobile game, have all featured Bruce Campbell as the voice actor for Ash Williams.

What kind of game would you like to see the new Evil Dead title be? Let us know in the comments down below.