Games With Gold is offering a few choice titles in August 2018, so if you’re a subscriber, you’re definitely going to want to keep an eye out for these. First up, Forza Horizon 2 will be offered as one of the free games for this month. The game still looks stunning to this day, and it’s the perfect title to jump into if you want to get back into the racing mood before the next entry in the series releases later this year.

For Honor is also among Microsoft’s free games offerings for this month. While it did suffer from some issues at launch, Ubisoft has made a few tweaks and addressed some balancing issues. The game also has dedicated servers now, which should make the online play feel much smoother. For Honor is a pretty good pick-up for players who enjoy in-depth melee combat and PvP elements.

We’ve also got Dead Space 3, which is arguably the worst entry in the series. Even so, there’s no denying that the weapon crafting system is pretty fun, not to mention the seamless co-op multiplayer functionality that you’re getting with this one. The story may be garbage, but at least you’ll have fun. There’s also Epic Mickey 2, which, well, I guess you could pick that up if you really aren’t into the other free games here.

You can check out all the free games Gold subscribers will be getting in August 2018 down below: 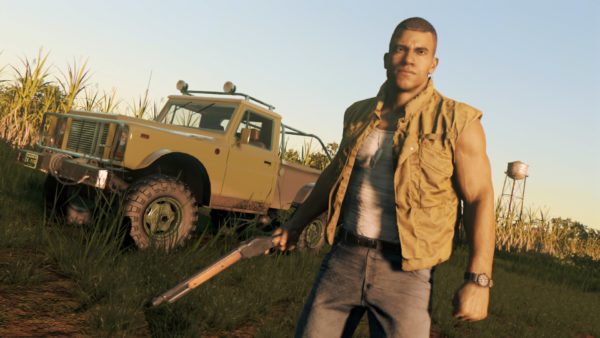 This month, Mafia III and Dead by Daylight will be serving as the headlining free games for PS Plus subscribers. Mafia III was released just a couple years ago, and it’s set in 1968 New Bordeaux, where players take control of Lincoln Clay, who gets caught up in a family turf war. The open world aspect of the game isn’t exactly strong, but the story is what you’re here for, and it can be very compelling at times if you get invested enough in Lincoln’s life drama.

Dead by Daylight probably needs no introduction. It’s one of the most popular modern multiplayer games, where four players will take on the roles of survivors as they try to repair generators and escape the lair of a player-controlled killer. The most interesting aspect about Dead by Daylight is the fact that it features killers from iconic horror movies, such as Freddy, Jason, and Leatherface. If you haven’t given this one a shot already, it’s definitely worth checking out.

PS3 and Vita users will also have a few titles to get into, with Bound by Flame and Space Hulk being offered as part of this month’s lineup as well. Sony is also offering a free VR game called Here They Lie, where players get to explore a creepy city filled with nightmares and monsters. Sounds like a fun time.

You can check out the full list of free games available to PS Plus subscribers for August 2018 down below: 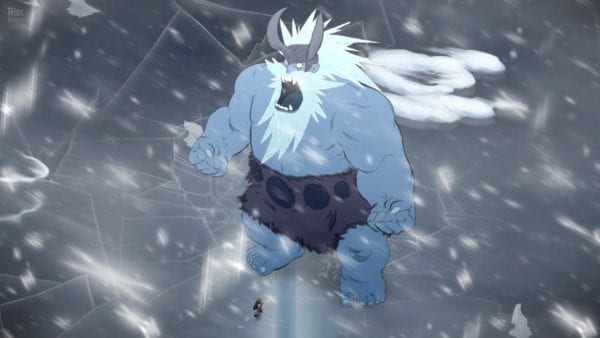 This month’s offerings aren’t as attractive as the ones we got in July, but they’re still pretty noteworthy nonetheless. Jotun: Valhalla Edition and Steamworld Dig are the headlining titles for August 2018. Jotun is a hand-drawn exploration game where you’ll get to journey across a world steeped in Norse mythology, which is great for players who can’t get enough of the recent God of War.

Steamworld Dig is a good one for Metroidvania fans, and it puts players in control of a steambot named Rusty who arrives in a mining town. You’ll have to dig deeper underground to explore a world heavily inspired by steampunk and western settings. The environments are gorgeous, and the unique setting lends the game a lot of charm as well. The game is a bit on the shorter side, but still well worth your time if you’re a Prime member.

Twitch Prime is also offering the Wizardry bundle, which contains the classic Wizardry 6, 7, and 8. Death Squared, the co-op puzzle game, and Antihero, the digital board game, are also available this month.

You can check out the full list of free games Twitch Prime members can get in August 2018 down below:

Every month, Steam gets a bunch of free game releases, and August 2018 is no different. We’ve picked out a few notable games that you might want to keep an eye out for. The first is The Navigator, which is a 2D puzzle-platformer title where players must take control of a boy journeying across the seas, while trying to get the celestial stars and rocks in the sky to align. The screenshots show off a pretty, minimalist art style that looks clean and fresh.

P.A.S. is yet another battle royale game that’s entering the fray in the hopes of competing with its popular rivals. As far as gameplay and environments go, P.A.S. looks pretty generic. However, the screenshots show off a cartoonish chicken running around, similar to Realm Royale, and that has us intrigued.

Lastly, Scorch is a narrative-driven exploration game where players take control of a character who’s been sent to investigate a mysterious arson incident that destroyed an entire family. From what we’ve seen so far, the game itself looks pretty decent, with lovely art direction and eye-catching art style, not unlike Campo Santo’s Firewatch.

You can check out all the upcoming free-to-play game releases on Steam for August 2018 here.