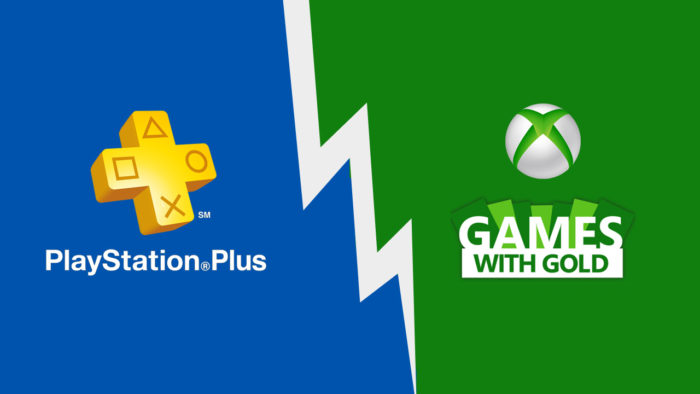 PS Plus vs. Xbox Games With Gold: Which Free Games Win July?

Quantic Dream made a big splash last month with its acclaimed story-driven adventure game Detroit Become Human, and so the big headline PS Plus title for July is none other than one of its most popular previous titles, the Heavy Rain PS4 remaster. For those hankering for a new David Cage game to lose themselves in, that’ll be a big boon. Not so much, though, if you’re completely burned-out, having also already recently played Beyond Two Souls — one of last month’s PS Plus free games.

Elsewhere, there’s also Absolver, a third-person action-RPG with a deep combat system based on traditional martial arts. It features a seamless open-world and the ability to completely customize your character’s skill-set, blending different techniques together according to your playstyle.

If you’ve still got Sony’s previous gen console plugged in, your PS3 free games include the classic 3D platformer Rayman 3 HD, as well as Extreme Exorcism, a pixelated ghostbusting platformer in which players eradicate supernatural spirits amid a spooky haunted house setting.

For those rocking Sony’s handheld, the acclaimed adventure game Zero Escape: Zero Time Dilemma is free this month on PS Vita, as is the action game Space Overlords. Note that, as with Extreme Exorcism, the latter also supports Cross-Buy with PS4, so you’ll have four free games to chose from in total on PS4 this month.

PS Plus vs. Xbox Games With Gold: Which Free Games Win July?

This month’s Xbox Games with Gold free games are headlined by two fairly simplistic, low-budget indie games in Assault Cactus Showdown and Death Squared. But don’t let that put you off, because they pack a whole lot of gameplay. Assault Cactus Showdown is a super compelling twin-stick-shooter that feels absolutely awesome to control. If you liked the frantic action of Housemarque games such as Nex Machina, this has all the same qualities but with a more whimsical and light-hearted tone. As for Death Squared, it’s a hugely entertaining, albeit often very challenging, co-op puzzle game with some exceptional level design that we highly recommend.

The AAA games are over on Xbox 360 in July, with Virtua Fighter 5 Final Showdown and Tom Clancy’s Splinter Cell Conviction comprising the line-up. Fear not, though, as is often the case, they’re also available via backward compatibility. Final Showdown is the definitive version of the Virtua Fighter series with tweaks to its fighting mechanics and new modes. Splinter Cell Conviction wasn’t everybody’s cup of tea when it launched back in 2010 due to its greater emphasis on action than was traditional in the stealth-oriented franchise, but it still earned its share of critical acclaim. If you never got around to Fisher’s adventure as a government fugitive, it’s well worth going back and playing. Particularly so, given that it’s better than twiddling your thumbs patiently awaiting the announcement of the long-overdue next entry in the Splinter Cell franchise.

PS Plus vs. Xbox Games With Gold: Which Free Games Win June?

Despite yet another month in which Sony’s PS Plus free games are headlined by an acclaimed AAA package, we’re giving July to Microsoft and Xbox Games with Gold. And no, it’s not because we’re just tired of QTEs. Well, maybe a little actually… But more to the point, the Xbox games this month are entirely comprised of critically-acclaimed packages that boast stunning gameplay across a range of different genres. From the chaotic twin-stick action of Assault Cactus Showdown and the brain-teasing co-op gameplay in Death Squared to the stealth action of Splinter Cell Conviction and nuanced beat em’ up combos of Virtua Fighter, there’s something for everyone here – both in a single-player and multiplayer capacity.

Look, we get it: Detroit Become Human was a big hit and Sony’s offering something similar for anybody with a voracious appetite for the thrills and spills of Cage’s storytelling. But variety is the spice of life, and we’ve had our fill of that particular flavor, for now, thank you very much. So while Sony’s offering technically packs more value this month with its more expensive and higher total number of games in July, the gameplay package on offer from Microsoft takes the crown.