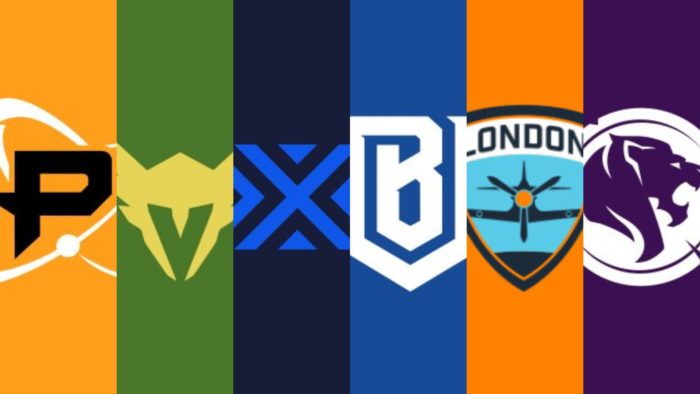 After four long stages, the inaugural season of the Overwatch League is coming to an end with the beginning of the playoffs this week progressing into the Grand Finals in New York City on July 27-28. Only six out of 12 total teams remain, being:

The remaining six have been cut from the playoffs, losing out on the chance to win a prize pool of $1 million. Since Excelsior and Valiant currently lie at the top of the pack, they do not have to compete in the first week of playoffs, making it much more likely they will make it through to the Grand Finals where only two teams compete to become the Overwatch League Season One champions.

Since January, Los Angeles Gladiators and Boston Uprising have proven to be the better teams in comparison to playoff rivals London Spitfire and Philadelphia Fusion, both due to their total map wins and the skills of their individual players. Gladiators have amazing support players like Shaz on Zenyatta and BigGoose on Lucio and Mercy that help their other top players like Hydration and top tank player Fissure shine, while Boston Uprising has two consistent tank players Note and Gamsu and their top DPS player Striker coming up as a player of the day over and over again throughout the stages with his expert use of Tracer and Widowmaker. Therefore, we predict these two teams will likely push forward into the second week of playoffs to go up against Valiant and Excelsior to go to the Grand Finals.

We have seen some teams in the league start out strong but dip in performance since the start of the season, such as Seoul Dynasty or Houston Outlaws who have since both been cut from the playoffs. However, others have been consistent the entire season and our predictions for which two teams will make it to the Grand Finals have got to be the current division leaders New York Excelsior and Los Angeles Valiant.

After London Spitfire beat New York in a close 3-2 to become Stage One Champions, New York won both Stage Two and Three’s championships and continued to be a threat in Stage Four as well despite losing to Los Angeles Valiant 3-1 in that Stage’s Final. These two teams have proven to be the best of the best, but who will come out as the sole winner of Overwatch League Season One?

Despite New York having the most map wins and winning two of the four total stage championships, we predict Los Angeles Valiant will come out as Season One Grand Finals Champions.

Currently they have one of the strongest collection of teammates that don’t just shine on their own, but mesh together as a unit seamlessly. While New York Excelsior does have some extraordinarily strong players such as Pine on flex, JJoNak on Support, and Saebyeolbe on DPS, Valiant’s players are less flashy but still produce win after win often with no one player standing out among the rest due to their compatibility as a team.

The one exception to this statement is Valiant DPS Agilities, who has been one of, if not the most consistently solid Overwatch League player since around Stage Two due to not just his skills on one specific character, but his variability in roles and situations. Best known for his Genji (and resulting Dragon Blades), Agilities isn’t scared to switch off to Zarya if another tank is needed, Junkrat for additional burst damage, Pharah when there is a lack of hit-scan on the enemy team, or even Brigitte in Stage Four (who took up the majority of his playtime) if more support is needed, all while maintaining a high-skill level of play regardless of hero choice. While Agilities does have flashy plays that net him player of the day on numerous occasions, it is rarely due to a solo effort and often his best plays are a result of his expert communication with his team for wombo combos or continuous string kills. If Valiant does win, Agilities’ ability to change roles without sacrificing quality to aid his team in any scenario will likely play a big part in that victory.

Los Angeles Valiant are also a hot team right now, coming off a Stage Championship win with morale likely being at an all-time high. The opposite could probably be said for New York Excelsior, who have likely felt more comfortable after Stage Three having netted two championships before being dethroned, and are now feeling the pressure at securing these final wins.

As well, Valiant and New York have went against each other a total of five times with Excelsior winning three and Valiant winning two, but those two wins both occurred in the final stretch of Stage Four. New York Excelsior seems like the team to beat in Season One of the Overwatch League, and after hitting their stride in Stage Four, Valiant seems like the team to do it.