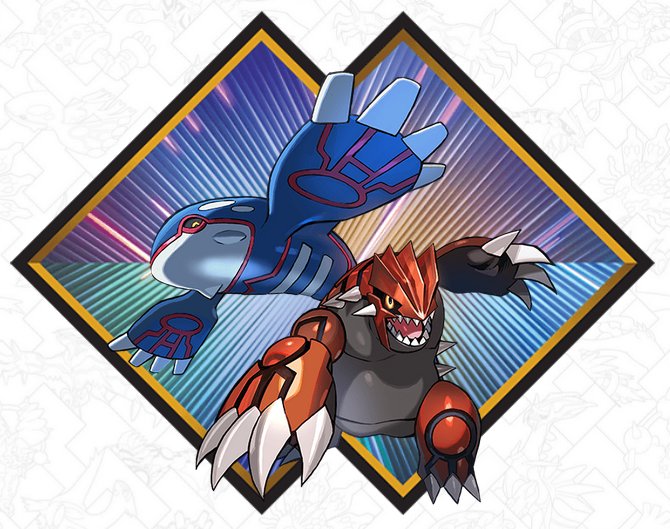 Pokemon’s Year of Legendary Pokemon roars on with Serebii’s confirmation that generation three mascot legendaries Groudon and Kyogre will be distributed in US Gamestops from Aug. 3 through Aug. 26.

Introduced in the third generation of games, both Kyogre and Groudon are habitants of the lush, water-filled Hoenn Region and rule along side the monstrous Rayquaza as part of the weather trio. In the remakes of Sapphire and Ruby, Kyogre and Groudon were both given “primal forms” that reverted both Pokemon back to their most powerful and ruthless states, before humanity attempted to tame their powers in Pokeballs.

The pair has been known to fight for centuries, creating landmasses and bodies of water in the blink of an eye, constantly casting the Pokemon world into chaos with their feuding. Like the case with most legendary Pokemon, once awoken from their slumbers, both Pokemon have the power to destroy cities and countries, but while under the terrifying reign of the Sky-High Pokemon Rayquaza, a sacred balance is kept between them.

Groudon and Kyogre will be available in Gamestops throughout Aug.