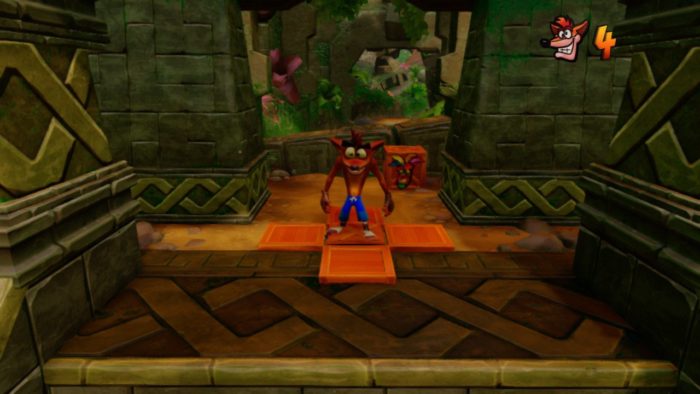 Crash Bandicoot: The N. Sane Trilogy has just smashed its way into the Nintendo Switch, bringing all the heart-racing platforming action on the go. If you’ve been out of the loop, this is the exact same port of the PS4 version that released last year, bundling all three games from the series in one complete package.

When it comes to porting titles on the Nintendo Switch, one of the biggest fears players definitely have on their list are any significant downgrades. However, the console has proved that it can still run demanding titles, such as Skyrim, Resident Evil: Revelations collection, and even Wolfenstein II: The New Colossus without looking like a complete eyesore or suffering from too much performance issues. Fortunately, the same can be said for the Crash Bandicoot: The N. Sane Trilogy Nintendo Switch port, offering smooth gameplay without gimping too much from the original experience.

That being said, the Nintendo Switch port has taken a few hits, particularly in terms of lighting and textures. Crash Bandicoot: The N. Sane Trilogy lacks the same vibrancy on the PS4, making it look a tad darker on the Nintendo Switch. While Crash does lose a good amount of his bright orange hue, he does look a bit more realistic with a more natural palette. However, this has never really been an issue during gameplay, and everything still looks perfectly visible even when exploring the depths of the Temple Ruins.

Moreover, expect to see plenty of motion blur and anti-aliasing, which, depending on your preference, might be a good or bad thing. Fur definition has also been turned down a slight notch, although it really isn’t anything that would distract you during your platforming adventures. Meanwhile, Crash Bandicoot: The N. Sane Trilogy runs at somewhere around 480p in handheld mode and 720p when docked. The game runs at a stable 30 FPS, and while it isn’t 60, the game is incredibly optimized for what it has to offer. I never noticed any slowdowns or framerate hiccups whatsoever, and each game in the collection ran smoothly at its locked frame rate.

Moving forward, the Nintendo Switch port revels in its main selling point: portability. Unlike the PS4, Xbox One, and PC versions of the game, you can play the Switch version wherever you go. I absolutely loved playing Crash Bandicoot: The N. Sane Trilogy comfortably in bed, where I’m not hunched up in frustration over falling countless times in Road to Nowhere. And as far as controls go, I’ve never really had a problem relying on my Joy-Cons to get the job done. Inputs feel incredibly smooth, and the other platforming problems stem more from the games themselves rather than from the controllers.

While the downgrades may have been necessary for the Nintendo Switch port, Crash Bandicoot: The N. Sane Trilogy still runs exceptionally well. Its consistent frame rate is definitely a sight for sore eyes, and the portability really sets it apart from its competition. Having the option to take Crash’s crazy adventures wherever I went was definitely a huge convenience and pretty much outweighs what little downsides this Nintendo Switch port has to offer.