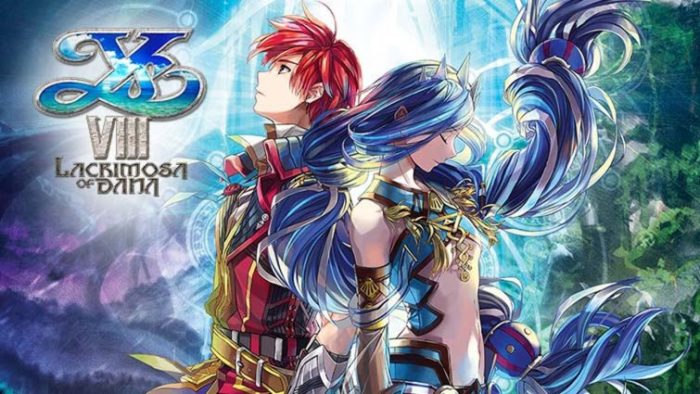 There’s a certain charming quality to adventure games that really push you into going further and exploring everything the world has to offer. From stunning vistas and fearsome enemies, Ys VIII: Lacrimosa honestly has them all. The latest entry in the action-adventure series thrusts Adol into yet another heart-pounding adventure that raises the stakes to a whole new level.

If Ys VIII: Lacrimosa of Dana is your first game in the series, it’s perfectly fine. Simply put, all of the entries in the series aren’t actually interconnected but, rather, are tied together through references that act more like fanservice to longtime fans. On top of that, Ys VIII: Lacrimosa of Dana isn’t even the latest journey in Adol’s long list of adventures, and instead takes place during the events that follow the fifth game, The Lost City of Sand, which released way back on the SNES in 1995. Despite being the eighth game in the series, it acts more like a standalone title.

The game opens with Adol as a passenger on a ship called The Lombardia, which is headed from Xandria to the continent of Eresia. He, along with best pal Dogi, decides to join the ship’s crew to get a free ride, but things take a drastic turn when some sinister creature attacks the sea vessel. This soon leads to a terrible shipwreck and has the surviving members of the Lombardia washed ashore on the mysterious Seiren Island. Shortly after the incident, Adol stumbles across an initial group of ragtag survivors who decide to build a base on the island called Castaway Village. 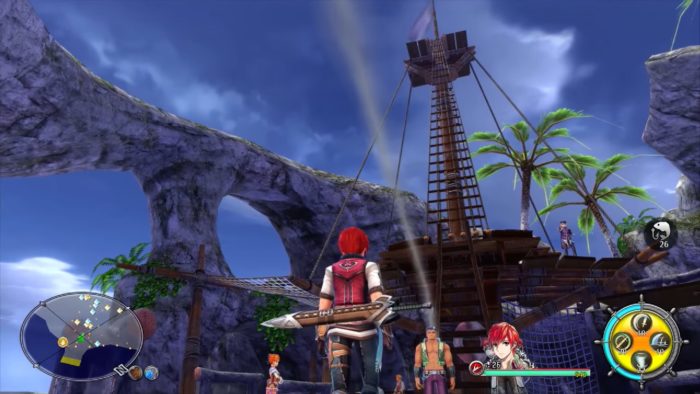 From there, Ys VIII: Lacrimosa of Dana is a mix of exploration and survival as Adol and his combat-ready crew are tasked with finding the other survivors, collecting resources, and mapping the area while everyone else plots a way to escape and keep the village running. Things are as bad as they sound, with Seiren Island teeming with all sorts of wildlife that are out for blood – yours in particular. The mysterious island also houses a wealth of secrets and is home to creatures known as Ancient Species (hint: they’re dinosaurs).

Castaway Village plays a vital role in your journey since it’s basically your overall hub or central station of sorts. Whenever you need to load up on supplies or upgrade your weapons, the village is the only way to do it. There’s no money in the game whatsoever and you’ll be relying on the old barter system to trade or upgrade equipment. While you start out with some meager facilities, your options will begin to expand once you find more survivors across the island. If you’re feeling up to it, you can even take on some villager requests which, in turn, unlock even more options and even increase their approval rating towards Adol.

I was definitely expecting some sort of mediocre, cliched cast of characters as your group of survivors, but the game handled things pretty well. Each character had a decent amount of backstory to delve into, even if they weren’t part of the main playable cast. You could really feel each person’s motivation for wanting to get off that island and return back to their homes, families, or whatever else was waiting for them in civilization. Seiren Island takes a huge toll on their spirits, but throughout the game, you do see them change in ways that stem from emotional growth and hope. Their differences are their strengths, and it was what helped shape Castaway Village into a full-fledged community.

On the topic of characters, Ys VIII is the first game in the series to introduce a main female protagonist named after the game. Shrouded in secrets, Dana shares some sort of special connection with Adol and mainly appears in his dreams, helping him and his crew progress through Seiren Island. Needless to say, she plays a huge role in the plot and going any deeper would lead to some major spoilers, but what I can say is that she does manage to pull her own weight and complements our red-haired hero quite nicely with her courageous and headstrong traits. 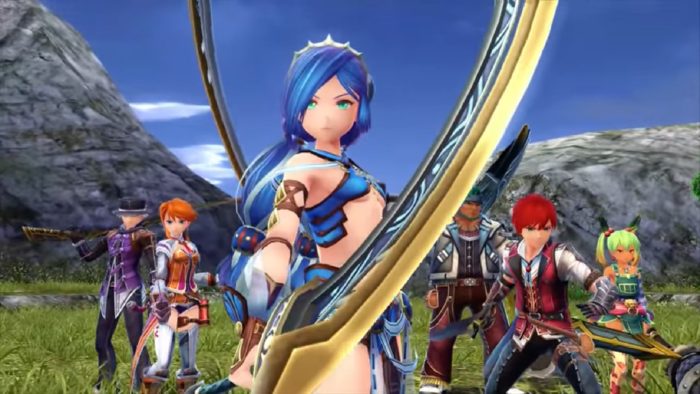 Moving forward, Ys VIII: Lacrimosa of Dana pits you in expansive environments that are freely explorable. What makes the Ys series so fun is its non-stop hack-and-slash action, and the same remains true in Lacrimosa of Dana. Aside from Adol, players can build their three-man team with a pool of six characters, including Adol and Dana. Each fighter has their own specific attack attribute: Slash, Pierce, and Strike, which work effectively against different types of enemies.

Your basic team setup revolves around you controlling one character while the AI controls your other two allies. The AI in this game is absolutely astounding, as your team actually has your back and will annihilate any enemies they see. Switching between fighters in your main team at any time feels incredibly seamless at the touch of the button and really helps keep the flow of combat going, especially when you’re facing off against a group of enemies with different weaknesses.

Each foe you fight in Ys VIII has a Break meter beneath their health bar that builds up whenever you attack their weakness, and once it’s full, it’ll topple them and they’ll take much more damage from your attacks. This aspect plays incredibly well during boss fights, leaving them wide open to a flurry of attacks. It isn’t always about charging in, since you’ll be rewarded whenever you perform perfectly timed blocks, dodges, and skill attacks. There’s no better feeling in Ys VIII than dodging away from an attack during the last second and punishing the enemy for it.

During your travels, you’ll sometimes get alerted by the Castaway Village to defend the area from incoming monster attacks. Most of these SOS calls are completely optional in Ys VIII: Lacrimosa of Dana, but they do come with some valuable materials that are definitely worth keeping. Defending the village basically boils down to defeating waves of enemies and making sure they don’t march up and destroy the front gate. The other castaway villagers will join in on the fight by providing buffs or attacking enemies, which become much more effective the higher their approval rating for Adol is.

The Switch version of Ys VIII: Lacrimosa of Dana runs fairly well and comes with some quite vibrant visuals that really shine whenever you come across landmarks scattered across the island. Both handheld and docked mode run at 30 FPS, which isn’t too jarring, but I did notice a couple of minor slowdowns during several areas in Ys VIII: Lacrimosa of Dana. The Nintendo Switch version also comes with all of the previously released DLC, making this version one of the best you can get your hands on. 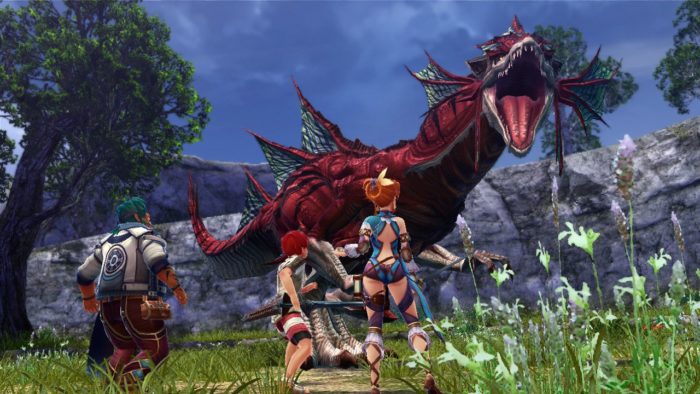 A big qualm I did have about Ys VIII: Lacrimosa of Dana is its wonky button layout, which does take some time to get used to. For some reason, the game is mapped out a bit differently from the previous games, such as Sea of Celceta and Ys Seven. The attack button has been replaced with character swapping, and locking onto targets with X felt clumsy mid-combat. In fact, one reason why I kept dying during the first hour or so of my playthrough was that I kept mistaking the character switching input for the attack button. Luckily, Ys VIII: Lacrimosa of Dana does allow you to change all of the controls for your personal preference if things still feel a bit confusing.

I always found myself constantly moving and exploring everything that Ys VIII: Lacrimosa of Dana had to offer, and whenever I needed to take a quick break from all the tight action, I found myself appreciating the company of my fellow castaways and the natural wonders of Seiren Island. With its streamlined combat system and compelling narrative, the latest entry in the Ys series is another solid addition to the Switch’s growing library and should definitely be on every JRPG lover’s list.