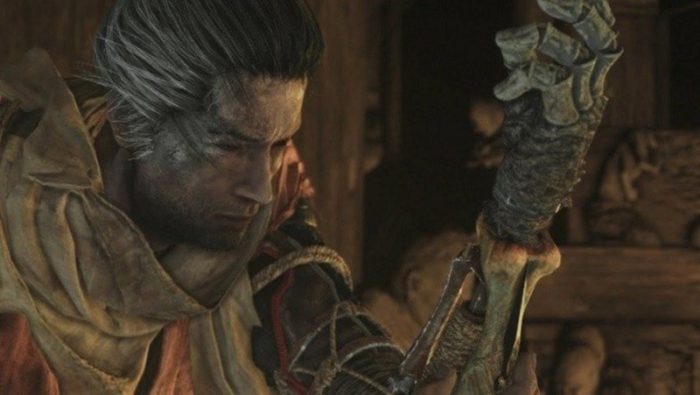 FromSoftware set the gaming world on fire with the release of Demon’s Souls, a punishing yet rewarding experience the likes of which we’d never seen. Since then the Souls series has gone on to sell incredible numbers and has somehow even created an entire sub-genre in the process, known as Souls-likes. With FromSoftware becoming such a beloved company in recent years, fans have been anxious to see their next project, and E3 2018 finally gave us that with the reveal of Sekiro: Shadows Die Twice. As more tidbits of information have come out about Sekiro, it’s become clear that this isn’t another Souls style game, it’s something much different, and that’s exactly what I’ve been hoping to hear.

Dark Souls is great, there’s no argument there, but that greatness came when FromSoftware wanted to try something new. Since then they’ve iterated and made the core Souls experience even better, and other games like Nioh, The Surge, and Code Vein are taking up that mantle.

It seems like for now at least, that FromSoftware wants to move on from Dark Souls, with Hidetaka Miyazaki saying in late 2016 that “It was never our real motive for FromSoftware to be the Dark Souls-only company.” He went on to say that at least for him, Dark Souls 3 is the end. This is evidenced by the highly different projects the developer has since announced, including the VR title Deracine and, of course, Sekiro. For example, during our behind-closed-doors demo of the game, we learned that Sekiro is entirely single-player focused, and won’t feature any kind of multiplayer elements.

While Dark Souls is known for its unique gameplay systems, it’s cryptic style of storytelling is equally infamous. Bite-sized pieces of lore and story are given through item flavor text, notes in the environment, and more. Storytelling is a strong suit of FromSoftware, and during our demo we were told the company really wanted to see what they could do by doubling down on single-player. This results in one singular main character, no character creation and classes. Instead, the as of yet unnamed character is a highly skilled ninja with a strange prosthetic arm that can swap out different tools. Seeing the typical dark and decaying themes of FromSoftware’s stories in a new way is tantalizing, and even just in the reveal trailer Sekiro looks like its world is oozing personality and mystery.

I’m more than happy to give up that element of freedom that I get in Souls games for something more focused, and seeing what the interesting mind of Miyazaki can cook up.

On the gameplay front, Sekiro also looks quite different, with a combat pacing just as fast, if not faster, than Bloodborne. There’s much more verticality due to the ability to jump and use a grappling hook, and the game has a big emphasis on blocking and parrying, even introducing a mechanic called posture for both you and the enemy. Posture goes down as you’re attacked or block, and if posture is depleted it opens you, or the enemy, up to massive damage. Sekiro immediately drew comparisons to another FromSoftware property when it was announced, Tenchu, but it’s only introducing stealth elements, and the developer was quite clear that this is an action game first and foremost.

Although FromSoftware couldn’t detail exactly how the system will work, Sekiro features a resurrection system, letting players jump right back into the battle to try and finish things out. This stands in stark contrast to the punishing death system of Dark Souls, and as a mechanic has the exact opposite function.

Some fans are, no doubt, disappointed at how different from Dark Souls all of this is sounding, but at least for my part, I think FromSoftware deserves the benefit of the doubt. They’re a company that has flourished by trying new and unique things, and their track record has been pretty stellar in recent years. For those of us wanting that Souls experience there’s still plenty of games coming that carry on that legacy, but after what FromSoftware has done with the series they deserve to move onto something new.

I want something fresh and exciting, with new ideas and mechanics that we haven’t seen, and Sekiro looks like it could be just that. In an industry inundated with sequels, prequels, and successors, it’s a grand thing to see a beloved company have the courage to break from what they know and do something different.