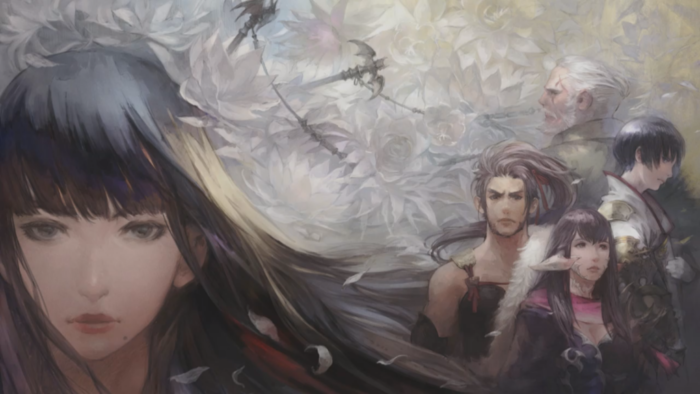 Do be warned that this article contains very major spoilers for Final Fantasy XIV’s main story up to Stormblood and patch 4.3.

Since the start of A Realm Reborn, Final Fantasy XIV has never shied away from shocking deaths and brutality in its story. We’ve witnessed the deaths of our favorite characters (RIP Haurchefant and Papalymo), suffered betrayal at the hands of close allies (damn you Ilberd), and have had to say goodbye to close friends, even if they weren’t technically dead (we miss you Minfilia). All of that paled in comparison to the new story arc we got in last year’s Stormblood expansion.

This story arc centers around the take back of Ala Mhigo and Doma, both of which have been oppressively crushed by the Garlean Empire. What’s special about this story is that it’s a remarkably deep dive into the state of two previously sovereign territories that have spent so much time under the control of their enemy. It’s one thing to write a heroic tale about going back to reclaim your homeland from the Empire, but it’s another entirely to discuss the broken state of the people who have had all their hope beaten out of them over the years. Stormblood’s story is held in such high regard because it’s not about taking back your homeland, it’s about finding hope where there’s none to be found.

In the middle of all that is arguably Final Fantasy XIV’s most interesting character to date. Yotsuyu is presented as one of the central antagonists in Stormblood, and her story is fascinating. She’s Doman, but she chooses to join the Empire and ends up acting as viceroy over her own homeland and oppressing her own people. Yotsuyu’s a real mean one, too; she’s extremely gleeful when she gets the chance to torture people, and she plays the part of the cruel tyrant perfectly. She takes pleasure in (literally) stamping on people under her feet, and she never plays fair. And that’s why, when we finally get to take her down in the expansion, our victory feels satisfying. She’s that evil.

At the end of Stormblood, Final Fantasy XIV tricks us into believing that she’s dead, but the game pulls yet another Nanamo and reveals that she and the samurai Gosetsu are actually still alive. The next few story patches then delve more into their stories, developing Yotsuyu further, and finally cementing her as one of the best characters I’ve ever seen in a Final Fantasy game.

The whole “oh they’re actually still alive!” bait-and-switch narrative tactic is annoying, especially since Square Enix already did it once with Nanamo, but I quickly changed my mind when the story proved to be all the more interesting because of it. In the last couple of patches, we’ve been spending time with Yotsuyu, now lovingly referred to as Tsuyu by Gosetsu, who’s lost all memory of her time as Doma’s viceroy. To that end, our heroes have to hide her from the general populace, lest they recognize her and are incited to take violent action against her as a traitor to Doma.

The relationship between Tsuyu and Gosetsu is a heartwarming one, as we finally get to see both characters live out specific phases in their lives that were either cut short or taken from them entirely. For Tsuyu, it’s her childhood. Abused by her parents and sent to be a courtesan, she’s never enjoyed parental love or had the privilege of growing up in a normal household. After losing her memory, she exhibits childlike behavior and finds that lost parental affection from Gosetsu.

As for our hardened samurai, we learn in Final Fantasy XIV’s latest patch that perhaps his own attachment to Tsuyu is a result of him losing his child. It’s certainly a very cliched explanation, but in the context of Stormblood’s setting where families are ripped apart all the time, this rationale works.

In patch 4.3, we finally get a conclusion to Tsuyu’s story and, as expected, she eventually regains her memory thanks to Asahi’s meddling. When we see the return of Yotsuyu, she’s not quite how we remembered her back in Stormblood, even if she has seemed to regain her bloodlust and sadistic tendencies. The game makes it abundantly clear that our newly reborn Yotsuyu has simply resigned herself to her fate, acknowledging that, in light of all she’s done, there’s just no coming back from that and no possibility of potentially living out a new life in Doma as Tsuyu. Similar to what we saw in the Stormblood arc, when there’s no hope or forgiveness to be found, Yotsuyu simply accepts her role as a tyrant and ends up playing straight into the hands of the Garlean Empire.

After the Warrior of Light finally takes her down at the end of patch 4.3, she even spends the last of her strength to take one more life: that of her own brother’s, Asahi. It’s very poetic that a violent character like that should close out her own life with one last kill, and she certainly doesn’t hide her satisfaction in doing so. Despite all that, her final moments indicate to us that maybe, just maybe there was a small part of her that still wished for a chance at a new life.

Patch 4.3 marks the end of the Stormblood arc, and it’s a fitting one. Just like the rest of the people of Doma, Yotsuyu was simply another casualty of war who had all the hope and compassion beaten out of her. Unlike her brethren, however, her loss of hope manifested in a different way: by becoming a tyrannical ruler who ended up this way because of how her own people treated her. Yotsuyu will undoubtedly continue to be a polarizing character for FFXIV fans. On one hand, she’s done countless unforgivable things to Doma, and it’s easy to dismiss her as someone who’s irredeemable. On the flip side, we’ve also seen that Tsuyu lives inside her as well. And as the Warrior of Light aptly surmised at the end of the patch, that was a girl who deserved a kinder fate.