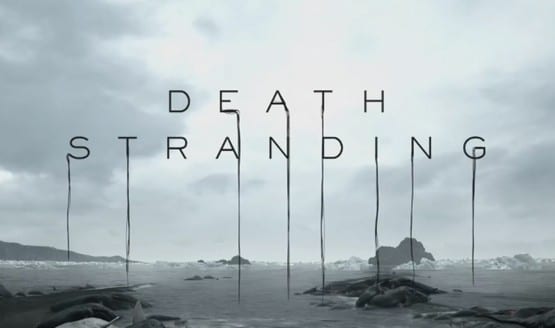 It wouldn’t be a Kojima masterpiece without confusing trailers that are nearly impossible to deconstruct, but by keeping a sharp eye, hidden details begin to appear with each viewing of the new Death Stranding trailer. Here are a few details that may have slipped you by during Sony’s E3 conference.

The Revelation of Sam’s Name and His Role/Story

Right from the start, the main character is given a full name by a mysterious woman’s voice, Sam Porter Bridges. For those who have been keeping up, Bridges is the name of the organization whose logo has been shown several times in previous trailers. Knowing Kojima, this is anything but a coincidence. The woman also goes on to refer to Sam as “the man who delivers.”

It’s possible that Sam is the leader of this clearly widely known organization, or at the very least he could be a clone produced by the organization. Going off of the theory that Sam may be a clone designed to birth offspring, he’s possibly named after the organization that created him, which would also explain why the word “porter” is printed on his delivery uniform and why it is his middle name. Possibly, while there are regular deliverymen, “porter” is the role filled by Sam and those than can actually give birth to clones.

Fragile and the Feuding Companies

The woman is later shown to be wearing a stylish, spiky uniform with another company’s logo on it, Fragile. As the company’s full name is Fragile Express, it can be insinuated perhaps that she works for a rival company.

This presents an interesting facet to the game as a warped concept of consumerism is introduced. Even in a catastrophic world of undead soldiers and invisible monsters, buying and selling clones seems to be the main focus of these battling companies and may even push these organizations to resorting to supernatural warfare.

This point can be traced back to the second trailer for Death Stranding as another Bridges employee is fleeing from unseen forces with an incubated baby. Presumably, he is running from the invisible beings, but the end of the trailer reveals that his true pursuer is the monstrous soldier who controls a team of skeleton gunmen, possibly another Fragile agent. The mysterious woman and the soldier can be linked through the similar “be quiet” motion they make in order to warn allies (or their victims) to be completely silent when around the invisible beings. Don’t even breathe.

The woman provides several details that are the source of major speculation. While revealing Sam’s full name in the beginning of the trailer, she also mentions, “chiral allergies,” which may give actual hints at the game’s major conflict and setting. “Chiral,” in chemistry, is basically defined as an asymmetrical mirroring of an object’s image so much so that the mirrored image is non-superimposable. This phrase can be taken as a sort of explanation as to what may be happening to Sam and the other characters.

The word “Dooms” is uttered in the beginning of the trailer, and possibly refers to people that are not entirely like themselves in the actual timeline. Rather, these Dooms are displaced throughout time and reality and represent a separate, altered version of themselves, and this theory may be proven by digging into what the invisible beings actually are. Possibly, the survivors of this second Big Bang, as Sam describes it in the previous trailer, are displaced from their original realities.

The invisible beings, Chirals as they may be referred to in the game, may be the result of this time displacement. Maybe they hunt down the displaced Dooms or maybe the Chirals simply consume whatever life is around them, no matter what they are, by fast-forwarding any organic material well past its point of decay. The phrase “chiral allergies” becomes clear when considering Sam’s ability to sense the Chirals and his physical reaction to them when one touches him.

In the trailer, Sam’s skin breaks out in a rapidly spreading rash while the Chiral climbs his body, possibly confirming that Sam is literally allergic to these beings and can sense them through the pain he experiences or any kind of physical reaction he may have. Despite the Chiral touching him, Sam did not age like his comrade in the previous trailer, but he did begin to age while reaching for a discarded photo in the rain.

Before she disappears, the woman utters the phrase, “The Timefall fast-forwards whatever it touches,” which gives a pretty clear indicator as to why there are so few humans left in this world. It seems that this rain called “Timefall” is some kind of phenomenon that’s wiped out over half of the population, and this explains the drastic, desperate need for clones and those that are deemed deliverymen. Though as the beings also fast-forward time, they may also be interchangeable with the Timefall or the actual source of it.

The Mechanics of Death and Gameplay

Finally, after years of the game’s initial tease, Kojima blesses gamers with a brief taste of gameplay, and it’s extremely telling of how death may operate in the game. It can be noted that throughout the trailers, Sam finds himself lifelessly floating to the bottom of an endless ocean only to open his eyes in a new location. Near the end of the 2018 E3 trailer, a Bridges agent says to Sam, “Chiralium density is still increasing,” while referring to the increasing number of Chirals outside of the warehouse Sam is in. The man goes on to tell Sam that, “if one of those things eats you, it will trigger a void out. You’ll come back, sure, but the surrounding area will be a crater.” These clues give hints as to how death will work in Death Stranding.

Possibly, as a clone, Sam can withstand massive amounts of damage to the point where he dies (hence the scenes of him floating in an ocean) and then comes back in a seemingly new location. As the Bridges agent said, a void out (presumably the massive explosion that occurs near the end of the previous trailer) detonates a massive explosion from the Chirals and wipes out anything in the surrounding area, leaving Sam in a desolate, death-filled crater. This would also help confirm the theory of Sam having some kind of allergic reaction to the Chirals considering the Chirals may also be partially allergic to him, and if enough “eat” him then it triggers an explosion.

After the player dies, they come back as a roughed-up Sam, leaving behind a crater that will remain until credits roll.

Near the end of the trailer, Sam connects himself to his incubated baby, which pretty much confirms the thought that these babies are, for some reason, needed to operate the detectors that allow the deliverymen to faintly see the Chirals. This fact alone may be solid evidence as to what Sam is delivering, as these babies are proven once again to be precious cargo.

The trailer goes on to show that the detector does indeed whine, blink, and turn yellow as the beings grow closer. That said, Fragile Express seems to have given their operatives far superior versions as the spikes on the Fragile agent’s suit stick out when the Chirals are near. The Bridges suits also show that stealth is a massive part of this game as there is a breath-holding mechanic that players must be aware of, and even in the end, Sam was dragged to his death for getting too close to the Chirals.

With each new trailer, Death Stranding somehow becomes less clear with the addition of further details. Though it’s fun to consider how exactly the game will unfold with the tiny details that gamers can gleam from these trailers. Sadly, there’s not a release date in sight, but be on the lookout for any more news and details on Death Stranding.