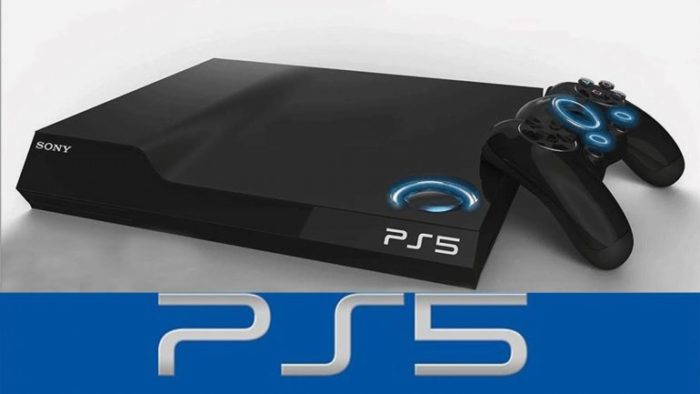 Last week, at Sony’s Corporate Strategy meeting in Tokyo, some vague statements made by President John Kodera pertaining to the future of the PlayStation 4 sent the gaming community into a frenzy. In case you missed it, Kodera stated the console was entering ‘the end of its life cycle.’ The notion sounded more than a little dramatic, as if the console was a sickly old timer soon destined to be six feet under. And so for a brief moment, it seemed to suggest that the PlayStation 5 might be closer to arriving than we anticipated, which then spiraled into all sorts of speculation about whether certain announced projects weren’t actually for the current generation, as we’d presumed.

That is until Kodera then went on to say it would be at least three years until the next hardware would arrive.

So no, Sony’s PS4 isn’t about to die, and equally, the PS5 isn’t certainly ‘at least three years away.’ We’ve all likely overreacted, or at least extrapolated a whole bunch of possible scenarios based on nothing more than a fairly general outline of Sony’s future corporate strategy. Yet the hot potato topic suddenly had me thinking, between scintillating exclusives like Horizon Zero Dawn and God of War, and all the mouth-watering content we already know is in the pipeline for Sony’s current generation hardware, who’s actually asking for a PS5 anyway?

I’ll tell you that the last thing on my mind as I watched Aloy cup her hands to capture falling snowflakes as she gazed photogenically across white plains dotted with robotic dinosaurs was, gee, this game could really use some better graphics. Nor when I scaled Kratos up that dragon’s back to pound Baldur and rescue Atreus, whizzing through the air and then tumbling down from the sky, surfing across the ground on his Guardian Shield as the friction sent bright sparks flying, did I think, man, God of War could have dialed up the visual spectacle a little.

No, whether you’re running a vanilla PS4 or PS4 Pro, nobody in their right mind could surely claim that Sony’s first-party content isn’t already stunningly good looking. Even third-party content like Ubisoft’s Assassin’s Creed Origins and the now three-year-old The Witcher 3: Wild Hunt look utterly stunning, particularly if you’re lucky enough to own an HDR television.

Of course, I’m not suggesting that we’ve reached a ceiling here. On the contrary, there’s no question that cutting-edge PCs completely and utterly outclass console hardware, as they always have. The future will bring ever more photorealistic graphics, and improved processing and memory will surely be capable of expanding the scope of the most ambitious contemporary open-world games by two or three times in even greater fidelity. But I’m in absolutely no rush to get there.

There’s always a temptation to look toward the next big thing in video gaming, the next leap in technology that pushes us closer to what we perceive will create better quality and more immersive gaming experiences. Yet titles such as God of War have surely proven that current hardware already facilitates exceptionally beautiful games, and the scale of today’s open-world design is hardly so lacking that you’d ever cite it as a cause for criticism.

Could you honestly say that Ghosts of Tsushima and Death Stranding would be any more exciting as PS5 launch games? It would be a tremendous year one for the console, unquestionably, and from a consumer perspective, would absolutely make the console a must-buy. But do we actually believe that they couldn’t be phenomenal experiences on current hardware? I enjoyed Infamous: Second Son, but I don’t think it was the pinnacle of what Sucker Punch is capable of this generation. And if Death Stranding is running Guerilla Games’ Decima engine with a pinch of Kojima magic, I’m all in on my trusty launch PS4.

There’s so much more beyond mere aesthetic that video games are yet to improve on before we start hyping ourselves for a new benchmark in visual quality; yet another round of what will inevitably be a launch year of tech-demos and endless comparisons of pixels, frame rates, and a new slew of 4K related buzzwords when the ninth console generation finally arrives. We’re in a golden age right now in which consoles – the PS4, in particular – are well into their stride and producing stunning games, one after another. Creativity, invention, design, polish, and the streamlining of gaming mechanics are features of video games that I’m personally enjoying see come to fruition the most right now. Graphics are at the bottom of the priority pile. They’re done, taken care of; PS4 games look absolutely gorgeous.

The last thing I’m in the mood for is a renewed emphasis on who can produce the prettiest games. Because honestly, that’s historically been a time in which gameplay and innovative design goes out the window in favor of a premium on artistry. I don’t want the PS5 equivalent of Killzone Shadow Fall — a new batch of beauty-before-quality launch titles, this time with the inevitable ‘native 4K’ tagline. No, let’s just enjoy what’s in front of us and keep this awesome train steaming along, please.