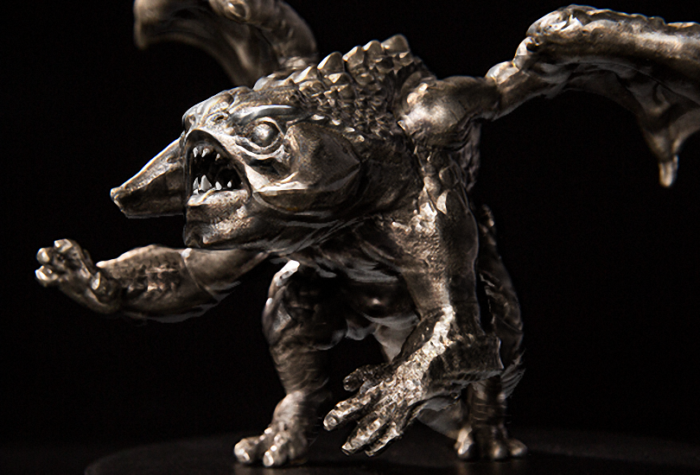 DOTA 2 is a big deal. Many gamers play it, and more than a few participate in its International Battle Pass tournament for fame, glory, and prizes. Mostly prizes. The challenges might be difficult, but the rewards are usually well worth the effort. I say mostly because one of the prizes from the 2017 Battle Pass was supposed to be a lovely statue that didn’t turn out to be as lovely as intended.

While Valve provided many worthwhile International Battle Pass rewards, including tokens and unique character accessories, the standout prize was a physical statue depicting a baby version of the neutral DOTA 2 enemy Roshan. This statue was only rewarded to players who reached Battle Level 2000, which was no small feat. The statue is 8.5 cm x 9 cm with a nickel silver finish. As you can tell from the mock-up, it was supposed to be a finely detailed centerpiece gamers could proudly display:

The final result, however, is significantly less impressive:

As you can plainly see, the statue just looks bad. The details are not crisp and the “nickel silver finish” looks more like plain silver paint, but the worst offenders are the face and the seam lines. The mock-up’s face is scary in a cute way, but the actual statue’s face is ugly, like a dog with a misshapen muzzle. And as a general rule, collectors just don’t like seam lines; they’re an eyesore that ruin the overall aesthetic of the product. Needless to say, DOTA 2 players who spent countless hours fighting up the ladder to reach Battle Level 2000 are not pleased with their reward.

The poor quality of the Baby Roshan statue has lead to many a fan complaint, and Valve has listened. The company released the following blog post in response:

It has come to our attention that the physical Baby Roshan reward for last year’s Battle Pass has had poor production quality yields. We apologize to our fans for that, it is well below the quality we expected. We are going to start from scratch on new production for the statue, and prioritize delivering it as soon as possible to every customer that reached level 2000 last year.

We do not know when Valve will deliver these new statues, but with any luck, they will more closely resemble the initial mock-up. We can only hope that any future Battle Pass physical rewards, especially statues, do not run into the same production quality problems.