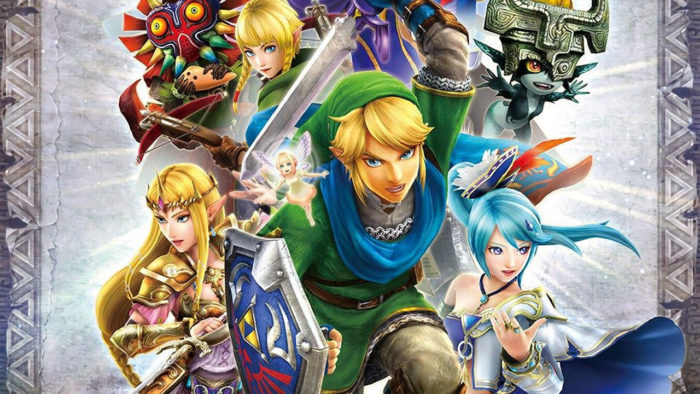 Hyrule Warriors is a delight for the ears. Every stage presents its own unique sets of challenges in the forms of tough bosses and new objectives to complete, but regardless of what obstacles await you in each chapter, one thing stays the same: the clinking of the rupees as they pop out from the bodies of your slain foes. You might find yourself shutting your brain down as you mindlessly mow through endless hordes of enemies, but the dinks that play when you pick up the rupees and the melodic chimes that sound when you open a chest keep you ever-present in this chaotic symphony of an experience.

For the uninitiated, Hyrule Warriors: Definitive Edition is a direct port of the Wii U and 3DS game that sees characters from all over the Zelda timeline get together in one epic spin-off. Developed by Omega Force and Team Ninja, the game adopts the hack-and-slash action combat from the Warriors series and gives players full control over a large roster of fan-favorite characters from The Legend of Zelda. Not only that, Definitive Edition also includes all previously released DLCs like characters, costumes, and new items. There is a ton of content to sink into here, and while this still might be a tough sell for those who’ve already played the original release, it’s a fantastic pick-up for those who haven’t.

The story in Hyrule Warriors is serviceable at best: an evil sorceress has been possessed by Ganon, and the story kicks off when she obtains the remaining two pieces of the Triforce while Zelda herself goes missing. It is then up to Link, Impa, and their new friends to go on a journey together to stop the sorceress and Ganon. Along the way, the story allows us to travel to locales from the various Zelda timelines, and we get to visit locations from games such as Breath of the Wild and Wind Waker.

To my surprise (and delight), I found that Hyrule Warriors also featured some of the most well thought out bosses we’ve ever seen in a Warriors game. The iconic foe, the Manhandla, shows up as an early game boss, and Hyrule Warriors forces players to make use of the various tools at their disposal to take it down. In most Warriors games, you’d have to hack at an enemy until its health runs out, but the bosses in Hyrule Warriors require more thought than that. Each fight is a mini puzzle in and of itself, and you’ll need to analyze its weak points and exploit them in order to win. Considering how the rest of the game pretty much just has you running around a map and freeing keeps along the way, these boss fights often felt like a nice breath of fresh air.

Outside of the Legend story mode, Hyrule Warriors: Definitive Edition also offers up several other game modes to play with. Challenge Mode is comprised of a series of scenarios for you to play through, including the DLC Ganon’s Fury, where you literally get to play as a hulked up Ganon who can destroy everything in his path. The scenarios get progressively challenging as you go on, and they also come with different objectives for you to fulfill. They’re a great way to farm up upgrade materials, and that provides a nice break from Legend Mode when you need one. Adventure Mode is a little more interesting, as players get to unlock new locations on grid-based maps taken straight out of other Zelda games. Each tile offers up a different challenge, and you’ll unlock even more of the map as you complete each challenge.

For the most part, I found myself enjoying the Challenge and Adventure Modes even more than the regular story content. This is where Hyrule Warriors truly shines – by introducing innovative and enjoyable ways to grind for rupees and materials, while also including tons of throwbacks for fans of the series.

On the flip side, Legend Mode just felt like more of the same you’d expect from your typical Warriors game. Each level requires you to fulfill a series of objectives, and they usually involve capturing keeps before they fall, escorting allies from one point to another, or just killing tough enemies scattered around the map. The action combat feels fun and satisfying at first, but like most Warriors games, it quickly gets repetitive as you delve into the later stages. This problem is alleviated a little by the number of characters and play styles available to you, but the basics remain the same and it can get a little tiresome once you’ve sunk a few hours into the game. At least the boss fights are usually pretty fun, though.

Even so, Hyrule Warriors: Definitive Edition is so good at weaving Legend of Zelda elements into its DNA that it’s hard not to get charmed by the game. It brings back the classic sound effects and cues from the Zelda series, and the sound design is just so well-done that you can’t help but feel so damn satisfied each time you pick up a whole slew of rupees after killing a tough enemy. It’s almost a hypnotic experience, even. This is the kind of game you want headphones for, if only to feel completely immersed in Koei Tecmo’s vision of Hyrule and its chaotic battlefields.

New to Definitive Edition is the inclusion of two-player split-screen co-op. While it is nice to be able to enjoy the game with a friend, it’s also worth noting that it does chug a little in the frame rate department when the action gets a bit too hectic. There’s also no way to engage in any form of online co-op, which means that you’re limited to local multiplayer only.

Hyrule Warriors: Definitive Edition will be a much more appealing and enticing prospect to those who haven’t already played the game. This is one of the most fleshed out and content-filled Warriors games I’ve seen in a long time, and even if you aren’t a Zelda fan, there’s still plenty here to charm you if you’re not turned off by the repetitive combat.