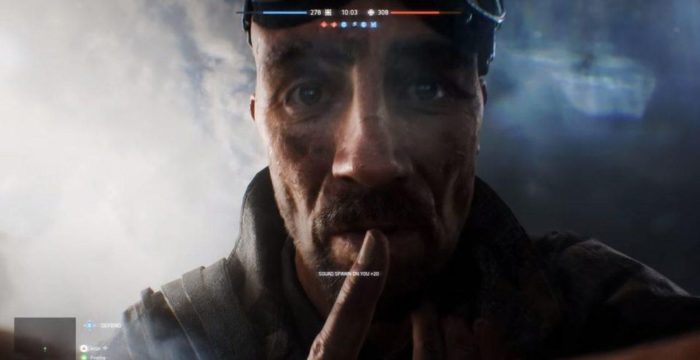 If you’ve been anywhere near the internet in the last few days, there is a good chance you’ve come across the growing controversy surrounding the official reveal trailer of Battlefield V and its inclusion of female soldiers.

While most fans were excited that the game was returning to its World War II setting, a large group had a rather strong reaction to seeing women on the battlefield – even spawning its very own #NotMyBattlefield hashtag – due to its apparent “historical inaccuracy.”

Well, obviously this is utter bullcrap as many soon pointed out. Just to list a few notable female WWII soldiers, there was the Soviet air force unit knows as the “Night Witches”, the highly-decorated secret agent Nancy Wake, and legendary Soviet sniper Lyudmila Pavlichenko that has been credited with over 300 kills, making her one of the top military snipers in history. And that’s not to mention the 400,000 drafted women of the Soviet Union known as the “Red Army Girls”, who also served in the war.

In response to the backlash DICE GM, Oskar Gabrielson, gave his response on the controversial topic earlier today, saying: “Our commitment as a studio is to do everything we can to create games that are inclusive and diverse.”

You can check out the full Twitter thread below:

It's been two days since the reveal of Battlefield V so I wanted to share some thoughts on the reactions so far. It sure seems we created a lot of excitement, and also some questions on a lot of different topics.

First, let me be clear about one thing. Player choice and female playable characters are here to stay. pic.twitter.com/fvi9riUZDM

We want Battlefield V to represent all those who were a part of the greatest drama in human history, and give players choice to choose and customize the characters they play with.

Our commitment as a studio is to do everything we can to create games that are inclusive and diverse. We always set out to push boundaries and deliver unexpected experiences. But above all, our games must be fun!

The Battlefield sandbox has always been about playing the way you want. Like attempting to fit three players on a galloping horse, with flamethrowers. With BFV you also get the chance to play as who you want. This is #everyonesbattlefield. pic.twitter.com/jZkzSRjIwL

Battlefield V is set to launch worldwide on October 19 on PS4, Xbox One and PC, and will definitely include both male and female soldiers. Sorry, not sorry.

You can check out the Battlefield V reveal trailer below: